For the first time in two years, foie gras can be sold by retailers and gourmet California chefs can add the delicacy to their menus. A U.S. District Court judge yesterday ruled that the prohibition on the sale of the fatty liver dish violated the federal government’s regulatory domain. The judge based his decision on the federal Poultry Products Inspections Act, which proscribes states from imposing certain conditions on food. While the city of Chicago passed a restriction (that was quickly overturned), California is the only state to have enacted such a law.

People for the Ethical Treatment of Animals (PETA) was amongst animal rights organizations to criticize the ruling. It is noteworthy that the actual production of foie gras in California remains illegal.

Jordan Bernstein's niche practice includes counseling established chefs, restaurateurs, food and beverage businesses, and working with entrepreneurs seeking to start their own enterprises. In addition, he has advised a number of consumer product companies from concept through multi-year growth and expansion. Mr. Bernstein advises and counsels on structure and financing acquisitions and sales. He provides representation in the areas of business startup, including strategic partnerships and internal structuring, operational matters and corporate formation and governance. Further, Mr. Bernstein is well versed in matters related to branding, licensing, management, consulting, vendor and other contract and transactional drafting. Mr. Bernstein represents some of the most accomplished chefs and restaurateurs in the country. His clients have gained national recognition and acclaim for their accomplishments in the culinary world. Having previously worked in restaurants, he understands the financial and operational necessities that allow concepts and creative aspirations to flourish. Additionally, Mr. Bernstein represents national and regional food and beverage distributors and wholesalers in a wide variety of transactional and operational issues. Mr. Bernstein is a member of M&amp;R's Recruiting and Strategic Planning Committees.

Is Your Hotel Security Staff Exposing You to Liability? November 21, 2016 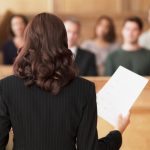 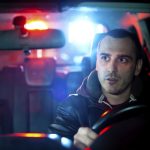