New York State Attorney General, Eric Schneiderman, has made waves in recent months by subpoenaing the popular “apartment-sharing” website AirBNB for information on more than 15,000 of the website’s hosts in New York City.  The subpoenas were issued as part of Schneiderman’s campaign to enforce a 2010 New York law that took effect last year, clamping down on “illegal hotels” across the state.  With the backing of tech trade groups and civil liberties organizations, AirBNB has now mounted a high-profile defense against these subpoenas.  Meanwhile, other destination cities around the globe are taking steps to follow New York’s lead.

Though press is not always a reliable barometer of public opinion, the most publicized reactions to the Schneiderman investigation have been negative.  AirBNB is popular with travelers and hosts, who have turned out in large numbers to petition against Schneiderman’s enforcement efforts.  At the time of this writing, the petition to legalize AirBNB rentals in New York City has gathered close to 240,000 signatures.  To put the significance of this number into perspective, consider that U.S. Congressional candidates need 1,000 signatures on a petition to be placed on the election ballot, and a petition submitted to the White House needs to collect 25,000 signatures before it receives an official response.

AirBNB’s following probably has less to do with the institutional loyalty of its customers and more to do with the rock-bottom rates of AirBNB rentals.  Because AirBNB hosts have low to no overhead, they are often able to underprice conventional hotels by wide margins.  In lower Manhattan, efficiency hotel suites start around $250-$300 per night.  By comparison, a vacationer can rent a full studio or 1-bedroom apartment in the same locations for $100-$200 per night.

So perhaps it comes as no surprise that AirBNB’s customers have bristled at this crackdown, even going so far as to accuse the New York law of suppressing “innovation.”  But it is hardly clear that it is AirBNB’s “innovation” – and not hosts’ avoidance (or ignorance) of the legal complexities of running a hotel business – that makes these savings possible.  Most AirBNB hosts operate in a legal limbo, complying neither with landlord-tenant laws (many hosts in New York City are tenants themselves), nor with the various layers of red tape applicable to hotels.   Yet in New York – as in most states – a lessor who is not subject to one of these regulatory schemes is, by definition, subject to the other.

New York’s law is somewhat unique, in that it prohibits units subject to New York’s Multiple Dwelling Law from being let for anything other than “permanent resident purposes” (30 or more consecutive days).  This law has been on the book for decades – its original purpose was to protect the rental housing supply in New York’s high-density living areas.  The 2010 amendments to the Multiple Dwelling Law simply eliminated loopholes in the text of the statute that permitted “illegal hotels” to skirt the law and lease out apartments in multiple dwelling buildings to shorter-term occupants.  The legal battle unfolding in New York is based solely on these recent amendments, and thus targets only AirBNB hosts who operate out of “multiple dwellings.”

For instance, California’s landlord-tenant law applies to “all persons who hire dwelling units located within this state,” with limited carve-outs for hotels, motels and time shares.  Under California law, an AirBNB host is deemed to be either a landlord or an innkeeper – there is no gray area in between.  Innkeepers and hoteliers in California are subject to special taxes, bailment obligations, and a labyrinth of other legal duties imposed by statute, regulation and case law.  Landlords in California are required to maintain the habitability of all residential premises, must make necessary repairs and provide a range of other services, have limited rights of entry upon rented premises, and generally cannot evict tenants without going to court.  Washington and Oregon make the similar distinctions between innkeepers and landlords, and impose equally complex legal obligations on both groups.

Whether AirBNB hosts are considered innkeepers or landlords under the laws of these states, they are operating in highly regulated spheres with high compliance costs that have, in the past, imposed barriers to market entry.  AirBNB hosts have avoided these costs, but they have done so largely by ignoring the law.  With this advantage, they are able to offer prices that law abiders can seldom match.

This double standard has not gone unnoticed by those holding the short end of the stick in the hospitality industry.  Against the backdrop of the Schneiderman investigation, the Hotel Association of New York City has aired its own plans of bringing a private class action lawsuit against AirBNB on behalf of  its constituents.  The putative basis of this lawsuit – failure by AirBNB hosts to pay transient lodging taxes imposed under state law – would conceivably be applicable to AirBNB hosts outside of New York as well.

While there may be ample legal basis for such a lawsuit, this sort of litigation is not without its drawbacks.  AirBNB has many supporters, especially in younger demographics, and it has defenders in local news media (the New York Times, Huffington Post and NPR have all given AirBNB sympathetic coverage).   Websites have been spinning the Schneiderman investigation of AirBNB as a populist David vs. Goliath story — similar to the crackdown underway elsewhere against Uber, Lyft, Sidecar and other ride-share companies.  There is a risk that hotels could be singled out as the villains of this story if they are perceived to be acting out of self interest rather than fairness– and the direct involvement of industry groups in a private lawsuit would increase this risk.

The Recording Industry Association of America’s (RIAA’s) efforts to prosecute music piracy tell a cautionary tale.  In hindsight, the prevailing view is that the RIAA’s lawsuits against music downloaders backfired by fueling an “us versus them” mentality in which the RIAA became the enemy.  For a time, the RIAA had the distinction of being chosen as the “worst company in the world” by readers of the Consumerist blog.  And yet, for all the RIAA paid in money and reputation, it achieved very little —online music piracy happens more now than ever.    Perhaps this is why the RIAA, after years of pursuing copyright infringers in court, has now sheared away half its workforce and diverted funding from litigation to lobbying efforts.

Most of the present AirBNB reportage is focused on the Schneiderman crackdown, which might be a boon to hotels that wish to see the company subject to stricter rules.  To the extent that AirBNB’s competitors can level the playing field without entering the spotlight themselves, they stand to achieve a double-win.   If the time comes for industry groups to take a more active role in pushing for regulation, they may wish to consider softer alternatives to litigation.  Lobbying and public awareness efforts could send a more positive message that would not be perceived as undermining consumer choice.  The right messaging could go a long way to winning this fight.

What hotels are after – fair play – is in fact pro-competitive.  Competition is not supposed to be a “race to the bottom” in which the winner is the business that cuts the most corners or does the best job of disguising a dangerous product.  Let hotels do what AirBNB does, or make AirBNB do what hotels have to do.  Wouldn’t it provide consumers with the most choice and value if hotels were free to compete with AirBNB on AirBNB’s terms?

Politicians appear to be receptive to hotels’ views on this issue.  The crackdown taking place in New York is based on a law that was passed in 2010.  AirBNB only launched in 2008.  Paris and Berlin have already taken steps to pass similar legislation.  These are promising signs that suggest a solution that does not require litigation might lie within reach.

Feel free to email me or Greg Duff if you would like to know more about this issue, or how we can help.

Originally published on Duff on Hospitality.

Malcolm Seymour is an experienced counselor and negotiator who applies his background in project management and litigation to help project-driven companies resolve business disputes. Combining technical knowledge with an understanding of project methodologies and their pitfalls, he helps software developers, general contractors and subcontractors diagnose the causes of project delays, overruns and failures. By carefully disentangling problems, Malcolm is able to bring timely and cost-effective closure to challenging cases. He works with the firm’s construction practice group, assisting contractors and sub-contractors through the change order process, with equitable adjustments, or in last-resort litigation. Malcolm also works closely with clients in the financial services sector, and has contributed key strategies to shareholder disputes involving prominent global investment banks. Malcolm regularly defends companies and individuals in licensed professions – including law, financial services, and regulated sports – against threats to licensure. Malcolm has helped these clients mount successful challenges to investigations, enforcement actions and suspension proceedings brought by state agencies. 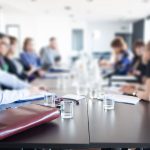 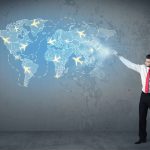