While some countries, such as the U.S., UK, Israel, and the UAE are using mass vaccination campaigns to combat the spread of COVID-19, others in the less developed world remain in the grip of the COVID-19 pandemic. New, more contagious and vaccine-resistant strains of the coronavirus are likely to blame for the surge in cases in Brazil and India. Both countries are facing significant challenges to their healthcare systems. India in particular is dealing with nationwide shortages of medical-grade oxygen, hospital beds, and medical staff. The U.S. government recently authorized diplomats and their families to leave India and advised other Americans there to leave “as soon as it is safe to do so.” It is a race to get populations vaccinated in the global South before the world can truly re-open.

As proof that mass vaccinations are the only way forward to getting back to “normal”, the European Union recently announced that American travelers who had been fully vaccinated would be allowed into the EU this summer. This is a welcome development, both for business travelers and vacationers alike, and will help drive growth in those European countries hit hard by the lack of tourist dollars.

Major hotspots for unrest and conflict include Myanmar, Ethiopia, and Lebanon. Myanmar witnessed a military coup in early February, and the country has been experiencing significant unrest in major cities since then, with the military junta cracking down, killing hundreds of protesters and arresting thousands more. Outside the cities, insurgent groups have begun armed campaigns against the junta. In Ethiopia, conflict in the northern Tigray region has escalated in recent months, drawing in Eritrea and raising concerns over a larger regional conflict. Lebanon is facing an economic and political crisis due to hyperinflation, corruption, and political gridlock. The country may be the next “Venezuela” in terms of significant declines in standards of living and daily protests.

The Biden administration is facing familiar challenges from hostile states, including China, Iran, and Russia. Each of these actors have already begun to test the new administration as they attempt to create leverage and take advantage of certain situations. Most importantly, we expect acute political crises with Iran over its nuclear program, and with Russia over it’s recent SolarWinds cyber-hack and tit-for-tat diplomatic expulsions.

In the wake of last summer’s social justice protests and the 06 January attack on the Capitol, the domestic security environment has significantly worsened. There have been multiple mass shooting incidents since March 2021, including in Atlanta and Boulder as pandemic restrictions ease and we come out of “lockdown”. These were effectively halted from March 2020 due to pandemic-related lockdowns and closures.

On 27 April, the U.S. Department of Homeland Security (DHS) issued a Joint Intelligence Bulletin in which it highlighted the “threat of violence from domestic violent extremists (DVEs) to federal, state, and local elected officials across political parties and political party representatives. Through 2020 and into 2021, some DVEs have been motivated by perceptions of election fraud and perceived government infringement on their constitutional rights, as well as conspiracy theories surrounding the 2020 presidential election and the ongoing COVID-19 pandemic. Corporations who have spoken up about the new voting laws in Georgia and elsewhere are now also at risk for physical threats, online harassment, and calls for boycott.

Mass shooting incidents will continue through 2021 as more and more parts of the U.S. ease restrictions and return to normal. School shootings will also resume as classes return to in-person. While the guilty verdict in the Derek Chauvin trial meant no major unrest, another high-profile policing incident could spark localized (and possibly even national) protests with the potential for indiscriminate looting and property damage to local businesses, including restaurants.

Globally, the pandemic will not ease until most of the world’s population has been vaccinated; however, the high efficacy of Pfizer, Moderna, and other vaccines, especially against variants, means that Western travelers will be able to get back to “normal” by late summer and early fall. Prohibitive quarantine-on-arrival and testing requirements will be reduced or eliminated for those with proof of vaccination, leading to increased travel, both for business and pleasure.

Global Guardian is a provider of world-class security solutions, custom-tailored to the individual needs of its global client base. The company offers an integrated suite of best-in-class security services that help clients identify and mitigate the risks of traveling and doing business both overseas and domestically.

Travel Risk Mitigation July 2, 2019
Resources to Combat the Coronavirus March 7, 2020
How to Manage Stress and Anxiety in the Workplace Amid COVID-19 Outbreak April 9, 2020 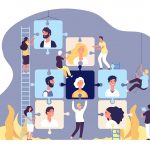 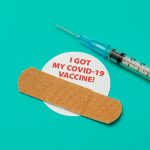