A December 2014 study of the effects of minimum wage violations commissioned by the U.S. Department of Labor (DOL) found associated violations to be “concentrated in the leisure and hospitality industry” and “most prevalent in the service occupations.” The study analyzed the financial and economic impact of minimum wage violations in California and New York on such areas as lost wages, taxes, government programs and poverty.

For companies, owners and operators in the hospitality industry, the DOL’s aggressive enforcement efforts is not news. The industry has been a major target of the DOL over the last decade and part of the estimated $1 billion dollars that has been recovered for 1.2 million workers by the DOL’s Wage and Hour Division (WHD) since 2009.

What should concern the industry is that the DOL seems resolute to not just keep the pressure up on the minimum wage front, but actually increase it. In fact, the WHD has had the hospitality industry in its sites for some time, classifying it as a “high risk” industry. In response to the report, U.S. Secretary of Labor Thomas Perez remarked that, “to address the scale of this problem, we will redouble our enforcement efforts and partnerships to ensure workers take home the wages they earned and deserve.”

As if an invigorated and focused DOL was not motivation enough to treat the wage and hour risk seriously, hospitality industry players are facing significant financial risk from the private plaintiffs’ bar in the form of class and collective action lawsuits. Recent examples include multimillion dollar suits filed against a national restaurant chain and a franchise fast food chain, settlements paid to employees of a chain of New York restaurants and those of an Indianapolis hotel staffing company.

Private lawsuits filed under the FLSA are on pace to hit a new record high in 2014 and top 8,000 cases filed in federal court, easily topping the 7,764 FLSA cases filed in 2013. Nearly a decade ago the number of FLSA cases was half that.

Nationwide chains and franchise operations have proven particularly susceptible to class action risk as plaintiffs’ attorneys have sought to recruit and gather individuals for large classes. NERA Economic Consulting estimated that some 10 percent of all private wage and hour settlements in 2012 involved defendant companies in the food and food services industry alone.

Hospitality companies are particularly challenged by wage and hour issues, because they employ a large number of low wage workers in an industry that often has razor thin profit margins.

But minimum wage is just part of the story. Overall wage and hour violations present similar if not greater risks to the industry. This includes challenges to the use of tip credits (as well as its use with employees who perform tipped and non-tipped roles), allegations of “off-the-clock” work, and alleged failure to pay for training time.

Thankfully, hospitality owners and companies can take definite and immediate steps to mitigate against the risk that alleged wage and hour violations present. The DOL’s most recent study, and the agency’s redoubled enforcement efforts, reinforce the need for companies in the hospitality industry to evaluate their pay practices in an effort to mitigate against the risk of both regulatory and litigation threats.

Hospitality companies should consider a wage and hour audit to identify compliance challenges before they become fodder for the DOL or class and collective action litigation. Wage and hour audits can examine a wide array of pay practices, including worker classifications (exempt vs. non-exempt; independent contractor vs. employee; intern vs. employee; etc.), exposure from off-the-clock work, review of neutral pay practices, and address whether current policies and practices comply with federal, state and local legal frameworks. Depending on the outcome of these audits, companies can then take the steps necessary to address their specific risks.

As evidenced by the DOL’s most recent report, the DOL remains focused on alleged wage and hour violations in the hospitality industry. Whether a hotel, bar, restaurant or food service company, be sure that hospitality industry related pay practices and policies likely will continue to be scrutinized, not just by the DOL, but also your employees backed by plaintiffs’ law firms. Failure to address the inherent risks could spell headaches from both a regulatory and litigation standpoint, along with the attendant financial risk.

Increases to Minimum Wage by West Coast States Are On the Up and Up November 27, 2013
Recent Hotel Incidents Serve as Cautionary Tales of Carbon Monoxide Health and Legal Risks March 26, 2014
Wage/Hour Law Compliance for International Business Travelers and Guest Workers June 30, 2014 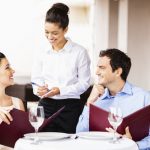