Hotel-Related Arbitration & Other Dispute Resolution Mechanisms (As Alternatives to Litigation)

Hotel-Related Arbitration & Other Dispute Resolution Mechanisms (As Alternatives to Litigation)

Any lawyer considering a hotel-related agreement such as a hotel management agreements or a franchise agreement knows that mediation, expert resolution and arbitration are among the means employed to resolve owner/manager disputes. These alternative dispute resolution mechanisms are not unique to hotel–related agreements and are seen generally in contract disputes as a way to avoid costly litigation and the time consumed by having to await one’s place on the judge’s calendar.

Mediation means the intervention of a person chosen by agreement of the parties in conflict to promote reconciliation, settlement or compromise. Most people are familiar with mediation in a marital context. It applies with equal efficacy to commercial disputes as a means to bring the parties ‘into the same room, face-to-face’ so that, with the assistance of a trusted and sometimestrained/certified mediator, the parties can craft a resolution themselves.

For a summary of mediator certification requirements state-by-state, go to: http://www.mediationworks.com/medcert3/staterequirements.htm

A mediator assists the parties to find common ground and, where the parties disagree, to make concessions in the interest of a compromised solution. Mediation techniques include separate meetings with each party, developing a statement of the parties’ exact differences to avoid having the dispute expand in the heat of disagreement and drafting a memorandum of understanding to capture the ‘deal’. This memorandum may be enough for the parties, or it may in some cases go to the lawyers to become a more formal contract or contract amendment.

Mediation may consume time and expense and delay the inevitable hostile or adversarial proceeding, such as arbitration or litigation, where the parties are far apart or one is or both are unwilling to compromise.

If parties disagree on technical matters (as opposed to more legally-centered issues such as allegations of mismanagement or failure to comply with brand standards), they may decide either in advance by having ‘expert determination’ drafted into their contract or in an ‘ad hoc’ manner to jointly appoint a professional with appropriate credentials to the matter in controversy to serve as an “expert” and render a binding opinion on the matter.

This expert should be someone with specific and extensive knowledge in the technical subject matter, such as a CPA in respect of financial accounting matters or an engineer in respect of a matter involving the need to upgrade HVAC systems. The question to be decided should be carefully crafted by the parties as should the degree of latitude that the expert may exercise in reaching a decision.

If the dispute is monetary, the parties may also agree to ‘baseball arbitration’ whereby the expert is required to choose the position of one of the parties as correct and is not free on his or her own to determine some other remunerative value. In any case, the parties should agree either in the contract calling for expert resolution or in their subsequent agreement that the expert’s decision is binding and is not appealable, except for ‘manifest error’.

Obviously, this expert should have no preexisting relationship so that all judgments are objective and impartial.

Expert determination can involve many different types of disputes including:

In ascending order in terms of “severity” of the matter in dispute, the next alternative for resolving disputes is arbitration. By “severity”, I am referring to the either the complexity of the question to be resolved where legal interpretations, document discovery and witness testimony, even expert witness testimony, may be utilized by the parties to present their side of the dispute. In short, the matter to be arbitrated typically is not unlike matters over which parties go to court, but for reasons we will explore, arbitration may be preferable.

As with expert resolution, in arbitration, a neutral third party, or, more commonly, a panel of three parties, the “arbitrators”, are called upon to control the process and resolve the issue, rendering a written, reasoned binding decision, as a judge might render, after a process that is similar to a court proceeding.

The question to be decided should be carefully crafted by the parties by means of an agreed “terms of reference” submitted to the arbitrators. The parties in their agreement to arbitrate may empower the arbitrators to make pre-decision orders (interim relief) as a court would do by issuing an injunction whereby the parties are ordered to do or refrain from doing certain acts pending the outcome of the arbitration.

If the dispute is monetary, the parties may also agree to ‘baseball arbitration’ as in an expert determination.

Obviously, the arbitrators should have no preexisting relationship so that all judgments are objective and impartial.

Arbitrators may be chosen from a list of arbitrators who have been certified by arbitration-sponsoring organizations.

The question of how many arbitrators is worthy of careful consideration. While the perception is that a panel of three arbitrators will likely result in a decision that is more balanced and not subject to an individual’s whim, the process of selecting the three arbitrators can dilute this advantage. In many arbitration agreements, each party appoints an arbitrator, typically after each party interviews its own candidates, and then the two party-appointed arbitrators select the third or “neutral” arbitrator. That word “neutral” may have more meaning than is intended because there may be a tendency on the part of the party-appointed arbitrators, if not to advocate for the party that appointed them, at least they may be a bit biased toward that party. In addition, having three arbitrators, typically experienced lawyers with expertise in the field or retired judges, who are paid handsome hourly rates, can be very expensive for the parties who must also pay their own legal counsel. Two-to-one decisions by the arbitrators may indicate that in their closed sessions, the winning party’s appointed arbitrator may have been more persuasive toward the neutral arbitrator than was the losing party’s appointed arbitrator. Instead, the optimum goal in theory is that the three arbitrators will avoid the temptation of any bias toward either party.

While arbitration may be conducted by the parties in accordance with their own agreed rules or available rules of recognized bodies such as the United Nations Commission on International Trade Law (“UNCITRAL”) and arbitrators may be selected without any particular “certification” or other qualification except as the parties may impose, there are many agencies that facilitate arbitration through the publication of rules, the qualification of arbitrators, management of scheduling and other services, these agencies also charge a fee, typically based upon the amount in controversy. The two agencies frequently chosen in hotel-related agreements are the American Arbitration Association (“AAA”) and the International Court of Arbitration established by the International Chamber of Commerce (“ICC”).

Arbitration can involve many different types of disputes in the hotel industry, but the following are typical of disputes involving the degree of “severity” for which arbitration is suitable as an alternative to expert determination (discussed in a prior article) and judicial resolution:

There are numerous advantages to arbitration as a way to resolve a case.

There are, however, also some disadvantages to arbitration as a method of resolving a dispute.

Sample Arbitration Clause for Inclusion in a Contract

“All claims and disputes arising under or relating to this Agreement are to be settled by binding arbitration in [insert place where parties agree to arbitrate] or another location mutually agreeable to the parties. The arbitration shall be conducted on a confidential basis pursuant to the Commercial Arbitration Rules of the American Arbitration Association. Any decision or award as a result of any such arbitration proceeding shall be in writing and shall provide an explanation for all conclusions of law and fact and shall include the assessment of costs, expenses, and reasonable attorneys’ fees. Any such arbitration shall be conducted by an arbitrator experienced in [insert industry or legal experience required for arbitrator] and shall include a written record of the arbitration hearing. The parties reserve the right to object to any individual who shall be employed by or affiliated with a competing organization or entity. An award of arbitration may be confirmed in a court of competent jurisdiction. Each party shall be responsible for its fees and costs associated with the arbitration and the parties shall bear equally the costs of the arbitrators and other arbitration expenses.”

Case Illustration (Based Upon an Actual Case).

Owner claims that Management Company has mismanaged the hotel for the past X years resulting in losses to Owner of $Y; moreover Management Company has failed the performance test. Owner has terminated the management agreement based on the alleged mismanagement and the performace test failure and seeks $Y from Management Company as damages. Manager claims that Owner has refused to make required capital expenditures to comply with brand standards and has repeatedly interfered with Management Company’s right to exclusive operational control by issuing its orders to hotel personnel and seeks $Z for damages resulting from wrongful termination, recognizing that under the “agency theory” overlaying management contracts, Management Company cannot be reinstated. The matter is well-suited for three arbitrators, all lawyers, experienced in the hotel industry to read the correspondence that went back and forth between the parties about the many allegations, hear witness testimony and cross examination and issue a reasoned opinion (a written opinion setting forth the arbitrators’ reasons) as to the monetary damage claims of both parties. The decision may be enforced in court and is not appealable (1).

Chair of the Hotels and Resorts and Aviation Practice Groups for McElroy Deutsch Mulvaney &amp; Carpenter. ALBERT J. PUCCIARELLI is admitted to practice law in New York and New Jersey. His practice is concentrated in the areas of hotel and resort development and operations, aviation law, general corporate law and real estate law. His experience extends to all aspects of hotel and commercial real estate development and financing and aircraft sales, purchases, financing and leaseback agreements. From 1988 through 1998, he was Executive Vice President, General Counsel and Secretary of Inter-Continental Hotels with over 200 hotels in 70 countries. He served on the Board of Directors of Inter-Continental and was chair of the company's Life Safety and Security Committee and a member of the Development Committee and the Pension and Benefits Committee. Prior to joining Inter-Continental, Mr. Pucciarelli served as Vice President and Counsel to Grand Metropolitan (U.S.) and its publicly owned (NYSE) predecessor, Liggett Group, Inc. He has served as Chair of the Hotels, Restaurants and Tourism Committee of the Association of the Bar of the City of New York (2001-2004) and as Chair of the Aeronautics Law Committee of the Association of the Bar of the City of New York (1998-2001). He is a Director and immediate past President of the Hospitality Industry Bar Association. He has taught International Business Law as an adjunct professor at the Fordham University Graduate School of Business, and was member of that school's Advisory Board (1996-2004). He is a member of the Cheyney University of Pennsylvania Hotel, Restaurant &amp; Tourism Management Board. He is a Director of Skytop Lodge Corporation in Skytop, Pennsylvania, and a consulting member of Cayuga Hospitality Associates. Mr. Pucciarelli's clients include the owners and developers of branded hotels and resorts and hotel management companies. He has also represented restaurant developers and owners, pre-schools owners, commercial drone (UAV) operators and aircraft dealers and repair facilities. He has been selected as an arbitrator in major commercial disputes under the auspices of the International Chamber of Commerce and the American Arbitration Association. Mr. Pucciarelli is nationally recognized for his expertise in hotel and resort development and operations. He is the 2010 winner of the Anthony G. Marshall Award. He has published many articles in the area of hotel development and hotel management agreements. 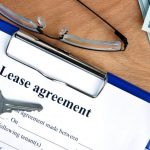 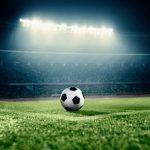