The perils of unpaid internship programs have received much attention in the mainstream media in the past year, leaving some employers decidedly nervous about continuing to offer them. Conde Nast is one company which announced it would no longer offer its internship program in 2014 after two former interns (one who worked at W magazine, the other at The New Yorker magazine) sued the company for allegedly violating minimum wage and overtime laws in a lawsuit seemingly inspired by the high-profile “Black Swan” lawsuit. (See http://www.forbes.com/sites/susanadams/2013/10/24/why-conde-nast-felt-it-had-to-stop-using-interns)

In June 2013, the “Black Swan” case resulted in a partial summary judgment in favor of the two unpaid interns who worked on the set of that movie, and who filed that case as a putative class action claiming they should have been classified as paid employees. That case was brought under the Fair Labor Standards Act (FLSA), New York Labor Law and California Unfair Competition Law. (Glatt v. Fox Searchlight Pictures, Inc., 293 F.R.D. 516, 2013 U.S. Dist. LEXIS 82079.) Simultaneoulsy, the judge certified a class of more than 100 unpaid interns who had availed themselves of prized internships with Fox Searchlight Picture, Inc., working on a total of five films. The case is currently stayed, having been certified for immediate appeal.

The filing of the Black Swan lawsuit in 2011 was sufficient in and of itself to prompt larger and more sophisticated companies, those whose human resources and legal counsel keep them informed of such developments, to assess their unpaid internship programs while monitoring developments in that litigation. In particular, the impact has been seen in the entertainment, fashion and publishing industries — which, due to their glamour have had no shortage of eager applicants for unpaid internships.

However, a look through major online job sites reveals that there remain a significant number of companies who are still willing to take on interns, but some which do not yet know the rules for unpaid internships, or have not considered the risks in failing to carefully evaluate their programs.  In particular, it is apparent that smaller and midsized companies are interested in hosting “interns” who can contribute the social media savvy of their age group to the companies’ marketing efforts.

The exposure to an employer from internship programs which do not meet the test set forth by the Department of Labor (DOL) may be limited to a single claimant for unpaid wages at the applicable minimum wage (including overtime), plus any other penalties or remedies available in the jurisdiction.  But they could also capture the attention of the DOL or the applicable state enforcement agency which might avail itself of an opportunity to levy civil penalties.  There is also, obviously, the potential for a class or collective action.

In order to qualify as a true internship, a program must meet a six-part test.  (See http://www.dol.gov/whd/regs/compliance/whdfs71.htm.)

1. The internship, even though it includes actual operation of the facilities of the employer, is similar to training which would be given in an educational environment;

2. The internship experience is for the benefit of the intern;

3. The intern does not displace regular employees, but works under close supervision of existing staff;

4. The employer that provides the training derives no immediate advantage from the activities of the intern; and on occasion its operations may actually be impeded;

5. The intern is not necessarily entitled to a job at the conclusion of the internship; and

6.  The employer and the intern understand that the intern is not entitled to wages for the time spent in the internship.

Companies cannot avoid the internship criteria by denominating the Assistant as a “volunteer” unless the company is a particular type of nonprofit entity and the assistant is doing a particular kind of work.   See DOL fact sheet 71, for more on this.

Some Listings for Unpaid Internships That Raise Questions:

Here are a few  examples of recently posted internship opportunities on large job consolidation sites which could raise questions:

• A “human capital” company seeking an intern who is highly skilled in math and computer skills to “work with minimal supervision” in the development of Excel spreadsheets for analysis of such things as executive compensation.

• A “market research” firm seeking an e-savvy intern to assist in maintaining the company’s social media presence on Facebook and Twitter, posting updates and tracking traffic.

In each of these three postings, there is the appearance of the company seeking free labor to accomplish tedious work, rather than offering an experience for training equivalent to that given in an educational environment.  There is also the appearance that the assignments to be given to the intern are necessary for the objectives of the companies, and would need to be performed by paid staff in the absence of an unpaid intern.

Outside of the traditional office setting, physical therapy practices are another type of industry which currently walks a fine line in its use of interns.  These practices avail themselves of students to aid in supervising patient exercise routines and applying basic treatments such as placement of electric stimulation pads with minimal supervision after some basic training.  Sometimes these are paid aides, and sometimes they are true internships counting to class credit.  However, the industry frequently allows prospective physical therapy students to serve as “volunteers” in hopes of strengthening their applications to physical therapy programs.  These aides cannot qualify for an unpaid status under the volunteer label because such practices are for profit (and thus cannot use volunteers).  Those prospective students hoping that accumulated hours can count to future course credit may not qualify as interns because they may be found to displace regular employees in that their assistance allows a patient volume that would not be possible without staffing.  That staffing would be paid if not for the supplemental staffing  with the volunteer/intern.  The intern and the practice each derive benefit from the arrangement.  The interns obtain exposure to a real world working environment, but the advantage goes to the employer who does not have to pay for services which are of economic benefit to the employer by allowing paid staff to attend to other patients.

Current postings do include internship opportunities which hew more closely to the criteria.  These postings tend to carefully explain the educational enrichment offered by their opportunities.   Further, some note that interns work “one on one” with staff, and it is clear from descriptions of the intended assignments that the intern’s participation in the task – such as development of marketing materials – might actually slow down the process.

Some Questions an Employer Should Ask About Their Programs:

In evaluating the strength of an internship program, a company might ask itself the following questions:

• Is this an internship for which the candidate could receive a course credit?  Eligibility for school credit is not dispositive, but it is an important factor supporting the internship  a true educational opportunity.

• Does the candidate for an internship already need to have specific skills of the type which would be seen in a job posting in order to be considered?  View this as a strike against qualifying as an “internship.”

• Is the work that will be assigned to the candidate something that allows the company to provide services at an increased volume, and therefore increased revenue?  View this as a strike against qualifying as an “internship.”

• Is the work that will be assigned to the candidate something that allows the company to initiate or complete a special project that would otherwise require a compensated worker? View this as a strike against qualifying as an “internship.”

• Does the work that will be assigned to the candidate provide them with valuable and beneficial experience and training as opposed to work on mundane tasks?  (In the Black Swan case, one plaintiff alleged he spent his internship fetching coffee and lunch for production staff, cleaning the office and taking out trash.   The other alleged he spent his time on purchase order preparation and creating spreadsheets for personnel information.  Both were there as film studies students.)

• Does the internship require a time commitment on the part of the intern which is more typical of an employee?  (The former intern at W magazine in the suit against Conde Nast alleges she worked 12-hour days at her copy editing internship).  View this as a strike against qualifying as an “internship.”

Finally, employers who choose to offer the unpaid internship are well-advised to document the role of the intern, the anticipated training and benefits to the intern, and the contemplation that the intern will have close supervision, feedback and mentorship during their time in the internship which results in a truly educational experience.  As one entertainment industry company advertises to prospective summer interns, “[n]o answering phones, making copies or fetching coffee.  We do that for ourselves.”

1366 views at time of republishing

Ellen M. Tipping is a Partner in the Irvine office of Murchison &amp; Cumming, LLP. Ms. Tipping handles business and commercial litigation of all kinds, through trial and appeal, with a specialty in employment law, providing advice, counsel and representation to employers. Her practice also includes bad faith and professional liability defense, D&amp;O, breaches of fiduciary duties, and healthcare law. Ms. Tipping's employment work includes defending employers in wage and hour class actions, as well as in discrimination, harassment, wrongful termination and retaliation lawsuits in both state and federal court. She also counsels employers on issues including federal and state medical and family leave laws, employee disciplinary matters, disability and accommodation, state and federal wage and hour laws, development of handbooks and policies, and defense of investigations and charges by enforcement agencies. 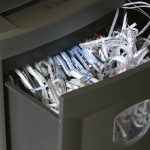 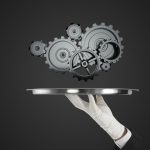