Long Term Hotel Guests Might Not Be So Easy to Remove

Long Term Hotel Guests Might Not Be So Easy to Remove

Hotel owners and operators may be surprised to learn that that under many states’ laws, hotel guests who stay for lengthy amounts of time may be deemed to have become tenants rather than hotel guests.  These hotel companies may be in for a surprise if it ever becomes necessary to ask the guest to leave the property because of nonpayment, inappropriate conduct or a myriad of other issues that may arise with a long term guest.  Once a guest is considered to be a tenant in the eyes of the law, the process of formal eviction under a state’s landlord-tenant statutes, rather than simple ejection from the property under more favorable hotel-guest provisions, may have to be followed, and that process can be time-consuming and costly.

When dealing with a long term guest, rights and duties of the guest and the hotel will vary depending upon the applicable state law, and states vary widely in how they treat this situation.  Although an exhaustive review of all state laws will not be provided in this article, a few specific examples illustrate the story.

Under New York state laws, a “tenant” is defined to include an occupant of one or more rooms in a hotel who has been in possession for 30 consecutive days or longer, but is not a “transient occupant.”  There is no precise standard in New York for determining whether a person is a “transient occupant.”  Rather, the answer depends upon the entire context of the situation, including whether there is evidence that the person has a permanent residence elsewhere and that the period of his or her stay at the hotel is not intended to be permanent.  A number of other states use the “transient occupant” (also sometimes called “transient guest”) concept as part of their analysis on this topic.

In New York, once a hotel guest has become a “tenant,” he or she may not be removed from occupancy of the hotel room unless specific eviction procedures are followed.  For example, a written eviction notice must be personally served on the tenant at least 30 days before the hotel may do anything to recover possession of the room.  Other guests may find it odd that legal eviction notices are posted on adjoining hotel rooms.  If the tenant does not voluntarily leave by the end of the notice period, the hotel must file a petition with the courts seeking ejectment and possession of the room, which requires notice to the tenant, as well as a hearing.  Weeks and months may pass while this process takes its course.

In contrast, Texas treats this situation very differently.  There, no statute exists which defines when the status of a hotel guest may transform into that of a tenant.  That question turns instead upon whether the guest can establish that he or she has “exclusive possession” of the room.  Texas courts have held that “exclusive possession” does not exist where the hotel continues to exercise control over the room during the guest’s occupancy.  “Control” may include the fact that hotel personnel clean and maintain the room and that the hotel maintains a key to the room, among other things.  If a guest cannot establish exclusive possession of the room, then statutory eviction procedures need not be followed for the hotel to eject the guest and recover possession of the room.

Louisiana takes yet a different approach.  There, if at the time a guest checks in, a departure date has been established, then the guest will acquire no additional rights to stay beyond that date so long as the hotel provides a written notice to depart at least one hour prior to required checkout on the last day of the stay.  Although not entirely clear, failure to give the notice to depart by the mandated date and time may result in the guest acquiring additional rights to a longer possession of the room.

Hotels can take some practical steps to try to avoid the formation of a landlord/tenant relationship with their guests.  Establishing a definite termination date for the stay helps to defeat a presumption that the guest intends to “reside” at the hotel rather than merely stay there temporarily.  Documenting that the guest has another permanent residential address provides another piece of evidence that may be useful to defeat a claim of tenancy.  Some other best practices include:

By developing these types of policies and procedures in dealing with long term guests, and by training hotel staff in how to follow them, hotels can minimize the possibility that someone will go to bed as a guest one night and wake up as a tenant the next morning.

Sandy Garfinkel has a diverse litigation practice, which focuses primarily on business litigation with a particular emphasis in the hospitality industry.  He represents hotel and resort management companies, owners and developers in dealings and disputes involving franchisors, vendors and guests.  He also advises those companies concerning compliance with electronic data security laws and industry standards, and in responding to breaches of data security. Sandy may be reached at sgarfinkel@eckertseamans.com or 412.566.6868.

This article is intended to keep readers current on developments in laws impacting the hotel and hospitality industry, and is not intended to be legal advice. 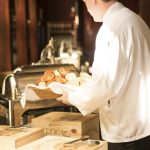 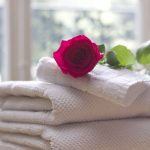