Hospitality claims involving children differ from adult claims because generally the law does not expect children to comprehend the dangers they might face. As a result, the common law has recognized the doctrine of attractive nuisance. This doctrine confers a duty upon landowners who have reason to believe that children may come onto their property. In such case, the landowner has a duty to prevent the harm. If such duty is breached, the landowner may be found liable. In Texas the legislature codified the attractive nuisance doctrine: the relevant statute read
in part:

One of the most common examples of attractive nuisance cases is in the case of swimming pools. In Florida, drowning is the leading cause of death for children between the ages of 1-4 years. Nationally, according to the CDC, about 1 in 5 who die from drowning are minors: 14 and under. See https://www.cdc.gov/homeandrecreationalsafety/water-safety/waterinjuries-factsheet.html. After an incident involving a minor and accidental drowning, parents may have claims for negligence, wrongful death, and attractive nuisance. In general, innkeepers have a duty to take reasonable steps to minimize dangers within their control. It follows; many states require operators of public pools to maintain signage around pool areas.

After a claim involving minor children, a landowner must respond to the plaintiff’s proof of the elements of the prima facie case that are applicable to a general negligence action. When it can, he/she should challenge applicability of statute or ordinance that was allegedly violated.

On the issue of comparative negligence, depending on the child’s age, some states will consider the child’s own negligence. Additionally, it is essential that the issue of proximate causation is properly assessed. This includes an analysis on the cause of injuries including the action or inaction on the part of the minor’s parents.

Although waivers and releases are very common, there are some factors that will affect the legal effectiveness of waivers & releases involving minors including: 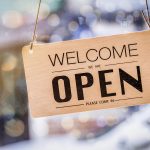 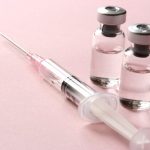