Most everyone, by now, has heard of Uber and Lyft. In theory, the transportation services they provide make total sense from a consumer, employee and employer standpoint. A customer takes out his or her phone, loads the app, requests a ride and within minutes he or she is in a car on the way to the destination.

There’s no doubt that the marketplace is responding favorably, as recently estimated values for Uber exceed $40 billion, while Lyft is listed at an impressive $700 million. Theory isn’t necessarily reality, however, and just like Airbnb, a few issues are still preventing both of these “ridesharing” companies from fully emerging as the preferred taxi method over traditional cabs – particularly for business travel.

How do Uber and Lyft differ?

The essential services that Uber and Lyft provide are extremely similar to each other. Once you’ve signed up with either company you can enter your credit card information so that no transaction is necessary during the course of your ride. Your card will be automatically charged after the ride is complete. When you request a ride, drivers are notified and can choose to pick you up depending on their proximity and your intended destination. A feature of both companies that is a slight advantage over regular taxis is they encourage users not to tip drivers.

Uber tends to be geared more toward professional transportation and Lyft, as Tech Times stated, gives off more of a “I’m just a friend who’s giving you a ride” feeling. Lyft drivers generally use their own personal cars – often sporting a giant pink mustache on the front.

Pricing is similar for both companies so for the purposes of this article we will focus on Uber. Three primary factors affect pricing:

Uber actually offers five different kinds of rides, which include the following:

Lyft offers a more limited menu of options with their standard service as described above, and Lyft Plus which provides transportation for six or more passengers. No black car service options are offered, and if you do get a black car it will probably have pink facial hair.

“IF UBER DETERMINES TRAFFIC TO BE BUSY AND RIDER DEMAND HIGH, IT WILL TACK ON WHAT IT REFERS TO AS “SURGE PRICING”, WHICH CAN FORCE RATES TO DOUBLE, TRIPLE OR IN SOME CASES SURGE EVEN MORE.”

Business Insider did a side-by-side comparison between the average fares of Uber and regular taxi services in major cities. It essentially found Uber to be a cheaper ride overall, however, the element of “surge pricing” is a big factor for calculating your price. If Uber determines traffic to be busy and rider demand high, it will tack on what it refers to as “surge pricing”, which can force rates to double, triple or in some cases surge even more. Lyft has the same add-on, called “prime time,” and both companies notify users about these increased prices before they agree to a ride. However, one offer Lyft provides that Uber doesn’t is a price decrease called “Happy Hour,” which can decrease fares by 10 to 50 percent if business is slow.

Uber and Lyft can be very convenient for business travelers because their prices are simple and accommodating for companies. Uber’s Business program and Lyft’s For Work program offer services such as travel policy protections, easy administration of employees, simplified billing and expense reporting. In addition, Concur provides access to Uber through its app for booking, payment and expense reporting.

Questions with Uber and Lyft

There has been a great deal of debate about insurance procedures for both companies. When it comes to insurance policies, regular taxi companies have gone to great lengths to lash out at Uber and Lyft for their current regulations, asserting that drivers for both enterprises are sidestepping their personal insurance claims by avoiding reporting the fact they work for a ridesharing service. In fact, 45 taxi groups in the city of Philadelphiafiled a lawsuit against Uber in late 2014 because they felt the company was not correctly operating under state laws and regulations. Uber itself claims that in the event of an accident, there’s a “commercial insurance policy for ridesharing with $1 million of coverage per incident,” which provides coverage for anyone injured in the event of a mishap, “from the time a driver accepts your trip request through the app until the completion of your trip.” Lyft also provides coverage for the same amount of $1 million.

The primary issue centers on the insurance held by the drivers themselves. As Forbes reported, Uber and Lyft have historically told their drivers that their existing private insurance is all they need. However, many insurance companies feel differently and consider this type of driving to be commercial activity. Drivers have had no choice, in some cases, than to conceal the fact that they drive for Uber or Lyft from their insurance companies. This has led to some policies being cancelled when drivers are discovered, as well as allegations of insurance fraud. New laws and new hybrid personal/commercial policies aimed at drivers are currently in the works that will help to protect drivers and ensure rider safety.

Uber has come under fire for controversies with regard to several different alleged business practices, including sabotaging and recruiting Lyft drivers,  proposing to expose personal secrets of critical journalists, and implementing surge pricing during emergencies such as Hurricane Sandy and the Sydney hostage crisis. In addition, Uber has had trouble spreading to all major markets – particularly globally. Germany banned Uber over licensing and France is currently investigating similar bans. The service has also been stopped in India due to a reported attack by an Uber driver. Similar charges have been filed against Uber drivers in France. UN Women, a United Nations organization focused on gender equality and empowerment, cancelled an announced partnership with Uber. All of these factors must be considered by businesses with active corporate social responsibility initiatives.

“WHILE IT STILL REMAINS TO BE SEEN HOW FUTURE LAWS COULD IMPACT POLICIES, PRICES AND SERVICE FOR RIDESHARING COMPANIES, THE VERDICT SEEMS TO BE THAT SERVICES LIKE UBER AND LYFT CAN BE A SMART OPTION FOR BUSINESS TRAVEL.”

The Bottom Line on Ridesharing Services

According to Uber, companies will save $1,000 or more per employee per year when using its Uber for Business model compared to regular taxi enterprises. Even corporate giants such as Morgan Stanley have publicly shared their endorsement of Uber by allowing its employees to use the ridesharing venture as a part of their business travel policy. Traditional taxi services are quickly adapting to this new era and many have introduced apps that mimic Uber and Lyft in an attempt to curb the loss of business.

While it still remains to be seen how future laws could impact policies, prices and service for ridesharing companies, the verdict seems to be that services like Uber and Lyft can be a smart option for business travel.

To recap, here are three important things to consider when using a ridesharing service for business travel: 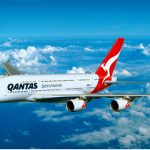 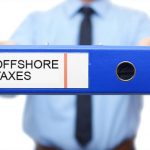