Understanding the Breakeven Point when It Comes to Room Revenue

Understanding the Breakeven Point when It Comes to Room Revenue

Sometimes it can be confusing understanding whether your hotel actually made a profit last evening, last month, or last year. While limited-service hotels typically only generate revenue from guestroom sales, and perhaps phone calls made from guestrooms, in-room movies purchased, or vending machine revenues, select-service and full-service hotels can have a more difficult task because of the additional services they offer for purchase. Regardless of the service level your hotel offers, every competent manager should know and be able to determine how much of any product or service they must sell in order to realize a profit.

Because of the various fixed costs associated with operating, maintaining and staffing hotels, there is a specific point, both in terms of dollars generated and room nights sold, where the hotel will start to realize a profit. Until the hotel reaches that magical number of guestrooms sold and revenue generated, all sales up to that point will essentially be used to pay for the fixed costs to operate the hotel plus the variable costs to supply and maintain the guestrooms that are used.

Look at the figure below as an example. For the time period in question, the hotel would have to sell 3,000 guestroom nights and in the process generate $280,000 in room revenue (not including occupancy taxes) before its operation of selling guestrooms was to be deemed profitable. Interpreted another way, this would mean that the hotel must sell at least 3,000 guestrooms at an average daily rate of $93.33 during the time period before it would generate a profit. The hotel could sell a fewer number of guestrooms at a higher ADR or a greater number of guestrooms at a lower ADR in order to reach the breakeven point in sales, but bear in mind that the breakeven point in sales may not be the same because of the variable costs associated with providing guestrooms for use.

To calculate the breakeven point for a given time period, a manager must first be able to calculate the total fixed costs that the hotel will incur. Total fixed costs are the sum of all the expenses that a hotel must pay for during a time period that will not fluctuate because of occupancy. Typical fixed costs may include mortgage and insurance expenses, managers’ salaries and benefits, property taxes, the payroll and benefits expenses of the least number of employees that must work even if the hotel has no guests, and the expenses of the utilities that must be maintained even if the hotel has zero occupancy (e.g., such as maintaining a minimum amount of heat to keep water pipes from freezing in the Winter). With each of these aforementioned expenses, the amount of the expense will not deviate regardless of how many or how few guestrooms are sold.

The next step is that a hotel manager must calculate the variable costs associated with selling each unit, in this case a guestroom. Variable expenses are deemed “variable” because they are only incurred if a room is sold or used. If the guestroom remains vacant for the night, there are no variable costs that the hotel must pay for; any required costs associated with maintaining a non-used guestroom would be considered a fixed cost.

Variable costs for guestrooms will typically include the expense of labor and supplies to service the room after use (e.g., room attendant labor, chemicals, amenities, and utility expense), the labor, chemical and utility expense associated with servicing the guestroom’s linens, the expense of the utilities associated with the guest’s occupancy (e.g., electricity, water, heat, etc.), and the guestroom’s fare share contribution towards a capital budget for replacing furniture, fixture, and equipment in the guestroom every 3-7 years as part of a regularly scheduled refurbishment.

It is no surprise that hotels set the minimum selling price for each guestroom at or above the variable expenses for each guestroom. Failure to do so would be foolish and lead to assured deeper financial loss with every room sold. But the room price must also reflect its contribution towards supporting the hotel’s total fixed costs. Knowing the total fixed costs for the entire hotel and the variable costs associated with each sold guestroom, when coupled with the average selling price, a hotel manager can easily calculate the breakeven point for the hotel, both in terms of number of guestrooms that must be sold but also in guestroom revenue that must be generated, in order for the hotel to realize a point of profitability.

Here is an example to illustrate how to use the breakeven analysis formulas. Let’s assume that the Ambassador Hotel has 900 guestrooms. The total fixed costs for the hotel on any given night are $22,350.00. The variable costs per guestroom are $9.54, broken down as follows:

Utilities consumed by guest and to clean room: $1.54

Now let’s assume that the average daily rate for the hotel last night was $88.93. To calculate the Breakeven Point in Units for a given time period use the following formula:

This means that given the total fixed costs, variable costs per guestroom, and an average room rate of $88.93 the Ambassador hotel would have to sell at least 282 guestrooms before it realized profitability last night. If it sold 281 or fewer guestrooms at an ADR of $88.93 or less, the hotel would not generate sufficient gross revenue to meet its expense obligations. Yet, for every room above 282 guestrooms that were sold last night, the hotel is generating a pre-tax profit of $79.39 per room. Obviously, the more guestrooms it sells over and above 282 rooms, the greater the profit amount.

Breakeven analysis is a powerful analytical tool that hotels managers can use for any item or service that they sell, not just guestrooms. As long as the business operation’s total fixed costs, and the variable costs and selling price for each item can be determined, the breakeven point of profitability can be calculated. The above supplied formulas can also be used to determine how a change in expenses or selling price will increase or decrease the number of units that must be sold in order to achieve profitability.

If a hotel manager is neither aware of the expenses associated with their products or services or is ignorant as to their breakeven point, such a manager will struggle to ascertain when and if their lodging operation is a financial success or a drain on ownership’s resources. 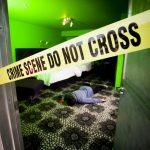 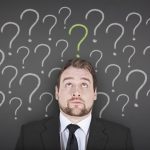