Where ‘Natural’ Takes on A Whole New Meaning

Where ‘Natural’ Takes on A Whole New Meaning

The term “natural” in the food and beverage industry has long been an effective selling point as U.S. consumers look to live healthier lifestyles. An issue, however, arises when the term is deployed to entice consumers, regardless of whether the product is in fact “natural” as an average person would understand the term. On that front, there have been countless lawsuits brought by consumers alleging manufacturers’ misrepresentations on their labeling. In response, federal courts across the country have urged the Food and Drug Administration (FDA) to take a stance on the definition of “natural” for food labeling purposes. But that appears to be no easy feat. In fact, the FDA’s website states: “From a food science perspective, it is difficult to define a food product that is ‘natural’ because the food has probably been processed and is no longer the product of the earth.”

As the United States District Court for the Eastern District of New York noted: “The FDA initiated this review in part because several federal courts had previously requested administrative determinations from the FDA regarding whether food products containing ingredients produced using genetic engineering may be labeled as ‘natural.’” Forsher v. J.M. Smucker Co. (E.D.N.Y. Sept. 30, 2016) The prospect of the FDA developing new guidance, like all pending regulation, is now in doubt, given the Trump administration’s avowed aversion to regulation and its executive order 13371, Reducing Regulation and Controlling Regulatory Costs, stipulating that for every new regulation promulgated, two older regulations should be eliminated. If the FDA declines to define “natural,” states may move to fill the void. In fact, in his 2016 State of the State address, New York Gov. Andrew Cuomo proposed that New York health officials develop their own definitions for terms like “all natural.”

Litigation concerning whether genetically modified foods can be labeled “natural” would presumably be affected by the FDA’s definition. Since this issue has been raised in cases across the country, one should expect to see a decline in litigation on this matter. In fact, according to an article in Time magazine last year, “Based upon statistics from 2013, only 22.1 percent of food products and 34 percent of beverage products marketed that year claimed to be ‘natural,’ which reveals a decrease from 30.4 percent and 45.5 percent respectively only three years prior. Insiders suspect that’s due to legal action or fear of future disputes about misleading labels.” That number can only be expected to decrease in light of the FDA’s current consideration of the term.

Nevertheless, litigation is prevalent in this area. For example, the plaintiff in the Smucker case alleged that the company’s use of the term on packaging for certain peanut butter spreads is false and in violation of various consumer protection statutes “because some products contain sugar manufactured from genetically modified organisms (GMOs).” In a motion to dismiss, the defendant argued that it complied with the FDA guidelines. In the alternative, the company maintained that the matter should be stayed pursuant to the primary jurisdiction doctrine in light of the FDA’s review of the definition of “natural.” And the court found that a stay was appropriate in light of the FDA’s consideration of the term in order to “allow the FDA the opportunity to take action.”

Similarly, in Kane v. Chobani, the U.S. Court of Appeals for the Ninth Circuit remanded an appeal brought by the plaintiffs after their putative class action, which alleged that Chobani’s labeling and use of the term was in violation of several laws, was dismissed. The Ninth Circuit found it prudent to enter an order staying the matter until the FDA completes its proceedings on the term “natural.”

The courts’ decisions to stay matters pending FDA consideration is not a novel concept. Other courts have done the same thing.

Moreover, suits such as these are not limited to the labeling of “natural.” For example, in Garrett et al. v. Bumble Bee Foods LLC, the Superior Court of the State of California, County of Santa Clara, recently began a bench trial on Bumble Bee Foods’ alleged misleading of consumers. Specifically, the plaintiffs allege that the defendant labeled its tuna as an “excellent source” of omega-3 fatty acids. This was, the plaintiffs maintain, problematic, given Bumble Bee Foods’ use of the American Heart Association logo, while omitting that it paid the American Heart Association to review its product.

Similarly, in Wilson v. Frito-Lay North America, Inc., the United States District Court for the Northern District of California lifted a stay previously imposed and permitted the defendant to renew its motion for summary judgment. The basis of the putative class action is rooted in several Frito-Lay snacks labeled “0 grams Trans Fat,” which the plaintiffs contend should have referred them to the back panel for the total fat in the snacks, according to the plaintiffs’ reading of the FDA labeling regulations. The summary judgment motion has not yet been fully briefed, and the hearing is expected to take place on May 4, 2017.

Although the process of evaluating the definition of “natural” began over a year ago, the FDA’s careful consideration should come as no surprise, especially given the effects such a definition would have on the industry. Not only would every manufacturer be required to re-evaluate their labels in order to determine whether or not they are in compliance with new FDA regulations, but also litigation concerning this matter would be significantly affected in several ways. First, the industry can expect to see substantially less litigation stemming from alleged improper/misleading labeling should a definition be established. More specifically, defining the term “natural” will provide both manufacturers and consumers alike clarity and allow for industry-wide consistency. If, however, the FDA adopts an ambiguous definition, consumer litigation could actually be expected to rise in this area.

In so far as food and beverage companies are concerned, understanding these potential claims is essential, and understanding the extent to which insurance coverage may protect against potential liability is even more so. First, food and beverage companies should carefully read their insurance policies already in place to determine whether potential misrepresentation claims are covered. Commercial general liability policies that include coverage for “advertising injuries” are often narrow in scope, and may in fact exempt such misrepresentation claims. Second, in procuring future coverage, manufacturers should keep in mind the potential impacts of the FDA’s decision to define “natural” if such labeling applies. Finally, difficult as it may be, companies should look to applicable directors and officers (D&O) policies for potential coverage. While potential misrepresentation claims could be considered “wrongful acts,” D&O policies are often carefully crafted to preclude claims such as these.

Ultimately, procuring broader coverage could be beneficial to food and beverage companies during this time of changing regulation. 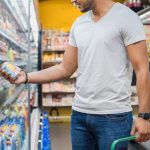 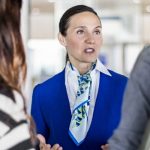