A Discussion of the Reptile Trial Strategy Through The Lens of the Erin Andrews v. Marriott International Lawsuit

A Discussion of the Reptile Trial Strategy Through The Lens of the Erin Andrews v. Marriott International Lawsuit

I. WHAT IS THE REPTILE THEORY/STRATEGY?

Reptile: The 2009 Manual of the Plaintiff’s Revolution, authored by Don Keenan and David Ball, was published in 2009. This book is offered exclusively to plaintiff’s lawyers and provides a strategy for plaintiff’s attorneys in most stages of litigation. The Reptile theory is derived from a model of the brain created by Paul Maclean, a neuroscientist. Maclean’s model is based on the concept that the three parts of the brain developed through evolution, and he coined the phrase “Triune Brain.” One of those three parts, the Reptilian Complex, is the oldest part of the brain. This is where Keenan and Ball begin the development of the Reptile Trial Strategy. According to Reptile, the reptilian brain controls our basic life functions, such as breathing, hunger and survival and instinctively overpowers the cognitive and emotional parts of the brain when those life functions become threatened. It thrives on evolution, and therefore maximizes “survival advantages” and minimizes “survival dangers.”

Utilizing the Reptile Trial Strategy requires presenting each case in a way that shifts each juror’s brain into survival mode and motivates each juror to decide a case in a way that will reduce or eliminate the danger, thereby protecting himself, his family, and the community. A verdict that enhances individual and community safety is the antidote to the defendant’s dangerous conduct, and jurors will take advantage of this opportunity to lessen the danger. The goal is to create a mindset for the jurors that causes each to decide a case based on the potential harms and losses that could have resulted from the defendant’s dangerous conduct and not based on the actual damages suffered by the plaintiff.

Three major questions in Reptile, which plaintiff’s counsel must answer for the jurors, are:

The six characteristics that each safety rule must have to promote the reptile strategy is:

Nationally known sports reporter Erin Andrews filed suit in the Circuit Court of Nashville, Davidson County, Tennessee in December of 2011 against Marriott International, Michael David Barrett (the Stalker), West End Hotel Partners LLC (hotel franchisee), and Windsor Capital Group (hotel management). She sought $75,000,000 in total damages. Marriott International was dismissed before the trial. The case went to trial in February of 2016. The jury returned a verdict in favor of Andrews with a total award of $55,000,000.00. The jury assigned 51% liability to Barrett. The two hotel companies were jointly responsible for 49% or $26 million.

The case stemmed from an incident at a Nashville Marriott hotel in 2008. Ms. Andrews, an ESPN reporter at the time, was in Nashville covering a college football game. Barrett was an insurance agent who targeted Andrews because she was “trending” on the internet for the purpose of taking videos of Andrews to sell to TMZ, a celebrity gossip site, and/or post on the internet for profit.

Barrett succeeded in this endeavor and captured approximately five minutes of film of Andrews, while she was nude, by placing a video camera in the peephole of her hotel room door. He tried to sell the video to TMZ, which refused, and he then posted the video on the internet. It spread from there. He pleaded guilty to stalking charges, was convicted and sentenced to 2.5 years. Plaintiff’s counsel effectively used the Reptile strategy in discovery, voir dire and at trial.

III. DEFENSES TO THE REPTILE STRATEGY

The counterpart presentation of this article will provide key points in developing a defense plan to the Reptile strategy beginning in discovery, including what to expect from plaintiff’s counsel and preparing defense witnesses for depositions, in limine motions, thoughts about “re-priming” a jury during voir dire, jury instructions, more witness preparation for trial and consideration of using reverse Reptile tactic in specific situations involving comparative fault.

David Eaton
David Eaton is a founding shareholder of the firm and practices in the Nashville, Tennessee office. He practices in Kentucky, Mississippi, North Carolina, and Tennessee and focuses in the areas of long-term care defense and general liability claims. As an advisor to health care providers, David has worked closely with nursing home staffs and personnel in the strategy and development of the defenses of cases prior to and through trials. David received a Bachelor of Arts degree in English from Nicholls State University in 1995 and a Doctor of Jurisprudence from Mississippi College School of Law in 2000.

Michael Phillips
Michael Phillips is a founding shareholder with Hagwood and Tipton and president of the firm’s Executive Committee. Michael oversees staff in both the Jackson, Mississippi, and Hillsborough, North Carolina, offices.A significant portion of Michael’s cases involves the defense of physicians, nurses, hospitals, nursing homes, assisted living facilities and other health care providers. He handles all phases of the litigation process – with a particular emphasis on trial – and has defended claims against nursing homes and assisted living facilities in Mississippi, Tennessee, Alabama and North Carolina. Michael also has extensive experience in the areas of complex defense litigation involving premises security/liability, insurance coverage and general insurance defense. 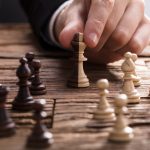 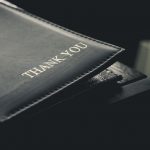