Lawyers routinely negotiate the scope of litigation discovery demands. One such lawyer was recently faced with a wildly broad discovery demand for relevant emails from the time a product was manufactured more than fifteen years ago to the present. The lawyer deftly negotiated the demand down to five years before the incident at issue and one year after.

Sound good? Maybe and maybe not. The problem was that the lawyer had no idea how long her client kept emails in its active systems and how expensive it would be to retrieve emails not in the active systems. She eventually learned that the systems only retained email for one year, after which it was available, but only after restoration from back-up tapes at a potential cost of more than $500,000.

One would think that it would be a simple matter to go back to the plaintiffs’ counsel, or the court if need be, explain the mistake and retract the commitment. But if relations are strained or credibility with the court has been impaired by other issues, this may not be so simple. It may also be awkward to explain the situation to the client and its insurer.

The lesson to be learned is that lawyers should never make discovery commitments regarding electronically stored information (ESI) before they understand at least the general contours of the client’s ESI systems.

What do we mean by that? Here are some very basic questions that any company should expect its lawyer to ask up-front:

While email is always a compelling topic, your lawyer should also be delving into very basic related issues, such as:

In today’s litigation environment, every case is an e-discovery case. With that in mind, if your lawyers are not asking these types of questions early in any litigation, you should find out why.

Tom Tobin is a seasoned trial lawyer who focuses on complex commercial transportation and product liability defense matters. During his career of more than 30 years at the firm, Tom has developed extensive experience representing manufacturers, including clients in the motor vehicle, railroad, maritime and aviation industries. He is a member of Wilson Elser’s Executive Committee, co-chair of its Product Liability and e-Discovery practices and chair of its Railroad practice. Tom’s legal practice is enhanced by the technical insight and perspective he gained through his prior work as a mechanical engineer and patent attorney at Union Carbide Corporation. Tom’s appreciation for the balanced decision-making process that engineers employ when designing and developing products and processes enables him to effectively defend clients’ design strategies and refute alternate designs presented by opposing counsel. 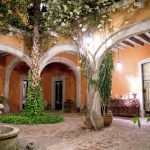 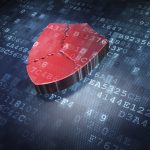