It has been a long time since the 1991 Clarence Thomas Supreme Court confirmation hearings brought the issue of sexual harassment to the forefront of public consciousness. Hundreds of thousands of unlawful harassment claims later,
most employers have policies in place announcing their opposition to harassment and providing employees with avenues to complain and seek redress.1 Yet the fact that thousands of claims continue to be filed each year, costing employers tens of
millions of dollars in damages and attorneys’ fees, indicates that problems remain. Constant changes in the law make formulating the right unlawful harassment policy a continuing challenge. Indeed, sometimes an employer’s well-intended
policy simply seeking to combat unlawful harassment can lead to unanticipated legal liability. This article addresses key issues and offers practical guidance for adopting the right policy.

What is Unlawful “Hostile Workplace” Harassment?

Reduced to its simplest formula, “hostile workplace” unlawful harassment is conduct directed against an individual because of his or her membership in a protected class that causes the workplace to be “hostile” within the meaning of the law.2
How many instances of harassment, the types of conduct that will be considered harassing and at what point the working
environment will be considered legally “hostile” depend on a multitude of factors.

Explicitly racial jokes, sexual comments or expressed hostility toward a particular religion or ethnic background are rather easy to characterize as forbidden conduct, but other conduct can also lead to claims. Indeed, the offending conduct need not be “sexual” to give rise to a sexual harassment claim.

In one case arising out of a New Jersey workplace, a woman claimed that her co-workers, all male, went to great lengths to make her feel unwelcome and thus made the workplace “hostile.” The woman gave as one
example an incident in which all the men came into the office smoking cigars shortly after she mentioned that she was allergic to cigar smoke. The court ruled that that incident could be used as evidence of sexual harassment because the harassment was directed at the plaintiff because of her gender/sex.

The absence of any bright line identifying what conduct may be considered unlawful harassment is among the issues that make this subject challenging to address.

Kevin Donovan concentrates his practice on all aspects of labor law and employment litigation and counseling, including certain employee health benefits issues facing employers. He represents clients at the trial and appellate levels as well as in administrative actions. He has more than 30 years of labor and employment law experience representing employers of all sizes. Kevin also is an advocate for clients in emergent injunction actions involving union-management labor disputes and other employment matters, including the protection of intellectual property assets. Kevin believes in the power of tenacity and presents an innovative and aggressive defense. The other side of that coin is his unfailing ability to exploit the weaknesses in his opponent’s case, using both long-term strategy and diligent preparation. Leaving nothing to chance, Kevin educates his clients on the law as it applies to them, counsels them on best practices and practical solutions, and looks for the quickest and most efficient path to a successful conclusion. In that regard, Kevin believes it is critical to acquire an understanding not only of each client’s business but also its culture, to match his litigation strategy with the client’s goals. 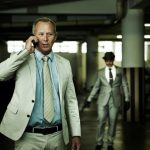 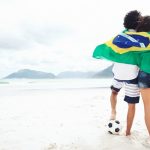