by Jordan Schwartz in Human Resources, Legal. Posted May 24, 2017

In light of the current political climate and the corresponding lack of legislation being enacted at the federal level, some of the more liberal states and localities have begun to take matters into their own hands and enact their own legislation.   One trend that is starting to gain significant momentum is in the field of equal pay legislation. Several states and cities have already enacted legislation banning inquiries into job applicants’ salary history as part of an effort to ensure pay equity for women.   The prohibition against asking candidates for their prior salaries is akin to the passage of “ban the box” laws in nearly half the states in the country, which bar employers from requiring job applicants to disclose whether they have a criminal record on job applications.  These new laws will have a significant effect on employers operating in the applicable states and municipalities.

Last year, Massachusetts passed the nation’s first law prohibiting employers from asking job applicants for their current salaries or salary history.  Pro employee groups praised this law as a way to counter the pay discrimination that can follow a woman throughout her career when the salary bump she gets with each job move is based on pay that is already less than her male peers.  Many advocates for women believe that by basing future salaries on previous wages, employers are perpetuating the long-standing gender based pay gap. Indeed, some argue that the widening of the gender pay gap as women age supports the theory that employers are relying too heavily on previous salaries.  Companies and business groups, on the other hand, have expressed their views that this new law is misguided and represents yet another government-mandated intrusion into the way they conduct their businesses.  Employers further argue that these laws could have a negative impact on job growth and, in addition, there is nothing unlawful or unfair about using salary history to set pay and manage their costs.

Following the passage of this law in Massachusetts, California enacted a similar ban in January as an amendment to an existing fair pay law and, within the past two months, New York City and Philadelphia each have enacted bans on salary history inquiries (although the Philadelphia ban is currently being challenged in court by the Chamber of Commerce of Greater Philadelphia on the grounds that the ban deprives businesses of their First Amendment rights).

At least eight other states, including Illinois, Maine, Maryland, New Jersey, New York, Pennsylvania, Rhode Island and Vermont currently are considering similar measures. Moreover, Washington D.C.’s city council is considering a similar bill that would require employers to publish salary ranges for open positions.  These salary history bans generally are part of broader laws that are attempting to prevent employers from underpaying women.  The legislation in Massachusetts and proposed legislation in some other states also prohibit employers from instructing employees not to discuss their wages, although such an instruction would already arguably be prohibited by the National Labor Relations Act, which allows all employees (not just union members) the right to engage in concerted activities relating to terms and conditions of their employment.  Generally, the laws allow employers to rely on salary information if/when the job candidate volunteers such information.  Employers, however, must be careful to stay clear of claims that the interviewer encouraged the candidate to share his or her salary history.

If this law becomes reality in a state or city in which you operate, you will need to remove salary inquiries from both paper and online application forms.  You also will need to update your policies and hiring procedures to ensure that questions regarding salary history are eliminated and that the written policies comply with the law.  Ensure all interviewers are instructed as to the new prohibition on such inquiries during the interview process.  Importantly, since you will not be able to use previous compensation levels to determine whether a candidate is worth pursuing, it will be critical to include the company’s salary range in a job posting or share that information orally with a candidate early in the interview process, to avoid wasting time and resources pursuing an individual who is not on the same page in terms of their financial expectations. 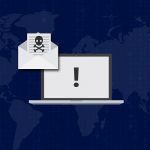 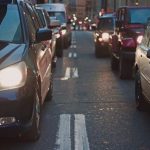