Boss:  Time for your lunch break.

Employee:  Naw, I’ll just finish up what I’m working on and take my break later.

Boss:  That’s fine with me, but you are free to go now.

Employee:  Gotcha!  Now you owe me a premium for taking a late break!

Is a scenario like this possible?  Well, of course, since some employees will try about anything to find a way to sue their employers for more money.  More importantly, can the employee legally recover a late-meal premium in this situation?  According to a recent unpublished decision by a federal court of appeals, the answer is no. DeLeon v. Time Warner.

As most California employers know, the state generally requires that all employees who work more than five hours must be provided an unpaid, duty-free meal period of no less than 30 minutes, to commence before the end of the fifth hour of work, and a second meal period of similar length if employees work more than 10 hours, to commence before the end of the tenth hour of work.  In most cases, the employee must be free to leave the premises, and the meal period must be documented on the employee’s time record.

For each day an employee is denied one or more meal periods, or required to take one or more meal periods later than the times mandated by law, the employee must be paid a one-hour premium as additional wages beyond earnings for actual hours worked.  A similar premium must be paid to any employee denied one or more rest periods, who incidentally must receive 10 minutes of net rest every four hours of work, if practicable in the middle of the work period (and not later).  Importantly, the law now makes clear that you need not force an employee to take a meal period that is otherwise properly scheduled and made available.  That was the holding in the Brinker case decided last year.  On the other hand, an employer also cannot impede or pressure an employee from taking a timely meal or rest period.

Therefore, employers are left with the burden of proving that they adequately schedule meal and rest periods, including relieving their employees of duty so that the meal or rest periods can be taken in a timely manner.  Not surprisingly, some employees are eager to find ways to increase their wages by demanding a meal-period premium, even when employers have diligently made the meal periods available as required by law.

Saul DeLeon claimed that Time Warner’s policy required him to complete phone calls before beginning his meal break, which sometimes “forced” him to take late meal breaks.  He also claimed that he was denied rest periods.  DeLeon sued for the late-break premium and the case and state-law issues ultimately ended up being reviewed by the U.S. Court of Appeals for the 9th Circuit.

In its opinion, the court noted, “If this were true, then Time Warner’s policy might fall within Brinker’s prohibition on “imped[ing] or discourag[ing]” employees from taking timely breaks.  But the court noted that the available call records did not demonstrate that the employee was forced to stay on duty because of lengthy calls.  Rather, the court concluded that “the records suggest that [the employee] decided on his own to continue working through his scheduled breaks.”  Accordingly, the court rejected the employee’s claims (including meal and rest periods) and affirmed the district court’s grant of summary judgment in favor of Time Warner.

Similarly, in California, employees need only be authorized and permitted to take their rest periods.  If an employee prefers to continue working – and the employer has not pressured the employee to do so – there is no violation.

Our advice?  Take affirmative steps to avoid situations where employees may later contend that they skipped or took a late meal or rest period because of tight scheduling or other demands you placed on them.  In addition to providing and retaining documentation showing that meal periods were accounted for during routine work load scheduling, obtain signed acknowledgments from employees each pay period that they were, in fact, relieved of duty and were at liberty to take their meal periods during each day of the pay period.  (It would also be smart for these acknowledgments to confirm that they were permitted to take their 10-minute rest periods and that their time records are accurate).

The best practice generally is to discourage employees from skipping or delaying their meal periods, even if that’s their preference, since the time record will suggest that a violation may have occurred when there was no violation.  Uniformity of time records and scheduled meal periods within the timing guidelines helps to eliminate the disruption and expensive litigation often resulting when employees exploit late time entries which they were solely responsible for.

If employees actually were delayed or denied meal or rest periods, pay the premium along with the employee’s regular wages, and take action to prevent recurrence of the problem.  Determine whether the nature of the employee’s job prevents the employee from being relieved of all duty during a meal period, in which case you and the employee may agree to an on-duty paid-meal-period agreement, which must be in writing, and must include a statement that the agreement is revocable by the employee.

Finally, conduct internal audits and discuss with your legal counsel whether you need to take steps to improve meal and rest period compliance.

John Skousen is a partner in the Fisher Phillips Irvine office. His practice is concentrated on wage and hour law and employment litigation. John has a unique blend of appellate and trial experience, as well as practical experience in business and personnel management. Following his graduation from law school, John served as a law clerk/staff attorney for the United States Court of Appeals for the Fifth Circuit and then served as a law clerk for United States District Court Judge Walter J. Gex, III, of the Southern District of Mississippi. Before attending law school, John worked in various management positions in a prominent Fortune 500 company in Los Angeles, during which time he earned a graduate degree in management and taught personnel management courses at California State University, San Bernardino. Subsequently, he studied for two years at the Claremont Graduate School's prestigious executive management program in the Peter Drucker School of Management. As a lawyer, John not only represents employers in class actions and other employment litigation, he creates and presents webinars and conducts management training on a variety of topics, including management practices impacting on state and federal equal employment opportunity laws, harassment prevention, and compliance with state and federal wage &amp; hour laws. 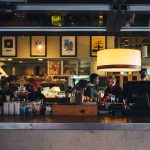 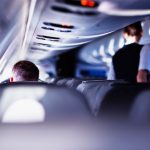