We all have our pre-flight rituals. Some passengers need a coffee and a magazine. Others, not as keen to flying, spend their time before takeoff silently praying that the engines don’t fail; as it turns out, engine integrity may be the least of their worries. Recent studies indicate that the health and job satisfaction of airline pilots and crews is very low, affecting not only passengers’ in-flight experience but also the safety of everyone aboard.

A 2013 CareerCast study on job satisfaction found that flight attendants ranked last in the travel, tourism, and hospitality sector in overall job satisfaction, behind dishwashers and air traffic controllers. Flight attendants endure high stress, low income, and negative health consequences from hectic schedules. Pilots have it even worse; recently, a commercial flight in the United Kingdom flew solely on autopilot for several hours because both pilots in the cockpit dozed off. Neither pilot had logged more than five hours of sleep in the past forty-eight. In response, the British Airline Pilots Association released a survey of five hundred commercial pilots; over fifty percent of pilots surveyed had fallen asleep in the cockpit, and twenty-nine percent had awoken to find their co-pilot asleep. Eighty-four percent of respondents reported that sleep deprivation had degraded their ability to fly in the past. This trend represents a serious legal and safety issue; the Federal Aviation Administration has issued regulations to combat pilot fatigue, but many in the industry do not consider these measures sufficient.

In June, JetBlue quietly settled a lawsuit brought against the airline by passengers who, during a flight to Las Vegas three months earlier, witnessed the pilot undergo what appeared to be a mental breakdown. After Captain Clayton Osbon issued an outburst that included references to terrorism and September 11, the plane made an emergency landing in Amarillo, Texas. Officials charged Captain Osbon with interfering with a flight crew, though he was found not guilty by reason of insanity. One expert reported that the pilot had a psychotic disorder due to sleep deprivation. 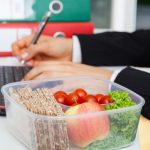 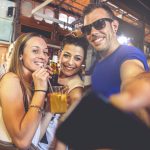