After the Prohibition was repealed by the 21st Amendment, a complex web of alcohol beverage laws created a “three-tier system” in which independence must exist between alcohol beverage manufacturers, distributors, and retailers. The ways in which these three tiers can interact is strictly controlled by federal and state laws. Armed with an increased budget due to a 2017 congressional appropriation, the U.S. Alcohol and Tobacco Tax and Trade Bureau (the “TTB”) intensified its trade practice enforcement efforts, resulting in several permit suspensions and high fines for industry members (the latest was $1.5 million). This [article] provides some practical advice on how to limit trade-practice enforcement exposure for hospitality clients.

A “tied-house” refers to an impermissible tie between an alcohol beverage retailer, wholesaler, and supplier. The “evils” associated with these ties refer to the post-prohibition fears that cozy relationships between these tiers, or “houses” could lead to less consumer product choice, or to the type of “evils” that existed during and pre-prohibition, like consumer overconsumption, predatory marketing practices by alcohol manufacturers, or dominance by a single producer in the marketplace. The essence of federal and state tied-house laws is that a supplier or distributor cannot exert undue influence over a retailer, and generally cannot pay or credit the retailer for any advertising, display, sponsorship, or distribution service. Similarly, suppliers and distributors are generally prohibited from owning retailers (thus becoming tied-houses). There are general exceptions to these laws that allow a supplier or distributor to market their products to retailers, but those exceptions are extremely limited. For example, in most states a supplier can do a consumer wine tasting at a bar, restaurant, or supermarket, and provide free samples to consumers to encourage a consumer to buy its product. Suppliers and wholesalers can also provide things of nominal value to a retailer, like branded napkins, banners, keychains, etc.

Are things so “Evil” right now?

In order to drive sales and increase profitability, industry members are constantly trying to strike the delicate balance between respecting tied-house laws and making the margins work. At the state level, we have seen heightened action by local agencies to enforce tied-house laws, including a 2017 Pennsylvania Liquor Control Board action that resulted in fines of $9 million paid by two large distributors, a Maine distillery, and an importer, after these industry members purportedly took Liquor Control Board members on lavish vacations, dinners, etc., in exchange for favorable treatment of their products. More notably, the TTB has been visibly present in various markets across the country since 2017, conducting comprehensive investigations at retail accounts in Florida, Illinois, California, and other states.

Retailers can steer clear of trouble in a number of ways:

Valerie L. Haber is a Miami alcohol beverage law, liquor license attorney and food law attorney and is a shareholder in the firm’s Alcohol Beverage and Food Law Practice Group. She concentrates her practice on advising all three tiers of the alcohol beverage industry including wineries, breweries and distilled spirits suppliers, distributors and retailers. Valerie’s practice includes counsel relating to federal, state and local laws governing the sale, distribution, importation, manufacturing and marketing of alcoholic beverages, including beer, wine and spirits. Valerie works closely with national retailers, including restaurants, supermarkets, movie theater chains and other on and off-premise businesses, through all phases of development and licensing, including land use and zoning diligence and approvals. She also has experience drafting management and promotional contracts for alcohol industry members, including hotels and golf courses, and regularly advises clients on the legal risks associated with promotional activities. Valerie also assists clients with local liquor licensing and health department licensing and food law permitting and food licenses, including restaurant, hotel, and occupational licensing. 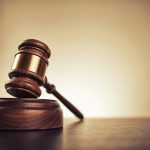 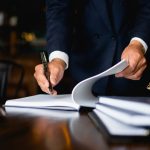