Last month, Victoria’s Secret agreed to pay $12 million to settle a class action lawsuit in California brought by hourly employees that were denied pay as a result of the store’s use of on-call shift scheduling.  In that lawsuit, the employees relied on a California law requiring employees, who report for work on a scheduled workday but who either are not needed (and therefore not put to work) or are furnished with less than half their usual or scheduled hours, to receive two to four hours of pay at their regular rate of pay.

This settlement brings to light the “predictive scheduling” trend that is occurring throughout the nation.  Historically, restaurants and retailers have used on-call scheduling to help control labor costs.  But as workers began claiming that the daily unpredictability of on-call scheduling hindered their ability to earn a living, hold more than one job, arrange reliable child care, and attend classes, this practice began to change.

Now, to combat worker uncertainty, numerous states and municipalities have begun passing these types of laws, referred to as “predictive scheduling,” “fair scheduling,” “secure scheduling,” and “fair workweek.”  For the most part, predictive scheduling laws typically require employers to provide employees (i) with their schedules two to four weeks in advance; and (ii) with predictable pay if changes to work schedules are made within this window.    Most of these laws contain exceptions to these requirements where an employer’s inability or failure to provide an employee with scheduled work results from specific causes beyond its control.

While San Francisco was the first locality to pass predictive scheduling legislation in the form of a “Retail Workers Bill of Rights” in November 2014, these types of laws are now becoming much more commonplace.

For example, in May 2017 New York City passed a law requiring fast food employers to schedule non-salaried workers for their shifts at least two weeks in advance, provide workers with good faith estimates of their hours, and pay workers extra when they work closing and then opening shifts back-to-back.  The law also creates a private right of action for employees who seek to enforce their rights.

Similarly, a new comprehensive predictive scheduling law took effect for Seattle in July 2017, pursuant to which employers are required, among other things, to provide (i) new employees with a written good faith estimate of their work schedule, including the average number of hours the employee should expect to work as well as the employer’s expectations that an employee will be on call; and (ii) existing employees with a written work schedule, posted in a conspicuous and accessible location, at least 14 days before the first day of the work schedule.

Thus, employers in all states, and in particular those in the retail and food service industries, should closely monitor state and local legislation developments on this issue.  In any location in which legislation has been proposed, employers must educate themselves about and prepare themselves for both the practical and legal challenges that changes in these scheduling laws will present to their businesses.  However, employers should not wait for predictive scheduling laws to pass in their city or state before updating work scheduling policies, as a quick examination of laws in other jurisdictions provides an outline for what to expect.

Although predictive scheduling laws are designed to benefit employees, employers can, with careful planning, make changes in a way that is least disruptive to their businesses.  Further, implementing predictive scheduling changes that incorporate varied work shifts, straightforward schedule changes, and an effective communication process could help employers stay compliant with these evolving laws.

Finally, even if the state or municipality in which you do business is not affected, predictive scheduling could become a practice that improves employee relations and/or employee morale.  Thus, employers should evaluate their existing workforce and scheduling practices and consider whether moving toward predictive scheduling may be beneficial for their businesses. 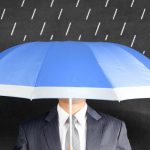 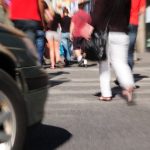