Tips for Securing Insurance Recoveries for Losses From Hurricane Harvey

Tips for Securing Insurance Recoveries for Losses From Hurricane Harvey

Hurricane Harvey tore up large areas of the Texas Gulf Coast with gale-force winds and storm surge, and then inundated vast areas, including Houston, with unprecedented amounts of rain.  Many businesses in those areas are still shut down and operations are only slowly being restored.  Moreover, refineries have been shut down which means that companies throughout the country will suffer losses because of the storm’s impact on the supply and prices of petroleum – based products. Fortunately, many businesses have applicable insurance for first-party property loss, lost profits and extra expense.  Indeed, throughout the U.S., businesses far from the storm’s direct impact may have cause to tap “contingent business interruption” coverage for losses resulting from damage to the property of suppliers and customers – which can be triggered even if your business is geographically remote from the path of the storm.  Yet, if the experiences of policyholders after Hurricanes Katrina, Rita, and Ike, and Superstorm Sandy are any guide, businesses will have to be proactive and vigilant if they are to successfully resolve their insurance claims anytime soon.  The following tips can greatly enhance their chances of success.

1.  Assemble a Team of Experts to Prepare and Negotiate the Claim

Securing the largest possible recovery for a storm-related loss requires careful expert analysis of your insurance policies.  For example, many claims for losses caused by Harvey will present significant challenges for policyholders who have little or no coverage for “flood.” However, just because damage is caused by water does not necessarily mean it falls within a flood exclusion or sublimit.  Also, damage that results from wind and rain may not be excluded by subsequent flooding of the same damaged property.  Therefore, for large losses policyholders should assemble a team of experts to prepare and negotiate the claim, including risk managers, accountants or loss adjusters, and coverage counsel.  Insurance companies understand the importance of such expertise, and are busily at work now assembling teams to devise strategies to minimize their exposure to Harvey claims.  Policyholders may find themselves at a distinct disadvantage if they fail to bring the same expertise to bear when pursuing their claims.

2.  Be Proactive in Presenting the Claim

Provide the insurance company with all relevant information about your loss without waiting to be asked.  Also, do not wait until all of the information about all elements of the loss can be presented in a neat package.  Provide information as it becomes available.  Further, some attorneys are advising policyholders in Texas to submit property damage claims before September 1, 2017, in order to possibly avoid the impact of a Texas statute that takes effect on that date.  The statute will reduce the rate of interest awarded to a policyholder who is successful in an insurance coverage lawsuit.  While immediately notifying your insurance company that you have suffered a loss is always advisable, be careful not to make unsubstantiated assertions in the interest of meeting this filing date.  In particular, be mindful that asserting a loss amount without justification can cause problems that outweigh the possible benefit of earning additional interest if you prevail someday in a coverage action.

3.  Give the Insurance Company a Reasonable Deadline For Resolving the Claim

Under the best of circumstances, major insurance claims tend to be resolved only when the policyholder pushes them to resolution.When competing for attention with countless other policyholders after a catastrophe, it is imperative that the policyholder make clear at the outset of the adjustment process that it will cooperate fully and provide information promptly, but that the claim must be settled by a date certain.  Pick a realistic date and stick to it, if need be threatening to file formal proofs of loss or to assert claims of bad faith claims handling.  Also be sure to explain to your insurance companies – in writing – any financial pressures created by the loss that make prompt payment of your claim important.

6.  Document Everything That Happens – and Does Not Happen – With the Claim

The resolution of claims, particularly catastrophe claims, can be slow-tracked by a high turnover among insurance adjusters or just a lack of attention by claims personnel.  Policyholders should not only be persistent in their demands for attention, they should also create a written record of everything that happens with respect to the handling of the claims, including their responsiveness to requests for information and the insurance companies’ delays and lack of responsiveness.  The chronology should be presented to the insurance company in writing on an ongoing basis to deter dilatory conduct and to make a record for a possible bad faith claim later on.

If the claim cannot be resolved through negotiation, you may have a choice of proceeding either to appraisal or litigation.  Appraisal is a form of arbitration provided for under many insurance policies that either party can demand to resolve disputes over the amount of the loss.  It can be a quick and inexpensive way to quantify disputed amounts of the claim.  However, appraisal is not required, and may not be appropriate, when there are coverage issues to be resolved.  For example, if the parties disagree over the amount of a business interruption loss because of a dispute over whether market conditions after the hurricane should be considered when calculating damages, the policyholder would be entitled to have that coverage issue decided in court, where the rules of insurance policy interpretation are generally favorable to policyholders, and unfavorable to insurance companies.  Appraisers, who typically are in the building trades, generally are not qualified to address such issues.  Also, bad faith claims fall outside the scope of an appraisal clause and will have much greater value if placed before a jury.  So, the policyholder must carefully consider its options and not necessarily feel compelled to agree to an appraisal simply because the amount of damages is one issue in dispute.

The key to getting insurance claims satisfactorily resolved within a reasonable period of time is for policyholders to take control of the process and to demonstrate a resolve to secure the coverage they paid for.  This requires hard work, but will pay handsome dividends. 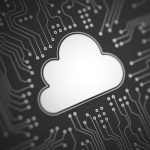 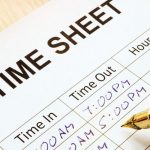