One nightmare scenario faced by hotel and resort executives is dealing with the former guest who claims that he or she contracted a fungal or bacterial illness at their establishment. True or not, the last thing that a hotel or resort wants associated with its name is “fungus” or “bacteria.” Yet with the increasingly widespread usage of social media and anonymous access to review sites such as Yelp or TripAdvisor, the mere allegations of “fungus” or “bacteria” can cause potential guests to, at the very least, take their business elsewhere. In addition to the public relation problems, allegations of bacterial and fungal injuries at a hotel or resort can lead to expensive litigation and substantial liability. Too often, though, insurance companies refuse to defend or settle these types of claims under the comprehensive general liability policies they have sold, basing the denial on two common policy exclusions: a Fungi and Bacteria Exclusion and the Pollution Exclusion. In such cases, policy holders in the hospitality industry should be prepared to fight back. The insurance company’s ability to deny these claims on the basis of this exclusion may be more limited than it leads one to believe.

Perhaps recognizing that the Fungi and Bacteria Exclusion did not completely eliminate the potential for coverage, more and more insurance companies are seeking to expand the scope of the pollution exclusion to include Fungi and Bacteria. “Pollution” is often defined as “any solid, liquid, gaseous or thermal irritant or contaminant, including smoke, vapor, soot, fumes, acids, alkalis, chemicals and waste . . .” As virtually any substance could theoretically be shoehorned into that definition by a clever insurance company, many carriers have aggressively relied on the pollution exclusion to limit coverage. A recent decision by the Eleventh Circuit Court of Appeals highlights a flaw in the insurance industry’s reasoning. The court reasoned that if fungi and bacteria were included within the scope of the Pollution Exclusion, there would be no reason at all for the existence of a Fungi or Bacteria Exclusion. Westport Insurance Co. v. VN Hotel Group, LLC, 2013 WL 1196957 (11th Cir. Mar. 22, 2013). Because every claim triggering the Fungi or Bacteria Exclusion would already be excluded under the Pollution Exclusion, the Fungi or Bacteria Exclusion would serve no useful purpose. Such a result would fail to give full meaning and operative effect to the entire policy – a standard rule for interpreting insurance policies. See id. at * 9. As such, the Court rightly recognized that the fungus and bacteria fell outside the scope of “pollutant” under the policy.

Dealing with bacteria and fungus claims can be a headache for any hotel or resort for many reasons – but uncooperative insurance companies should not be one of them. By understanding the limits of the Fungi and Bacteria Exclusion and the Pollution Exclusion, a hotel or resort can substantially increase its chance of recovery from its insurance company without the need to resort to expensive litigation. Of course, given the complexity of these cases and the nuances of each individual insurance policy, it is always recommended that coverage counsel be consulted for any specific matter. 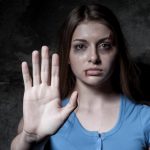 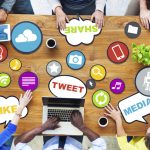