In several prior issues of the Employment Law Insider Alert, we have reported on the ups and downs of the efforts of the National Labor Relations (“NLRB” or “Board”) to require almost all private sector employers to post an 11-inch by 17-inch notice in the workplace advising employees of their right to form and join a union, or to engage in other “protected, concerted activity for their mutual aid and protection.”

Employer groups vigorously had opposed the posting requirement, arguing that the rule was invalid as it violated employers’ free speech rights, exceeded the NLRB’s power and authority, and constituted an improper NLRB attempt at rule-making, rather than the imposition of a remedy designed to correct a specific employer violation of the National Labor Relations Act in any particular “case.”

The NLRB’s proposed rule was struck down by the U.S. Court of Appeals for both the District of Columbia and the 4th Circuit in May and June 2013, respectively.  The NLRB had repeatedly requested extensions of time in which to file a writ of certiorari seeking review of the appellate court decisions by the Supreme Court of the United States.

On January 2, 2014, the NLRB’s filing deadline expired. Instead, on January 6, 2014, the Board issued an announcement stating that it had decided not to seek Supreme Court review of the two Court of Appeals decisions invalidating the notice posting rule. The Board’s announcement states it will post the same message as contained on the poster at issue on its website, where “it may be viewed, displayed and disseminated voluntarily. In addition, the NLRB has established a free NLRB mobile app for iPhone and Android users to provide the public with information about the National Labor Relations Act.”

The Board’s decision not to seek further review of the circuit court decisions, which found that the NLRB lacked authority to promulgate and impose the notice posting rule, is seen as a major victory for employers. As a practical matter, it means that the courts’ decisions now stand as binding legal precedent, and that employers have no NLRB rights posting requirement.

Employer organizations have recently been highly critical of the Board’s activist efforts. Employers contend, in view of all-time-low rates of unionization in the private sector, that they represent a strained, unprecedented attempt by the Board to recast and make itself relevant. The Obama-appointed Board also has been criticized by employers for abandoning its statutory role as a neutral, attempting instead to affirmatively encourage unionization efforts.

The earliest commitments of the Obama administration to pass the Employee Free Choice Act, which would have promoted union organization efforts through simple card checks rather than elections, as well as mandatory mediation and arbitration of initial collective bargaining agreements, have been unsuccessful.

Other high profile NLRB prosecutions have sought to protect employee postings that are critical of their employer on web-based social media sites such as Facebook by styling such comments as “protected concerted activity.” Employers have criticized such Board efforts as a strained effort to force the NLRA, designed for the “square peg” of a 1930’s and 1940’s manufacturing setting, into the “round hole” that is today’s service-oriented and Internet-based workplace.

In any event, for now at least, the NLRB’s effort to require employers to post a notice of union rights is a dead letter. Commentators, however, expect the NLRB to continue to pursue a pro-union agenda and will revisit the right-to-unionize posting requirement when the political climate changes.

Indeed, the Board’s January 6, 2014, statement reiterated that “the NLRB remains committed to ensuring that workers, businesses and labor organizations are informed of their rights and obligations under that National Labor Relations Act.  Therefore, the NLRB will continue its national outreach program to educate the American public about the statute.”  (emphasis ours) 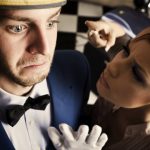 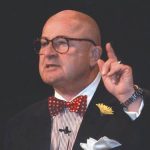