3 Reasons Why the Hospitality Industry Should Address Domestic Violence

3 Reasons Why the Hospitality Industry Should Address Domestic Violence

As a threat assessment and management consultant, I often face the challenge of convincing employers to heed potential workforce “time bombs”, including those they can’t hear ticking just yet. Sometimes new clients seek me out because a “personnel land mine” just exploded inside their organization, seemingly without warning. The danger I’m referring to comes from domestic violence, and unfortunately, many businesses don’t realize they have a problem until an assault occurs on premises, as it will for one in four large companies. Current estimates indicate that nearly two-thirds of all women have been physically, sexually, or severely emotionally abused by an intimate partner. Men can also be abused, but statistics show that the majority of victims are female. One study, in particular, tells us that 74% of abused women are employed, and for many, the maltreatment received at home continues at work (1). For example, abusers frequently call victims on the job to check up on, harass, or threaten them. They may show up in person to do the same, bothering or intimidating customers and other workers as well. In fact, current or former husbands and boyfriends commit over 14,000 violent incidents in the workplace each year (2). For the hospitality industry, the risks may be particularly elevated. Why? First, hotel lobbies and restaurants are generally open to public access, making it easier for an abuser to reach his target. Second, the hospitality field is often a place where younger, more transient workers find employment. Many are in lower paid, entry level positions and more than half are female, all factors that correlate with victimization. Third, in the hospitality industry, domestic violence can occur on a number of fronts, involving line workers, executives, customers, or overnight guests. Employers must take action on multiple levels to prevent violence in their workplace.

Although workplace attacks are never completely avoidable, there are concrete steps companies can take to protect employees and customers, while simultaneously reducing health care costs, absenteeism, and legal risks. Organizing and implementing a corporate domestic violence response program is easier and more cost effective than you might think. Here are three compelling arguments for the investment, beginning with the most urgent:

Of all the things that could possibly cause a female worker’s death on the job, from falls to electrocution, in most years the leader of the pack is homicide. In roughly 20% of these murders, the alleged killer was the victim’s current or former intimate partner (3). Such was the case in Orlando, FL on September 27, 2012. That was the day Michelet Polynice brought a handgun to the Quality Suites Inn where his ex-girlfriend Carlene Pierre was working at the front desk. Two weeks before, Polynice had been served with a restraining order for hitting Carlene with his car in the hotel’s parking lot. Carlene and her co-worker Vanessa Gonzalez-Orellanes were shot and killed instantly. Polynice then drove to the Westgate Lakes Resort parking lot where he shot and wounded Carlene’s best friend Jean Guerline before killing himself. This tragedy is, of course, a worst case scenario, but its occurrence proves that such an attack (or even a larger one) could be looming just around the corner.

Research has shown that most corporate security directors are already aware of the threat domestic violence in the workplace poses. In fact, in a recent survey, 94% of them ranked domestic violence as a high-security problem at their company (4). Yet oddly, another study found that although a significant majority of corporate executives recognized the devastating impact of domestic violence in the workplace, only 13% thought their company should address the problem. (5) If the safety of their employees and the general public is not enough to sway the C class, perhaps this next point will get their attention:

Being abused at home (and possibly at work) can result in a number of problems for employees, and thus multiple costly issues for their employer. For example, a victim of domestic violence may sustain injuries, causing them embarrassment and pain which then produces absenteeism and health care costs for their company. When they do return to work, they may arrive late or leave early, because their abuser has kept them up all night or sabotaged their childcare and transportation plans. While on the job, victims can suffer from anxiety, humiliation, and an inability to concentrate, due to threatening phone calls or visits from their abuser. The victim’s co-workers experience difficulty when these things happen as well, because they may be worried for her safety, frightened for their own, or resentful that they have to take up her extra work. Over time, these concerns can produce low morale and a high turnover rate. When translated to dollars, the cost of abuse becomes colossal: U.S. employers collectively pay out more than $5.8 billion each year in lost productivity, absenteeism, and health care costs related to domestic violence(6).

Employee victimization isn’t the only part of the equation that affects your bottom line. Although you may not know who they are, statistics say there are probably batterers working for your company right now. And according to one study, their abusive habits often crossover into the workplace. In addition to displaying bullying tendencies and aggressive behavior on the job, 78% of them admitted to using company resources and equipment to harass, threaten, or check up on their victim. (7) Furthermore, 42 percent admitted being late to work, and 48 percent had difficulty concentrating on the job as a result of their abusive behaviors. (8)

Curious about how much domestic violence may be costing your company? Check out the Texas Health Resources Domestic Violence Cost Calculator at https://www2.texashealth.org/dv/. Your accountants may be in for an expensive surprise.

If you’re starting to see the benefits of addressing domestic violence, but still aren’t sure you could get company wide buy-in, consider bringing on the only team members who might seal the deal: the corporate lawyers. Attorneys have a keen understanding of liability issues, and therefore can help to drive home the following point:  neglecting to take action against domestic violence could leave your company open to massive legal and financial risk. To begin with, there is the General Duty clause of the Occupational Safety and Health Act of 1970, which says employers must take steps to protect their workers from acts of violence. If the employer fails to do so, the result may be a substantial OSHA fine, or worse. Jury awards for inadequate security suits average $1.2 million nationwide and settlements average $600,000. (9) Considering that domestic violence makes up a quarter of all workplace violence, it’s an area well worth an employer’s focus. For example, when Francesia La Rose’s employer State Mutual Life Assurance Co. failed to take adequate action to protect her against a specific threat, they paid in both blood and money.  Francesia was murdered by her former boyfriend at her work site, causing not only heartbreak for her family and trauma to her co-workers but an $850,000 settlement by the company as well (10).

Other legal considerations include the possibility of a discrimination claim, an Americans with Disabilities Act complaint, or a wrongful termination lawsuit from a victim who has been fired, not hired, or passed over for a promotion due to the fact that he or she is a victim of domestic violence. A company can also be sued if it is determined that they violated a victim’s privacy, ignored harassment from other employees toward the victim, imposed sub standard or punitive job changes, or failed to allow a legitimate absence under the Family Medical Leave Act.

Don’t forget about those batterer employees either. Successful lawsuits in many states have proven that companies can be held liable for the dangerous acts of employees if they don’t use reasonable care in hiring, training, supervising, or retaining them when harm was in any way foreseeable.

A final but significant point for the hospitality industry to consider is that they are responsible not only for their employee’s safety but also that of customers, guests, and others invited onto their premises. For instance, if a hotel desk clerk issues a copy of a woman’s room key (without permission) to her estranged husband, who then enters the room and harms her, the hotel can be held accountable. And no one wants to imagine the cost in lives and lawsuits that could accompany a domestic violence related mass shooting in the workplace.

As leaders of our country’s workforce, directly or indirectly employing 1 out of every 17 Americans, the hospitality industry is in prime position to effect change and take a stand against domestic violence. Not only might lives be saved, but individual companies could profit through both hard and soft benefits. If you are considering addressing domestic abuse within your workplace but don’t know how to begin, please read part two of this article in the next issue when I explain the steps required to create an effective, in-house domestic violence program.

Lynn Fairweather, MSW is an abuse survivor who has worked in the domestic violence response and prevention field for the past twenty two years. In her role as president of Presage Consulting and Training, Lynn is responsible for providing guidance and education to professionals across the country in both the public and private sector. She is an experienced and engaging public speaker, comfortable with audiences of all sizes and disciplines. Her well received trainings are informative as well as interactive, with a focus on practical real life skills for evaluating and managing domestic violence threats. Lynn also creates customized domestic violence programs for organizations wishing to address the issue internally, and serves as a subject matter expert on a variety of projects. 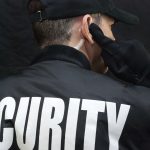 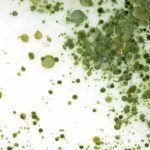