In major countries like the United States or European Union, executives may move via corporate jet, and not just through major airports like New York’s Kennedy, Frankfurt Airport, or London’s Heathrow but also through minor airports. Here, the issue is that minor airports may lack the security infrastructure of their larger counterparts. This problem is compounded in smaller, developing countries.

Airport security can become a weak link in executive security. According to Chris Hagon, our CEO, “Although most large airports are reasonably secure, many smaller airports serving primarily corporate clients have less resources to devote to airport security.

Detect, deny, deter and defend are the four prongs of an effective security approach. Let’s drill down into each element.

A Four-Pronged Approach to Executive Protection and Corporate Aviation Security

The following is a simple and effective approach to increase the security of individuals on the ground at airports as well as in the skies.

If your organization is a heavy user of aviation for corporate travel, whether in the US, Europe or abroad, creating a security plan is a worthwhile investment. A four-pronged approach can help conceptualize the levels of preparedness, but only an expert analysis can give you the in-depth plan that will work on a daily basis.

Christopher Hagon was a member of London's Metropolitan Police for 21 years. Eleven years of his service were spent in Scotland Yard's Royalty &amp; Diplomatic Protection Department (RDPD), where he was for nine years the personal protection officer to Prince Philip. Hagon also performed protection duty for other members of the Royal Family and later was appointed as the personal protection officer to Her Majesty, Queen Elizabeth II. In 1984, Hagon retired in the rank of Superintendent. In the U.S., Hagon joined a prestigious international security consultancy providing services to more than half the Fortune 500 companies. As Director, Executive Protection, Hagon dealt with terrorist-related incidents - bombings, assassination threats and others - encountered by major U.S. defense contractors and pharmaceuticals, and also product-contamination and kidnap-ransom cases. In 1988, Hagon joined Miami-based Ryder System, Inc., the world's largest full-service lease and transportation company as Director of Corporate Security and was responsible for many innovative and proactive programs designed to protect Ryder's 46,000 personnel and assets. Hagon has lectured widely on the topics of workplace violence, crisis management, crime avoidance and personal protection with emphasis on the nuances and practicalities of the corporate response. Audiences have included corporate human resource and legal groups, directors and managers of security, chambers of commerce and the American Society for Industrial Security (ASIS). 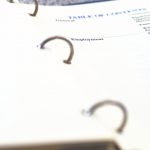 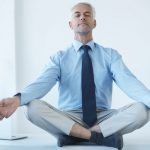