Most credit and debit cards in the U.S., and the point of sale terminals and ATMs that read them, still use “magnetic stripe” technology. Magnetic stripes are obsolete and relatively insecure, allowing fraudulent practices such as “skimming” (acquiring cardholder and account data by “reading” the strip, and then making fraudulent transactions or counterfeit cards). Magnetic stripe-based technology also does not support secure data transmission through contact or near-field contactless interfaces, which is seen as impeding the emergence of fully mobile cardless payment modes in the U.S.

Outside the U.S., the story is different. In Asia, Europe, and now in Canada, the payment industry technical standard is “EMV,” which uses a “smart” microchip embedded in the card, and acceptance devices designed to support the chip-based standard. Although the U.S. is the largest user of payment cards in the world, it has been nearly the last country to adopt and implement EMV in payment card transactions.

Because the EMV standard (developed by three major global credit card issuers – Europay, MasterCard, Visa – specifically to combat fraud) is inherently more secure, the U.S. is now the “weak link.” Experts predict credit card fraud “migration” to the U.S.  Statistics bear this out. According to a recent Accenture study, in countries (such as the U.K.) where EMV has been implemented, rates are declining, while in the U.S., they continue to rise. Part of the EMV business case is that chip-based payment technology enables “dual-interface” combinations of cards and contactless mobile payment. The need to replace the old magnetic-based point-of- sale acceptance devices in order to implement EMV also presents an opportunity to enable contactless and mobile-ready technology at the POS.

The estimated nationwide costs of converting to chip-based cards and POS acceptance devices are about $8 billion. That has been the primary obstacle to implementation of EMV in the U.S. But major credit card issuers, facing mounting fraud losses, are forcing processing banks and merchants to implement the switchover.

The first step in that forcing process occurred in 2013. As of April 2013, all major U.S. credit card associations, Visa, MasterCard, Discover and American Express, require “acquirers” (banks that contract with merchants to accept or acquire credit card payments from card-issuing banks), service providers, and sub-processors to have the capability to process any EMV POS transaction, both contact and contactless. These entities must adhere to payment network rules and complete approvals, in order to begin processing and passing additional authorization data for EMV transactions.

The next step is much more significant, and is now upon us. It directly affects any merchant who accepts credit or debit cards. Beginning today, on Oct. 1, 2015, MasterCard and Visa will shift liability for fraudulent counterfeit card transactions to the “non-EMV compliant” party. This means that, if a fraudulent transaction is made on a counterfeit card, and the merchant does not have EMV-compliant POS terminals, the merchant will be liable. If the merchant does have an EMV-compliant terminal, and the bank that issued the card issued a magnetic stripe card without an EMV chip, then the issuing bank will be liable.

Although most cards issued in the past couple of years in the U.S. are now chipped, according to most industry observers, many of America’s businesses, particularly small businesses, are not ready for the shift to EMV, at the point of sale. Reasons include a lack of awareness, and a complex technical validation and certification process that is backlogged, and taking longer than expected.

There is a fair amount of fear and confusion about the Oct. 1 “liability shift.”  Practically speaking, the circumstances under which a merchant will be liable for a fraudulent transaction are fairly limited. First, the card must be a particular type of counterfeit: a phony magnetic strip type card, with tracking data copied onto the strip from a genuine chip card. Second, the merchant’s POS terminal device must be incapable of reading a contact chip. That is the only situation a merchant can be liable when it has done nothing wrong other than not having the right type of terminal equipment. On the other hand, if a counterfeit card has a chip, and the merchant does not have a terminal capable of reading the chip, but authorizes the transaction anyway, it will be liable for that poor decision. In most other counterfeit card situations, the issuer remains liable. Furthermore, the “liability shift” applies only to “card present” types of transactions, where a customer presents a card at the point of sale. In fact, many observers think this will drive fraud to “card not present” exchanges, i.e. online transactions. Still, the risk is real, and for certain types of merchants (ones who depend heavily on face-to-face card transactions), could be significant.

While hardware upgrades can be expensive, and complicated in large organizations, the liability shift will make conversion to EMV-ready POS devices inevitable. Hospitality industry businesses would be well advised to:

Larger organizations face a more complex CIO-level technology procurement and payments systems challenge, but there is no shortage of consultants and vendors focused on EMV implementation. Large or small, the change to EMV is already well underway.

Ben Lambiotte has a broad and eclectic practice, which includes (among other things) day to day general representation of technology and transportation and logistics companies, many of whom do business with federal, state and local governments. His practice includes general commercial litigation, ranging from representing clients in simple business disputes in state court to defending multi-district antitrust class action litigation in various courts and tribunals around the country. His public contracts practice includes bid protest and claims and disputes litigation before the General Accountability Office and the United States Federal Court of Claims, and other federal tribunals. Recent representative engagements such cases includes successfully representing several DoD transportation service providers in a pre-award bid protest before the U.S. Federal Court of Claims in BINL, Inc. v. United States, No. 12-71-C ( U.S. Court of Claims, decided June 19, 2012).

Avoiding Pitfalls with Unpaid Internships September 24, 2013
What is the OFCCP and Do Hoteliers and Restauranteurs Need to Care? November 13, 2013
Crime Pays – A Conversation of Fraud and Recovery November 27, 2013 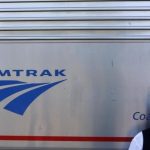 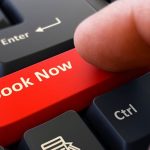