Amtrak has told U.S. lawmakers that it will suspend service on its national network in mid-December unless Congress extends a Dec. 31 deadline for implementing advanced safety technology, according to an Oct. 5 letter from Amtrak reviewed by Reuters.

The letter, addressed to Senate Commerce Committee Chairman John Thune, a South Dakota Republican, says service would be suspended where Amtrak must rely on freight and passenger railroads that will not meet the deadline for operating the technology known as positive train control, or PTC.

“A vast majority of our network would be inoperable without an extension,” Amtrak President and Chief Executive Officer Joseph Boardman said in the letter.

The warning by Amtrak, whose trains carry nearly 85,000 passengers a day, marks the latest effort by the railroad industry to pressure Congress into granting an extension by warning of widespread disruption should lawmakers fail to act.

Boardman said service would continue on track that Amtrak controls, including much of its busy Northeast Corridor between Washington and Boston. But sections of the corridor will not be in compliance by Dec. 31, including 56 miles (90 km) of track between New Rochelle, New York, and New Haven, Connecticut, that is owned by the regional commuter service Metro North.

Boardman said most of Amtrak’s 21,000-mile national network is owned by other railroads. 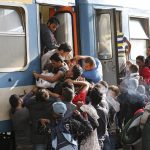 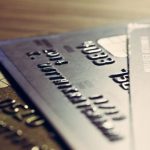