The whole country watched as celebrity chef Paula Deen was roasted over the lawsuit filed by a former general manager of a Deen-affiliated restaurant. Now that the media storm is starting to fade, what lessons can employers and human resources professionals learn from what happened? Keep reading for a recipe to keep you “out of the frying pan” (and the fryer)!

Before getting to the recipe, you need a little background:

In March of 2012, Lisa Jackson, a former general manager of Uncle Bubba’s Oyster House, filed a lawsuit against Deen, Deen’s brother (Uncle Bubba), and corporate entities, alleging racial discrimination and sexual harassment. In pursuing her claims, the former employee made numerous allegations of racial comments made by Deen and Deen’s brother, as well as allegations of racially discriminatory treatment against black employees and sexual harassment against Jackson by Deen’s brother.

In May of 2013, over a year after the lawsuit was filed, Deen gave deposition testimony. During the course of her deposition, Deen was asked if she had ever used the “N word.” Deen responded: “Yes, of course.”After Deen’s deposition testimony became public the next month, there was sensational media coverage of Deen’s admission. As a result, she lost lucrative endorsements and her Food Network TV show.

The Lawsuit Gets Chopped Up

The judge agreed and dismissed the racial discrimination claim. In dismissing, the judge stated “[a]t best, the Plaintiff is an accidental victim of the alleged racial discrimination” and that Jackson did not suffer discrimination because of her race.
Less than two weeks after the racial-discrimination claim was dismissed, the parties filed a joint motion to dismiss the entire lawsuit with prejudice (meaning that the claims cannot be filed again). While no terms of a settlement agreement have been released or confirmed, it appears likely that a settlement was reached. Following the dismissal of the entire lawsuit, Jackson released the following statement: I assumed that all of my complaints about the workplace environment were getting to Paula Deen, but I learned during this matter that this was not the case. The Paula Deen I have known for more than eight years is a woman of compassion and kindness and will never tolerate discrimination or racism of any kind toward anyone.

Stay Out Of The Frying Pan

The racial-discrimination claims were dismissed, and ultimately so was the entire lawsuit. There was never any finding of liability against Deen. In terms of the litigation, Deen technically did not “lose.” But in reality, Deen lost a lot: a TV show, a book deal, and several lucrative endorsements. She also endured a trying time that almost certainly cost her a lot of time, money, and energy that could have been used more productively. Even if an employer does not “lose” in litigation, there are costs. And it’s imperative that employers and human resources professionals put in the work on the front end that will minimize litigation risks. That starts with making sure your complaint-handling procedure is effective.

In her release following the dismissal of the lawsuit, the ex-employee commented about how she “assumed that all of [her] complaints about the workplace environment were getting to Paula Deen,” but how she “learned during this matter that this was not the case.” Employers should have complaint procedures ensuring that all complaints of discrimination or harassment
are taken seriously and investigated. While not every complaint is going to (or even should) make it to the highest levels of management, it is important that employees understand the complaint procedure and know that their complaint will be taken seriously and thoroughly investigated.

A good investigation might help alleviate an employee’s concerns, even if the underlying complaint is determined to be meritless. Without doubt, a properly conducted investigation is needed for defense, if litigation does ultimately result.
And remember that the lawsuit was first filed against Deen and the other defendants in March of 2012. More than a year passed with little public attention to the lawsuit. (See “Oh Brother Make It Stop,” by C.R. Wright in the June 2012 issue of Hospitality Update).

It was only after Deen’s deposition testimony went public that the damage for Deen really started. Sometimes it is not the claim or the lawsuit that causes you the biggest problem. Yet another reason to have the culture, policies, procedures, and practices in place that will minimize litigation risks.

Now that you have some background about the Deen lawsuit, commit to trying this recipe to keep you and your company out of the frying pan (and the fryer):

Above yields good disciplinary decisions that are consistent and in accordance with the law but
the ingredients need constant focus and refinement.

Additional steps for avoiding the frying pan with no-fry recipe

Use this recipe on a daily basis and consult legal counsel about any questions that arise.

Originally published on Monday, 10 March 2014
809 views at time of republishing 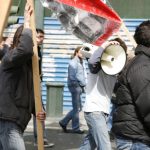 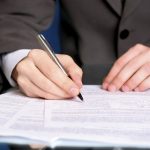