DOJ’s New Appetite for Prosecuting Food Companies and Their Executives

DOJ’s New Appetite for Prosecuting Food Companies and Their Executives

By: Barbara Rowland and Yune T. Do

With the recent disclosure by Chipotle Mexican Grill, Inc. (“Chipotle”) that it received a grand jury subpoena from the U.S. Attorney’s Office for the Central District of California relating to a norovirus outbreak among customers and employees at a Los Angeles-area restaurant, the federal government is reiterating its interest in assuring the safety of the nation’s food supply, be it from restaurants or production facilities. The U.S. Department of Justice (“DOJ”), together with the Food and Drug Administration (“FDA”), is increasingly investigating and prosecuting food companies for the sale of adulterated food products – ice cream manufactured by Blue Bell Creameries from Texas, peanut butter manufactured by Peanut Corporation of America from Virginia, eggs produced by Quality Egg, LLC, in Iowa, and cantaloupes grown by Jensen Farms in Colorado, among others.

The sale of food products is subject to the federal Food, Drug and Cosmetic Act (“FDCA”), which prohibits the sale of misbranded or adulterated food, among other regulated products, in interstate commerce. Adulterated food1 is defined to include food which “consists in whole or in part of any filthy, putrid or decomposed substance” or “has been prepared, packed or held under insanitary conditions whereby it may have become contaminated with filth, or whereby it may have been rendered injurious to health.” The FDCA provides for both felony and misdemeanor charges against those who introduce adulterated food or other regulated products into interstate commerce. Felony charges2 may be filed for any FDCA violation committed “with the intent to mislead or defraud” or for a FDCA violation committed after a prior FDCA conviction. The government may also charge companies and individuals with a misdemeanor FDCA violation – a strict liability offense – in the absence of any intent to violate the FDCA.

Of the recent felony cases, the conviction and sentencing of Stewart Parnell, CEO of the Peanut Corporation of America, stands out. Parnell was charged with 67 felony counts relating to a salmonella outbreak that infected over 700 people and resulted in the death of nine people. At trial, the government proved that despite knowing the peanut butter his company produced was contaminated, Parnell ordered his employees to “just ship ‘em,” and intentionally shipped adulterated foods in interstate commerce.  In September 2015, Parnell was sentenced to 28 years imprisonment – the longest sentence ever given to an individual convicted for food safety violations in the United States.

For some matters still under investigation, whether individual employees, as well as companies, will be charged is yet to be determined. In the Blue Bell Creameries ice cream investigation, involving a 2014 listeria outbreak resulting in three deaths that was allegedly traced to three production plants, in assessing whether or not to bring misdemeanor or felony charges, the FDA and DOJ may be investigating exactly what if anything Blue Bell executives knew regarding the outbreak, when that knowledge was obtained, and how that knowledge factored in any corrective efforts. With respect to Chipotle, because only a single restaurant was tied to the norovirus outbreak, whether a sufficient nexus to interstate commerce exists to support federal jurisdiction may be at issue.

To prosecute corporate executives for misdemeanor FDCA violations, in which they played no direct role, the government must demonstrate that the individual is a “responsible corporate officer” within the meaning of a doctrine (i.e., the Park doctrine) established by the U.S. Supreme Court in United States v. Dotterweich, 320 U.S. 277 (1943) and United States v. Park, 421 U.S. 658 (1975). In Dotterweich, the Court upheld a company president’s conviction for adulteration and misbranding of repackaged drugs despite a lack of evidence that he had actual knowledge of or any role in the FDCA violations. The Court reasoned that because the distribution of food and drugs affects the lives and health of people who are beyond self-protection, “in the interest of the larger good, [the FDCA] puts the burden of acting at hazard upon a person otherwise innocent but standing in responsible relation to the public danger.” In Park, the Court further developed the doctrine, holding that a prima facie case is established when there is evidence that “the defendant had, by reason of his position in the corporation, responsibility and authority to either prevent in the first instance, or promptly correct, the [FDCA] violation complained of, and that he failed to do so.”

Two recent examples of the prosecution of individuals under the Park doctrine were widely reported. In April 2015, a father and son, the owner and COO of Quality Egg, were each sentenced to three months in prison and personally fined $100,000 after pleading guilty to a misdemeanor FDCA violation for introducing eggs adulterated with salmonella into interstate commerce. Neither admitted to having prior knowledge of their company shipping adulterated eggs, but the government’s sentencing memorandum stated that the company had disregarded positive salmonella tests for years and that company employees tried to bribe a U.S. Department of Agriculture inspector. Additionally, in January 2014, brothers Eric and Ryan Jensen, the owners of Jensen Farms, pleaded guilty to misdemeanor FDCA violations for their part in distributing in interstate commerce cantaloupes adulterated with listeria, which was tied to the deaths of at least 33 people and 147 hospitalizations. Despite a lack of evidence that the brothers intended to sell adulterated food and “unique cooperation” with the government resulting in changes in farming practices, they were each sentenced to five years of probation and $150,000 in fines.

The Government’s Appetite Has Been Whetted

In an interview in July 2015, DOJ Associate Attorney General Stuart Delery said “[w]e have made a priority holding individuals and companies responsible when they fail to live up to their obligations that they have to protect the safety of the food that all of us eat.” These recent food safety convictions and ongoing investigations should put food industry executives on notice:  to avoid potential personal liability, responsible food industry executives must ensure that their manufacturing, distribution, and food handling processes, and compliance monitoring of same, accord with current food safety requirements and that any known or suspected deficient processes are promptly evaluated and remedied. 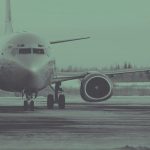