Roughly seventy percent of the federal government’s revenues come from employment taxes, including FICA and income taxes withheld from employees’ wages. Consequently, threats to that source are taken quite seriously. All employers need to be aware of the significant changes in employment tax enforcement that have increased the risks faced by the non-compliant.

Historically, the failure of an employer to comply with its employment tax obligations was generally treated as a civil tax problem to be handled by the IRS. A typical payroll tax case involved penalties for the delinquent employer. If the taxes were not paid promptly, responsible individuals would be assessed with the trust fund recovery penalty, which applies to “[a]ny person required to collect, truthfully account for, and pay over any tax imposed by this title who willfully fails to collect such tax, or truthfully account for and pay over such tax, or willfully attempts in any manner to evade or defeat any such tax or the payment thereof.” I.R.C. § 6672(a).

Most employers are aware of the trust fund recovery penalty and the exposure it can create for individual owners and managers of a business. Less well known is the parallel criminal provision of the Internal Revenue Code, which provides that “[a]ny person required under this title to collect, account for, and pay over any tax imposed by this title who willfully fails to collect or truthfully account for and pay over such tax shall, in addition to other penalties provided by law, be guilty of a felony.” I.R.C. § 7202. Although the same conduct that will trigger the trust fund recovery penalty is potentially chargeable under section 7202, criminal prosecutions historically were rare.

The enforcement landscape has changed significantly in recent years. While the IRS still serves as the primary enforcement authority for employment taxes, the Tax Division of the Department of Justice has become more actively involved over the past few years. The Tax Division has identified two factors that drove the change in enforcement policy:

Consequently, the Tax Division has been more active in both criminal and civil employment tax enforcement. Employers should be aware of these trends and should evaluate their compliance with their obligations accordingly.

Increased criminal enforcement. First, there has been an increase in criminal employment tax prosecutions. Some of the cases that have been prosecuted involve egregious behavior, and prosecutions in those situations should come as no surprise. Here are two examples:

But not all of the cases that have been prosecuted involved rogue lawyers or lavish personal expenses. Employers who use tax money to pay creditors due to cash flow problems are potentially exposed to criminal prosecution. Each violation has significant potential consequences:

And some of the cases that the government has pursued have involved relatively modest stakes: In North Carolina, a business owner was prosecuted in a case that involved $75,000 in employment taxes. Historically, a case of that size would almost certainly have been handled as a civil tax matter.

More prosecutions are presumably on the way, as CI, the criminal investigation unit of the IRS, recently indicated that it opened 206 employment tax investigations in 2016.

The lesson is relatively straightforward: All employment tax cases need to be viewed as potential criminal investigations. In that context, employers need to be particularly careful in discussing employment tax issues with their accountant, as their communications may not be privileged:

While less drastic than a criminal prosecution, these civil cases have real teeth: Once an injunction is in place, a violation of any of its requirements can trigger civil or criminal contempt proceedings against the employer, its managers, and its principals. In a speech in November of 2016, the former head of the Tax Division indicated that in the two previous years, fifty-five injunction actions had been filed against employers and forty-seven permanent injunctions had been granted.

Ongoing violations of an injunction can have additional consequences beyond punishment for contempt. In a recent case in Philadelphia, a federal judge modified an existing injunction and directed that a business was shut down and that its principals barred from opening a similar business for ten years. United States v. Baker Funeral Home, Ltd., No. 11-7316, 2016 U.S. Dist. LEXIS 100018, *67-*78 (E.D. Pa. July 13, 2016). On March 9th, the Tax Division issued a press release announcing that a federal judge in the Eastern District of Washington had entered a similar order closing down a dental practice.

State and local tax authorities impose similar withholding requirements on employers, and many of these are modeled on the federal provisions. Federal tax enforcement initiatives have a tendency to trigger similar reactions at the state and local level. As a consequence, the prospect that state or local authorities might pursue criminal prosecution or a civil injunction should also be considered.

For example, on March 9th, Pennsylvania Attorney General Josh Shapiro announced criminal charges against the owner of a pizza shop in York County for failure to pay sales tax and employment tax. Whether this is the start of a trend or simply a case involving a particularly obdurate taxpayer remains to be seen. The Attorney General’s press release does note that cooperation between the Bureau of Criminal Investigation and the Department of Revenue “is important and ongoing.”

For employers, there has never been a worse time to fall behind on employment taxes. That makes it a good time to evaluate whether existing employment tax practices are adequate.
Disclaimer: This post does not offer specific legal advice, nor does it create an attorney-client relationship. You should not reach any legal conclusions based on the information contained in this post without first seeking the advice of counsel. 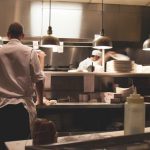 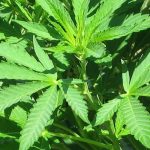