Gender Expression in the Workplace: A Primer for Employers

Gender Expression in the Workplace: A Primer for Employers

by Victoria Slade in Human Resources. Posted May 12, 2014

As you may know, discrimination based on gender identity is unlawful in several states and many cities.  This includes both the State of Washington and the City of Seattle.  The Equal Employment Opportunity Commission (EEOC) has also taken the position that gender identity is protected under Title VII’s prohibition against discrimination based on sex.

While the antidiscrimination laws that protect transgender individuals are not new, the subject of gender identity may be new to your managers.  This post is intended to provide a very basic understanding of transgender issues to get employers off on the right foot for appropriately, sensitively, and lawfully handling gender expression issues in the workplace.

Broadly speaking, “gender expression” refers to the way people manifest masculinity or femininity.  This can be through clothing, hair, makeup, overall appearance, speech, or other behavior or form of personal presentation.  “Gender identity” refers to a person’s innate sense of being male or female.  When someone is transgender, it essentially means their gender expression or identity is not consistent with societal expectations of someone with the same assigned sex at birth.  “Sexual orientation” is a person’s physical and/or emotional attraction to the same or the opposite gender.  Although sexual orientation and gender identity are often discussed together, they are not the same: a person’s gender identity has nothing to with their sexual preference, just the same as it has nothing to do with their age, race, or ethnicity.

Unlike the broader, umbrella term transgender (sometimes shortened to “trans”), “transsexual” specifically means someone who strongly feels that they do not embody the sex they were assigned at birth and has changed, or is in the process of changing, their sex to correspond to their sense of gender identity.  These individuals often pursue medical options, such as surgery or medication, in order to align their physical characteristics with the gender with which they identify.  When a person undergoes a process of medically, legally, and socially changing gender, this is known as a “transition.”  A transition may or may not involve a “gender reassignment” (also known as “gender confirmation”) surgery.

One thing many people do not realize is that not every transgender person necessarily identifies as the opposite sex or has any desire to change his or her body.  In fact, a transgender person may not identify as any gender at all but actually prefer to avoid restrictive notions of male or female altogether.

As an employer, you are responsible to ensure that both your managers and your other employees are treating transgender employees respectfully.  As with most things, the tone you set at the top will make a big difference in how the rest of your employees behave.  (It’s also something that judges and juries give a lot of weight to when considering whether a company is responsible for an alleged hostile work environment against a transgender employee).  That said, teaching respect and sensitivity to your employees is not necessarily easy or simple.  If you have a transitioning employee, you may want to schedule a transgender awareness and sensitivity training to educate employees about trans issues and teach them how to respectfully interact with their transgender colleague.

I am an associate at Garvey Schubert Barer, where I practice in the litigation and employment groups. I mostly work in employment litigation, and I frequently represent public entities. When I'm not wrapped up in litigation, I also assist clients with advice questions and employee handbook policies. I am particularly interested in questions of social media in the employment setting, and I have drafted numerous social media policies and advised on discipline for social media-related offenses. In my "spare" time, I have enjoyed taking advantage of GSB's great pro bono policy. I have worked with the ACLU, Team Child, Appleseed, and the Tenants Union on various pro bono cases and projects. For the Tenants Union, I drafted an amicus brief to the Washington Supreme Court on an extremely important tenants' rights issue, and the Tenants Union honored me and the team with their Housing Access Award. I also am member of the Board of Directors of the amazing feminist legal advocacy organization, Legal Voice.

Is There an Intern in Your Future? September 12, 2013
Avoiding Pitfalls with Unpaid Internships September 24, 2013
What is the OFCCP and Do Hoteliers and Restauranteurs Need to Care? November 13, 2013 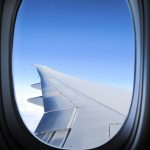 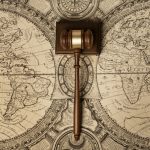