Google Flights and Google Hotels: Friend or Foe to Airlines and Hoteliers?

Google Flights and Google Hotels: Friend or Foe to Airlines and Hoteliers?

The latest update to the Google Flights price comparison tool, as well as the introduction of Google Hotels, has the world buzzing, with many praising the user experience.

The flexibility of Google Flights is unprecedented in terms of providing the cheapest and best flight routes available to a specific or general destination. It includes filters such as number of stops, price, airline, times and flight duration, but it also includes such things as a world map where you can select general destinations such as Southeast Asia and be provided with a glance of some of the cheapest destinations in that region.

On top of that, an “I’m Feeling Lucky” button spits out destinations based on value, popularity and your personal search history. Google Flights even tracks real-time price changes, delivering an email to travelers promptly when a destination becomes cheaper.

But while Google Flights has delighted travelers based on its ability to narrow down the cheapest and most popular destinations (no OTA currently offers this kind of personalization, or this many filters and tracking mechanisms), it has sounded the alarm bells for airlines, hotels and travel agents.

The biggest concern for airlines, hotels and agents is that Google Flights and Hotels may morph from relatively harmless price comparison tools to full-fledged booking engines for Google. The effects of this would put airlines, hotels, agents and even OTAs at a serious disadvantage.

After all, Google doesn’t have to advertise for prime placement on its own search engine. If it adds its own booking widget, travelers from all over the world will be flocking to Google Flights and taking business away from the rest of the travel industry…at virtually no extra cost to Google.

However, one digital marketing executive thinks Google Flights could be a blessing in disguise for airlines.

Seth Cassel is president and partner of EveryMundo, a company that solves complex digital marketing challenges for airlines and travel brands. EveryMundo’s proprietary technology (AirTRFX) helps airline marketers create the volume and quality of online content they need to drive qualified traffic to their own branded sites.

Cassel admitted that at first the introduction of the new-and-improved Google Flights was great cause for airlines to be worried.

There are two main ways companies can be seen on a Google search: via organic means (the most popular companies that saturate the market are naturally seen on the first couple pages of a search based on simple traffic) and paid advertising (you can boost yourself to the first page of Google search, for example, by paying Google more than your competitors).

The problem right away was that Google was dominating organic searches and companies were doing the only thing they could to boost traffic: by paying for it, and paying handsomely at that.

“Our initial reaction, when Google Flights started to work into our markets where we were managing strategies for airlines, it was actually damaging,” Cassel said. “What we initially saw was an immediate—I mean, an instant—drop in organic search revenue, particularly for non-brand search queries (for general flight searches from Point A to Point B).”

“It was definitely a difficult thing to deal with at first, because you said, ‘Oh, wow, what’s going on here? All of our organic search (revenue) is falling, our paid search is getting more expensive…This looks like Google doing what they say they never do.’ So, that was a bit frightening at first.”

But Cassel said Google Flights could actually be a boon for airlines if it operates in a certain way. Right now, when a traveler searches using Google Flights, the grand majority of routes link directly to the booking page of the corresponding airline. So, right now, while organic search revenue is down, it doesn’t really matter because airlines are receiving bookings through Google Flights. Essentially, Google is doing the work for them.

“As it’s been in the market, we’ve gotten a little more comfortable and a little more positive on the impact Google Flights will have on an airline looking to do direct sales,” Cassel said. “In the end, I think this is going to be more detrimental and more competitive with other metasearch engines and OTAs. Users are using the Expedias and Kayaks of the world not just to purchase, but to search. As someone who spends his whole day worrying about search, I think that Google takes offense that there might be people out there who are searching and don’t think of Google as the place to go.”

It’s worth noting that Google Hotels is designed much differently than Google Flights right out of the gate. For example, Google is charging for ad placement/booking links on Google Hotels right now, and most of those links appear dominated by OTAs (search for hotels in L.A., for instance, and many booking links don’t go directly to the hotel’s booking page, but rather go to major OTAs Expedia or Priceline).

But, at least as far as Google Flights goes, Cassel has initial confidence that Google will side with airlines.

“I do believe that Google—they always seem to prove this—they do understand user experience, they provide phenomenally effective and fast high-performance tools,” Cassel said. “Users may trust Google provides better experience for (searching flights), which ultimately will run more traffic search queries on Google, which ultimately will result in more traffic for airlines.

“This, to me, makes sense for Google because this is Google driving volume through their paid search, which ultimately results in higher costs per click. They grow their revenue through their ads, not by trying to be a pure-play metasearch. I think it’s always going to be a hybrid. They usually do things that way. They’re not so direct.”

Either way, it may be a lesson for airlines. While hospitality companies and OTAs are up to speed on digital marketing and marketing technology (and probably even ahead of the curve), airlines are behind OTAs and metasearch, Cassel said. The reasons for this aren’t abundantly clear, but Cassel said that it could have to do with airlines a) being more concerned with airport operations and, you know, safely flying a giant airplane; and b) the importance placed on quarterly financial reports.

“The investment to move into these (digital) channels may be considerable,” Cassel said. “Realizing you may have to a take a hit for a little while you make this migration to be in a mobile environment…there isn’t a lot of patience and tolerance for that (in the industry).”

EveryMundo offers something called AirTRFX, which essentially creates a dedicated webpage for every one of the airline’s routes and markets, driving traffic, conversion and revenue growth through online distribution channels. For example, let’s say an airline operates about 30,000 routes. Multiply that by 100 “site additions” (or combinations of language and country) and you have three million dedicated webpages populating the vast online marketplace, helping airlines be competitive with major OTAs.

The initial reaction to Google Flights’ update was understandably massive (Cassel used the words “fear and loathing”), but—if managed according to Cassel’s theory—Google Flights could be a great help to airlines that have been losing direct bookings.

As for Google Hotels, that remains to be seen.

But, safe to say, if you’re a hotel company or airline that has yet to catch on to the whole digital marketing craze, it may be time for you to catch up.

This piece originally ran on TravelPulse.com and is published with permission. 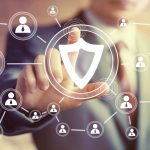 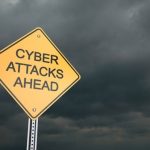