With 2020 now upon us and 2019 in the rearview mirror, I thought this would be a good time to take a look back at the stories (and the themes that the stories represent) we covered in 2019 that I believe will have the largest impact on hotel owners and operators in 2020 and beyond. I hope that you will enjoy.

Airbnb Seeks to Expand Its Corporate Business (January 26, 2019). In an effort to expand its Airbnb for Work user base, last week, Airbnb announced its acquisition of Danish company, Gaest.com. Gaest.com connects corporate users on six continents with spaces they can rent for meetings, team building or social events. While Airbnb has made great strides growing its Airbnb for Work program (nearly 700,000 companies are represented), adding third-party owned meeting and event space to the platform allows Airbnb to appeal to the 75 percent of corporate employees who do not travel on a regular basis.

Google Continues Steady Evolution (March 17, 2019). Those of you who are still not convinced that Google has its eyes on ultimately becoming an online booking platform may finally have to throw in the towel. With little to no fanfare, last week, Google launched a multi-functional destination site for hotels (Google Hotel Search) similar to existing Google Flights. Users of the new site will find metasearch type listings for requested locations, as well as a booking engine. Users seeking to book a room can choose to book through one of the many listed advertisers (OTAs) or, for many hotels, book right on the Google site. Filters available on the site allow users to target particular hotels, including a “deals” filter that identifies particularly low rates for a property (when compared to the property’s historical rates or rates for nearby competing properties). What these important changes at Google mean for hotels long term is still to be determined, but short term, the changes (i) may exacerbate current concerns regarding rogue wholesalers’ use of non-contract rates (e.g., the use of a “deals” filter will only bring more attention to uncharacteristically low rates) and (ii) may provide further assistance to hoteliers in their direct booking efforts (Google Hotel Search provides direct contact information for each identified property and provides hoteliers the opportunity to contribute to site indices featuring pricing, reviews and photos.) I’m sure this isn’t our last story to discuss this new Google product.

And Now, a Few Words About the Airbnb/Hotel Tonight Acquisition (March 17, 2019). By now, everyone has had a chance to read the dozens of articles written about the recently announced acquisition of Hotel Tonight by short-term booking platform, Airbnb. We include a story in this week’s Update detailing the price paid by Airbnb and how the price may be viewed by Hotel Tonight investors as Airbnb continues its march to becoming a public company. From my outsider’s perspective (solely my opinion), the acquisition only accelerates the homogenization that is already well underway among third-party booking channels. Soon, every online booking channel will feature the same mix of hotels, resorts, apartments, homes and other forms of accommodations (presumably, all with nearly identical pricing for comparable properties). When that ultimately happens, how will users choose where to book? Will they choose the first site or application they come to (anyone know Google)? Will they choose the channel with the best content? How about the channel with the best user experience (hello, Amazon)? Yes, Airbnb revolutionized the rental home market, but as it moves closer to becoming a traditional online booking channel (while at the same time the established channels grow their home rental inventory), Airbnb is beginning to lose many of the attributes that made it unique. From a hotelier’s perspective, the introduction of a new legitimate general online booking channel may finally introduce competition (and the benefits associated with competition) into the online booking world.

Amazon May Enter…Has Entered the Online Travel Industry (May 17, 2019). Change in the online travel industry is sometimes fast and furious, which is one of the primary reasons we launched our weekly OTA & Travel Distribution Updates nearly three years ago (yes, it has been that long). This past week, headlines regarding Amazon and its inevitable, and then actual, entrance into the online travel industry only proves our point. Early in the week, every online travel newsletter, blog and social media platform featured news of Morgan Stanley’s conclusion that Amazon ($600 million profit) could not logically remain out of online travel for much longer. If that wasn’t enough to get the attention of established industry participants (many of which have dismissed reports of Amazon’s inevitable entrance into travel), reports issued only days later of Amazon’s actual entrance into online travel surely did. On Thursday, industry expert and friend Robert Cole broke the news that Amazon (powered by Indian OTA, Cleartrip) had added domestic flights in India to its offerings. Travelers booking flights on Amazon receive cash back – the amount of which depends on whether the traveler is an Amazon Prime member. Expect many more stories to come in future Updates on this potentially landscape-altering addition to online travel.

Booking.com Amends Its Commission Policies (May 26, 2019). Although it was a relatively quiet week in the distribution world (at least in terms of the number of noteworthy stories), this first story garnered a lot of attention and deservedly so. Over the past few weeks, we had heard rumblings that Booking.com was notifying hotels of its plans to charge commissions on hotels’ resort fees and other guest charges (e.g., Wi-Fi charges) irrespective of whether Booking.com or the hotels collect the charges. These rumblings became a reality as the many usual outlets began featuring articles detailing Booking.com’s plans. According to these reports, U.S. hoteliers should see the additional commission charges beginning in June. Hoteliers need to review their contracts carefully to determine whether this unprecedented move is contractually permitted.

Vacasa Strikes Direct Connect Deal with Google (September 7, 2019). Last week, vacation rental management company Vacasa announced that it had reached agreement with Google to feature Vacasa’s 14,000 rental properties within Google’s hotel search results. Users seeking to book one of the rentals will be directed to Vacasa’s website to complete the booking. Unlike its established hotel business (which is highly monetized), Google’s vacation rental business is still in its infancy. For example, according to Vacasa, this newly announced integration is not monetized – Vacasa doesn’t yet have to compete monetarily for placement against other distribution channels that may be able to offer the same rental property. This will obviously change at some point. For now, Google is making clear its intention to become a major player in the vacation rental distribution business one step (and one supplier) at a time.

Landmark Deal Seeks to Resolve Rogue Intermediary Challenges (September 22, 2019). While much has already been written about (and in the weeks and months to come will continue to be written about) the recently announced wholesale distribution agreement between Marriott and Expedia, I could not send this week’s Update without at least some mention of the deal. For months, we have been featuring stories about the trials and tribulation of hoteliers seeking to reign in the rogue (and, in many instances, contractually unauthorized) practices of various wholesalers and other channels. These stories reflected our own clients’ frustrations working with many of the same channels. While I appreciate the immediate reaction of many who have asked why any hotelier would ever want to get this close to Expedia, I think the answer is simple. If an established (and stable) provider of superior technological solutions came to you and offered to take the daily challenges of managing (and perhaps, disciplining) many of your most difficult distribution channels off your plate, wouldn’t you be interested?

Sonder Seeks To Shake Up Traditional Hoteliers (October 13, 2019). With apartment-style accommodations now available in 26 cities in six countries, Sonder is readying itself for a possible IPO. The venture capital backed start-up leases traditional multi-family units, combines them with services similar to traditional hotels and then leases the units on a short-term, transient basis. According to Sonder CEO, Francis Davidson, Sonder doesn’t see itself as a competitor of Airbnb, but as a competitor to traditional hotels. How this model evolves in the face of growing state and local regulation of similar short-term rentals will be interesting to watch. So long as state and local regulators find themselves short of the resources necessary to implement and enforce these regulations, however, Sonder may do just fine.

Okerstrom and Pickerill Out (December 6, 2019). By all accounts we’ve seen, this past week’s resignations of Expedia Group CEO Mark Okerstrom and CFO Alan Pickerill came as a complete surprise. What led to the sudden departures? Expedia Group’s dismal third quarter financial results? Differing perspectives on Expedia Group’s go-forward strategies? I’m not sure we will ever know all of the reasons for the resignations. A copy of Expedia Group Chairman Barry Diller’s text to Expedia Group employees immediately following the resignations is included in our Geekwire report. For now, Expedia Group will be led by Diller and Expedia Group Board Vice Chairman, Peter Kern. What this all means for Expedia Group’s hotel supplier partners is unclear, though if asked to speculate (which is all anyone can do at this point), I’d offer that it might be rough going in the near term. While Cyril Ranque appears to still be president of Expedia Group’s lodging partner services, it isn’t clear whether Ranque or even his role within the Expedia Group organizational chart will remain. Even if Ranque retains his position long term, we have no idea what influence Diller’s presence might have on Ranque and his approach to suppliers. We know firsthand that Okerstrom often got personally involved in the negotiation of key lodging partner agreements and whether Diller is prepared to play a similar role (or even if not playing that role, how Diller might view Expedia Group’s supplier partners and the more moderate “cooperative” approach to key supplier partner relationships exhibited under Okerstrom’s leadership) is unknown. Buckle up everyone.

Greg Duff founded and chairs the firm’s national Hospitality, Travel and Tourism group. Greg’s practice is directed at the variety of operations-oriented matters faced by hospitality and travel industry members, including management agreements, franchise agreements, sales and marketing, distribution and e-commerce, procurement and technology. Greg serves as counsel and legal advisor to many of the hospitality industry's local, state and national trade associations and trade groups, including AH&amp;LA and HSMAI. Greg also founded and co-hosts each year the annual Travel and Technology Conference that focuses on the development and use of emerging technologies in the hospitality and travel industries. Prior to joining Garvey Schubert Barer, Greg served as Associate General Counsel at the Westin Hotel Company/Starwood Hotels and Resorts, Assistant General Counsel at Homegrocer.com/Webvan Group and General Counsel and VP of Development at Columbia Hospitality.

Google Flights and Google Hotels: Friend or Foe to Airlines and Hoteliers? April 24, 2015
The Challenges that Hotel Brands Face in Paid Search May 6, 2015
Clamping Down on “Apartment-Sharing” Website AirBNB August 3, 2015 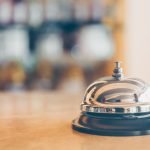 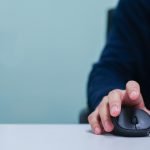