In 2018 and 2019, there were approximately 5,000 federal lawsuits filed against hotels, restaurants, stores, and other places of public accommodation alleging that their websites violated Title III of the Americans with Disabilities Act (“ADA”). In all likelihood this number of lawsuits will increase in 2020 now that the U.S. Supreme Court has declined to review a Ninth Circuit Court of Appeals decision against Domino’s Pizza that essentially gave the green light for individuals with visual impairments to file suit against places of public accommodation if their websites are not fully compatible with screen reader software or otherwise not accessible. You can read more about the Supreme Court’s decision here.

Despite the Supreme Court’s recent denial of Domino’s petition for Writ of Certiorari, business owners and operators have at least some room for optimism. Indeed, as we explained in a prior blog post, there were two rulings from the Southern District of New York in the Spring of 2019 that ruled in favor of businesses when: (1) the business had already fixed the website which mooted the case; and (2) the plaintiff had failed to identify any concrete or particularized injuries she suffered, including which sections of the website she tried to access, the date on which she visited the website, and what goods or services she was unable to purchase. Thus, it is comforting to know that at least some defenses are available and can succeed on a motion to dismiss.

Then, in November 2019, another business prevailed on a website accessibility case, this time in a case arising out of the Eastern District of New York. See Castillo v. The John Gore Organization, Inc., Case No. 1:19-cv-00388-ARR-PK (E.D.N.Y. Nov. 14, 2019). This case arose out of a theater’s stated policy on its website regarding the bringing in of outside food. Specifically, the Charles Playhouse in Boston stated on its website that audience members were prohibited from bringing outside food into the theater. In response to this policy, an individual with diabetes brought suit under Title III of the ADA alleging that the theater’s policy of prohibiting her from bringing in outside food dissuaded her from buying a ticket see a show because she was required to have snacks with her at all times to stabilize sudden drops in her blood sugar.

Fortunately for the theater, they had several available defenses to these claims, most notably that (i) it had a prominently displayed accessibility policy on its website stating that the theater was accessible to all patrons, and that guests with accessibility questions could email or call the theater directly; and (ii) the plaintiff never called or e-mailed the theater to ask whether there were any exceptions to the policy that might allow her to bring in snacks, despite this policy. Thus, due to the accessibility statement’s prominent display on the homepage of the website, the court found that the plaintiff must have seen the accessibility policy PRIOR TO seeing the policy prohibiting an individual from bringing outside food into the theater, yet she failed to contact the theater per the website’s instructions and was thereafter denied permission to bring outside food. As a result, the plaintiff was unable to demonstrate actual knowledge of a barrier to access. The court also rejected the plaintiff’s broader allegation that she intended to visit the theater at some unspecified time in the future if the alleged barriers to entry were remedied and the purported discriminatory policies were fixed. Thus, because the plaintiff failed to prove the existence of an injury in fact, the court dismissed the complaint for lack of standing.

If you are an owner or operator of a place of public accommodation, hopefully your website already contains a prominently-displayed accessibility statement. If not, this case certainly illustrates the importance of one. Such an accessibility statement must include language that your property is accessible to all guests and must also provide a phone number, email address, and contact person with whom to an individual with a disability can speak for any and all questions and requests regarding potential accommodations that can be made. If your business does not yet contain an accessibility statement, please contact us and we can help craft one and get it up on your website as soon as possible to reduce your potential exposure from an ADA website claim.

ADA Interactive Process: A Quiz for Employers July 29, 2014
Revisit Food Allergies and Accommodations for Guests and Employees October 29, 2014
The Challenges that Hotel Brands Face in Paid Search May 6, 2015 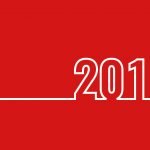 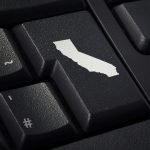