When serious fires involving fatalities and injuries occur in buildings where many people are gathered, such as in hotels and other hospitality environments, they receive much public attention. Undoubtedly, it is the responsibility of the industry to prevent, or deal effectively, with fires on their premises, and protect the occupants. Nonetheless, the understanding of human behavior during fire-related incidents can be a valuable tool in developing fire safety measures. Case studies of human behavior in building fires show people do not behave according to assumptions that are the basis of most fire safety measures. These studies indicate that occupants of large buildings are often incapable of escaping in time. This is in large part because in situations of fire, the behavior of humans attempting to escape is greatly influenced by the behavior of the surrounding people, the design of the building, and the effect of the fire. This paper and presentation discusses research on human behavior during building fires to assist risk and facilities managers in better understanding human response to fire situations.

The most frequent behaviors in response to a fire are notifying others, searching for a fire, and evacuating (Bryan, 2002). Research has shown that, following initial notification of a fire event, people delay evacuating by an average of 50 to as much as 220 seconds (Bryan, 2002; Peacock et al., 2008). In at least one case of a residential high rise fire, residents took about 10 minutes to start evacuating (Brennan, 1997). In yet another study, approximately 15 percent of people stayed in the building voluntarily, half of whom reported doing so to engage in fire control or fire fighting activities (Bryan, 1977). When people do evacuate, they are more likely to use familiar routes than ones with which they have no experience (Proulx, 2002).

Delay in evacuating has been attributed to denial of the situation, skepticism of alarms as being tests or drills, and social dynamics (Bryan, 2002; Peacock et al., 2008). Whereas notifying others is the most frequently reported first behavior in response to a fire (Bryan, 2002), research indicates that social interaction in response to being notified can sometimes have counterintuitive effects. For example, in a study of responses to a room being filled with smoke, people who were alone in the room reported the smoke in 75 percent of cases, whereas if there were two passive individuals in the room with the person, only 10 percent reported the smoke. In one case, when people re-entered a building to warn others after observing the fire from outside, they were laughed at and the warning was disregarded (Bryan, 1957). Thus, social inhibition related to notifying and responding can be important factors in one’s decisions regarding evacuation.

As evacuation delay increases, there is potential for smoke, heat, and flames to spread, including into one’s route of egress and/or immediate environment. As such information becomes apparent, mental workload increases, caused by the stress from thinking about what to do in response to the fire (Proulx, 1993). As the actual threat and mental workload increase, a “fight or flight” reaction is more likely to occur, whereby decision-making and motor capabilities are impaired and attention becomes narrowly focused on isolated aspects of the situation (Gaillard, 2008; Janis et al., 1983). For example, the primary factors influencing the decision to move through smoke are recollection of the location of the exit, estimating the distance that has to be traveled to the exit, as well as the perceived severity of the smoke and heat (Bryan, 1983). However, evacuees in a fight-or-flight mode are more likely to misperceive or misjudge a situation and, importantly, persist in their chosen course of action, which can lead to suboptimal outcomes. For example, under instructions to evacuate a lecture hall as quickly as possible (i.e., a panic situation), 3 percent of evacuees reported that following others was an important criterion of their chosen path and 90 percent reported that distance to the exit was an important criterion in choosing where to exit. Conversely, under less demanding conditions, between 13 and 27 percent reported that following others was an important consideration, and between 73 and 87 percent reported distance as important. It is thus foreseeable that stress and panic resulting from delay can influence decision making and, in turn, successful evacuation.

Evacuation delay in hotels, in particular, is additionally influenced by guests getting dressed prior to evacuating. For example, in a fire at the MGM Grand Hotel in Las Vegas in 1980, getting dressed was the most frequently reported first thing evacuees did in response to being notified of the fire. Furthermore, hotel guests “clustered” in rooms that they identified as areas of refuge, and stayed in those rooms until assistance was obtained or they were informed by fire/rescue personnel to evacuate. These clusters ranged in size from 3 to 35 people. Bryan (2002) interpreted this behavior as an anxiety and tension-reducing mechanism. Although clustering may make people feel safer and reduce stress, it may be less than optimal when a fire may be spreading. Lastly, people are more likely to have limited knowledge of a hotel’s layout, as opposed to, for example, office workers highly familiar with their building (Proulx, 2002). Therefore, all the issues discussed above are likely to be exacerbated by a lack of information about appropriate evacuation routes.

Effect of Design on Evacuation Behavior

Research indicates that people evacuate taller buildings at slower speeds than shorter buildings. This is due to larger numbers of evacuees and fatigue from descending stairs (Peacock et al., 2008) which, coupled with narrow stairwells, has the potential to create obstructions when evacuees stop to rest or if the density of evacuees increases to the point of inhibiting flow (Proulx, 2002). Thus, delaying evacuation can exacerbate any potential design issues such as narrow or steep staircases. In order to decrease delay, graphic displays with computer-generated messages, high-pitched alerts, and verbal directives should be used (Bryan, 2002; Proulx, 2002). In particular, directives provided live using a voice communication system from a control room have been identified by the British Standards Institute (1997) as yielding the shortest delays. Conversely, alarm-bell type systems have been associated with the longest delays, presumably for the reasons already discussed: skepticism/denial and assuming that the warning is in fact a fire drill.

Definitive, valid, and directive information provided to occupants of a building in a fire incident are the most effective in minimizing confusion, stress, and potential panic resulting from delay and ineffective decision-making (Proulx, 1993). Some people with disabilities need assistance to evacuate and, despite assistance known to be provided by others, consideration should be given to the nature and positioning of support systems such as handrails and doors. For example, wheelchair users take more time to push than pull a door open and in general required three to four times longer than ambulatory disabled persons to negotiate the door (Bryan, 2002).

Successful decision-making during evacuation is dependent on training and practice of fire safety plans (Chubb, 1993). Immersive virtual reality (IVR) serious games (SGs) have been implemented in fire evacuation training (e.g., Smith & Ericson, 2009; for a review, see Feng et al., 2018) and have been shown to enhance the capability of delivering evacuation knowledge (Mayer et al., 2013; Zhou et al., 2016). Furthermore, one week after training, participants that received IVR SGs had better performance in terms of knowledge retention compared to those that were trained using traditional approaches (Chittaro & Buttussi, 2015; Li et al., 2017). This improved retention of safety information has been demonstrated in earthquake and aviation emergency training after the beneficial effects of IVR SGs found in fire evacuation training (Chittaro & Ranon, 2009; Sacfung et al., 2014; Smith & Ericson, 2009). IVR SGs are a promising tool for fire evacuation education and training purposes and should be considered by risk managers in development and implementation of evacuation programs and training.

Bryan J (1957). A study of the survivors’ report on the panic in the fire at Arundel Park Hall, Brooklyn, Maryland, on January 29, 1956. University of Maryland, College Park.

Bryan J (1983). An examination and analysis of the dynamics of the human behavior in the MGM Grand Hotel fire. National Fire Protection Association, Quincy, MA.

Mayer I, Wolff A, & Wenzler I (2013). Learning efficacy of the ‘hazard recognition’ serious game. International Conference on Serious Games Development and Applications, 118-129.

Rogsch C, Schreckenberg M, Tribble E, Klingsch W, & Kretz T. (2008). Was it panic? An overview about mass-emergencies and their origins all over the world for recent years. In W Klingsch et al. (eds.), Pedestrian and Evacuation Dynamics 2008. Berlin Heidelberg: Springer-Verlag.

Dr. Khan holds a B.S. in Industrial Engineering and an M.S. and Ph.D. in Industrial and Systems Engineering. Her Masters and Doctoral work focused on the study of human behavior and risk perception and their effect on accident causation. She has extensive experience with assisting clients in understanding risk perception, human error, and risk-taking behavior in product liability, workplace accidents, transportation accidents and premises accidents.

Dr. Khan has designed and evaluated warning labels, safety instructions, operator manuals, as well as safety program documentation for major manufacturers and organizations. She has also written and evaluated safety program documents, assessed the risk of injury from operations, performed numerous safety audits, analyzed injury and illness data, investigated accidents to provide guidance on injury reduction of state run facilities for the State of Wisconsin and the University of Wisconsin as well as major corporations.

Rimkus Consulting Group, Inc. is a worldwide provider of forensic consulting and technical services to corporations, insurance companies, law firms, and government agencies. Rimkus assists clients in the responsive and timely resolution of claims and disputes, as well as restoration design services, facilities risk assessments, and due diligence property condition assessments. For more than 35 years, the company’s team of professional engineers, architects, scientists, and technical specialists has been recognized for its commitment to service excellence by local, national, and international business communities. Rimkus operates more than 95 offices across the United States, Canada, and the United Kingdom. For more information, visit www.rimkus.com. 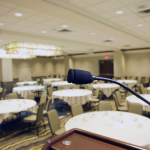 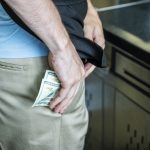