Insurance Coverage for Losses Stemming from the Coronavirus

Insurance Coverage for Losses Stemming from the Coronavirus

The coronavirus has not only sickened tens of thousands of people, killed several hundred, and disrupted life for millions, but has also sharply impacted the second-largest economy in the world. Many Chinese companies have suspended operations, and international companies like Starbucks, Apple, McDonalds, KFC, and Pizza Hut have closed their stores in Wuhan and elsewhere. Disney has closed its parks in Shanghai and Hong Kong. Luxury brands have seen their stocks fall. Tesla and other companies have suspended operations. Companies that do not have operations in the geographic areas that are most acutely affected by the outbreak but depend on businesses in those areas as part of their supply chain are also impacted.

Businesses should evaluate whether and how their operations and revenue may be affected by the coronavirus and then closely analyze whether existing insurance policies potentially provide coverage for the losses.

Standard property insurance policies usually include two types of valuable coverage for disruptions like the coronavirus. Business interruption coverage insures against losses resulting when the policyholder’s operations are directly affected; and contingent business interruption coverage insures against the risk of indirect losses, such as when suppliers or customers are affected.

In most property insurance policies, business interruption coverage is triggered when the policyholder’s own property suffers direct physical loss or damage; however, physical damage can also include contamination of property or equipment. Moreover, some policies, particularly those written for policyholders in the hospitality industry, provide coverage for losses stemming from infectious disease without requiring any physical damage to the premises itself. Additionally, many insurance policies include civil authority coverage, which covers losses that occur when government authorities restrict access to the area where a business is located or that the business depends on for its operations.

Many property insurance policies also provide contingent business interruption coverage, triggered by damage to or disruption of a business’s suppliers, customers, or other key partners. While the policyholder itself need not be physically damaged, it does need to have coverage for the type of damage that affected its suppliers, business partners, or customers.

While business interruption claims may, at first blush, seem the most likely to follow from the coronavirus outbreak, depending upon the claims that are asserted, insurance coverage may exist under commercial general liability, D&O, and E&O insurance coverage. Commercial general liability insurance coverage provides a defense to claims asserted by third parties for bodily injury or property damage. With some companies experiencing a drop in share price, shareholder suits and others may follow. Those claims may trigger coverage under D&O and E&O insurance policies. People who are being quarantined on cruise ships or by other private entities might have claims about how they are being treated.

Workers compensation insurance policies generally cover occupational diseases and injuries, i.e., those that: (1) are due to causes and conditions that are characteristic of and peculiar to a particular trade, occupation, or employment; and (2) are not an ordinary disease to which the general public is equally exposed outside of employment.

There are, however, instances in which “ordinary diseases” may be covered if it is possible to establish a direct connection between the workplace and the circumstances through which the disease was contracted. For example, if an illness is triggered by an event at the workplace and directly flows from the work that is being performed, it may be argued that the resulting disease has been the result of an accident causing bodily injury. The coronavirus is spread by respiratory droplets and is so highly contagious that health care workers are wearing full hazmat suits while treating those infected. Accordingly, if it is determined that an employee contracted the virus at work, it is quite likely that workers compensation insurance would respond to the injury. Of course, in such a situation, the business’s primary concern would be protection of its employees and the public from any other contraction of the disease, with insurance issues to be resolved in due course.

It is important for policyholders to consider all potentially applicable insurance policies when evaluating coverage for coronavirus-related claims and losses. Consulting with an insurance broker and trusted insurance experts can put policyholders in the strongest position to maximize their insurance recovery in the event of a loss or claim resulting from the coronavirus.

Pamela D. Hans – Shareholder, Anderson Kill
Ms. Hans is the managing shareholder of the firm’s Philadelphia office. Her practice concentrates in the area of insurance coverage exclusively on behalf of policyholders.
Ms. Hans has been named to the 2019 Best Lawyers® list, recognized by The Legal 500, and tapped by Law360 as a Legal Lion for a $58M Appeals Court Win for TransCanada Energy. Since 2017, The Legal 500 US has recommended her for Insurance – advice to policyholders, and in 2017, Chambers USA named Ms. Hans a “Recognized Practitioner” for Insurance Law in Pennsylvania. In 2014, she was identified by Law360 as a Female Powerbroker.

During his 20-year career representing policyholders, Marshall has recovered hundreds of millions of dollars for his clients, successfully litigating disputed claims under a variety of insurance products, including property and business interruption insurance, commercial general liability (CGL) insurance, errors and omissions (E&O) insurance, directors’ and officers’ (D&O) insurance and life insurance. Marshall has represented clients on numerous high-stakes, complex insurance claims arising out of prominent losses such as 9/11, Hurricane Katrina, Superstorm Sandy and the “Big Dig” in Boston. He also focuses extensively on assisting clients that own and manage captive insurance companies, especially with respect to resolving coverage disputes between the captive and its reinsurers. 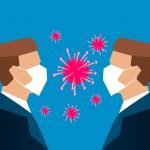 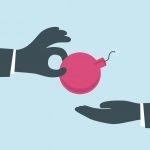