Is Your Employment Practices Liability Insurance Covering the Right Risks?

Is Your Employment Practices Liability Insurance Covering the Right Risks?

While no employer is immune from employment-related lawsuits, particularly in a sluggish economy, the hospitality industry faces unique, yet recurring, challenges in terms of employment-based claims – and thus is particularly reliant on employment practices liability insurance (EPLI). Because the hospitality industry is among the leaders in workplace diversity, discrimination claims based on race, gender, religious beliefs and sexual orientation are commonplace. Further complicating matters for hospitality employers, employment suits arising out of employees’ use of social media are burgeoning. Additionally, wage and hour class-action lawsuits continue to proliferate, particularly for the restaurant industry, and carry with them the potential for hundreds of millions of dollars in liability. Consequently, prudent companies seeking to minimize exposure for employment-related lawsuits should appreciate the nature of employment practices liability insurance, and how it applies to the emerging trends in hospitality-based employment litigation.

Broad Coverage Grants, but No Uniformity

Employment practices liability insurance policies are not one-size-fits-all, as they are frequently sold as manuscript policies and can have varying coverage terms and exclusions. This lack of uniformity requires a policyholder to carefully assess the most frequent or likely employment-related claims it may face and purchase the policy that best suits its needs. Nevertheless, employment practices liability insurance policies typically provide coverage for a broad range of claims including claims of discrimination based on race, age, gender or national origin, as well as claims alleging sexual harassment and wrongful termination. Some employment practices liability insurance policies may also provide coverage for claims alleging breach of employment contracts, defamation, failure to promote or negligent evaluation, wrongful discipline, and workplace torts. Wage-and-hour claims will likely be covered only by endorsement, as discussed below.

Most EPLI policies also provide coverage for retaliation claims, which surpassed race-based discrimination claims in the past four years as the most frequently filed charge with the Equal Employment Opportunity Commission. Thus, hospitality employers can take some measure of comfort in knowing that types of claims that are becoming most frequent are covered under most standard EPLI policies.

Of course EPLI policies are not without limitation. Commonly excluded claims include those arising under the National Labor Relations Act, the Worker Adjustment and Retraining Notification Act, Employee Retirement Income Security Act and also include Occupational Safety and Health Association claims, claims for punitive damages, claims alleging intentional acts, and claims arising under workers’ compensation laws. These types of claims are common, and certain employers may be more susceptible to them than to covered claims. Consequently, it is imperative to evaluate whether or not your company is likely to face the types of claims that are excluded from coverage in advance of purchasing your EPLI policy.

Typically, defense costs are included in and subject to the limits of insurance. The defense provisions of your EPLI policy may require your insurance company to defend the claims, or they may simply require that the insurance company pay for the cost of defending claims. Once again, familiarity with the defense provisions is critical because often the cost of defense of employment-based lawsuits will be greater than the cost of any settlement, verdict or award.

Wage and Hour, a la Carte

Recently, wage and hour class-action lawsuits under the Fair Labor Standards Act (FLSA), or its state-law equivalents, have become increasingly common and increasingly popular among class-action law firms. The restaurant industry, particularly national and international franchises, has been a popular target of this type of litigation.  Because wage and hour suits typically allege violations of the FLSA with regard to the method by which employees are paid, they are particularly problematic for many in the hospitality industry that pay employees by the hour, including tips.

For employers with large workforces the potential liability in these cases can be staggering, often in the tens to hundreds of millions of dollars. Making matters worse for employers, claims arising under the FLSA have been traditionally excluded under many EPLI policies.

Ironically, the proliferation of these class-action wage and hour suits has resulted in a number of insurance companies selling an endorsement that provides coverage for wage and hour claims under the FLSA. Many of these endorsements do not provide indemnification and only provide coverage for defense costs, which can easily escalate and total in the millions of dollars. Although coverage of defense costs is of great benefit, policyholders must appreciate and understand the scope of exactly what type of coverage they are purchasing for FLSA claims and wage and hour class-action lawsuits.

As emerging technologies introduce new risks, and as wage and hour class actions proliferate, the hospitality industry finds itself with an ever-expanding target on its back. Consequently, hospitality businesses have an increasing need to look to EPLI coverage for these growing potential liabilities.  Although many aspects of EPLI policies are suited to meet the emerging trends and claims in employment litigation, policyholders can only maximize their EPLI coverage through a full analysis of available policies and understanding of the terms of their current coverage.

Darin J. McMullen is a shareholder in the Philadelphia office of Anderson Kill. Mr. McMullen’s practice is concentrated in representing corporate policyholders in obtaining insurance recovery in complex coverage claims. He is also a member of Anderson Kill's Financial Services Industry group, Hospitality Industry Practice group, as well as the firm's Cyber Insurance Recovery group. Mr. McMullen represents policyholders in a wide variety of first and third-party coverage matters including property loss, business interruption claims, bad faith claims, EPLI insurance coverage, D&amp;O and E&amp;O claims, as well as construction-related coverage disputes. Mr. McMullen's clients include large international companies as well as privately held businesses engaged in a variety of industries including manufacturing, hospitality, biotech, and construction. Mr. McMullen has also been extensively involved with insurance recovery efforts following Hurricanes Katrina and Rita and, as a result, has served on the American Bar Association's Task Force on Disaster Insurance Coverage. In addition to his insurance coverage practice, Mr. McMullen also has a broad commercial and employment litigation background as well as providing clients with employment advice. Mr. McMullen has trial experience in Federal and State Courts and also has been involved in numerous alternative dispute resolution efforts, including arbitration and mediation. 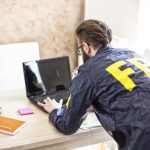