Some issues in hotel law come and go. Falls in slippery bathtubs have a sticking quality. Liability in this type of lawsuit can be avoided but it takes some attention to those porcelain bastions of cleanliness.

In the typical case a guest is showering, loses his balance and falls. Because floors and walls surrounding showers are customarily rock-hard, injuries are likely to occur and be substantial.

So, who’s at fault? The answer is: it depends. Yes, guests should know that tubs and shower stalls are, by their very nature, slippery and potentially dangerous. And, yes, guests should therefore use caution to protect themselves from injury.

But knowing that shower areas present risks is not a trade secret shared only among guests. Hoteliers are also in the know. That fact imposes on inns a duty to take reasonable steps to prevent foreseeable bathroom mishaps. Those steps include installation and ongoing maintenance of any of the following: non-skid strips on the tub or shower floor, a bathmat, handrails along the walls of the tub for gripping and/or like devices designed to reduce the dangers. Failure to provide, and keep in good form, these simple apparatus deprives the guest of protection against falling, and in many states opens the door, to a founded lawsuit.

Two recent cases underscore these principles. A guest at a Radisson hotel in Bismarck, N.D., slipped and fell out of the shower. The area was not equipped with non-skid strips, a bathmat or handrail. The guest sued; the hotel sought early dismissal claiming it had no duty to provide the referenced devices. Rather, asserted the hotel, the risk of falling in the shower is open and obvious, rendering the guest responsible for his own well-being. The hotel lost the argument with the court refusing to hold that an inn has no duty to provide mechanisms to minimize the dangers of wet and soapy floors. Instead, either the hotel will have to settle the case by paying damages, or a trial will be held and a jury will decide whether the hotel satisfied its duty to maintain the premises in a reasonably safe condition. On this latter point, the hotel is not on steady footing.

In the second case, a guest at the Governor’s Inn in Sevierville, Tenn., fell while exiting a recessed bathtub and sustained serious injuries to her right hip. Like the Radisson case, the Governor’s Inn did not provide any means for bathers to avoid slips. The Inn too sought early dismissal of the case, arguing that it had no duty to provide slip-resistant devices. The outcome was the same. The Inn lost the argument; the court denied early dismissal thus sending the case to settlement or trial.

Not all states follow the rule applied in these two cases. Instead, some states have held that innkeepers owe no duty to use mechanisms to reduce the risk of slick shower floors. Even so, hotels, of course, want their guests to be free from harm. With a relatively small investment of money and time, tumbles in the tub can be avoided.

"For 22 years as Brighton Town Judge I have enforced the law, applying the rules without favor. As a judge, I blend fairness, impartiality, diligence, caring and firmness in all my decisions. Like you I am concerned about the safety of our community, the future of our young people, and the wellbeing of our residents. To those ends, I hold convicted defendants accountable, and for nonviolent offenders I include mandatory rehabilitation programs to help eliminate repeat criminal behavior" Additionally, 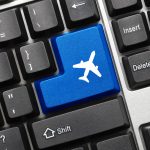 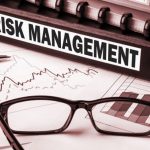