ADA/Standing
1. Brito v. Wyndham Hotels and Resorts, LLC, 2018 WL 317464 (D. Colo., 01/08/2018). Plaintiff is a paraplegic and requires the use of a wheelchair to ambulate. While at defendant hotel he encountered multiple violations of the Americans with Disabilities Act (ADA) that effected his use and enjoyment of the premises and sued. The hotel challenged plaintiff’s standing. To establish standing, a plaintiff must show, inter alia, that he suffered an injury in fact. To prove that, plaintiff must establish a likelihood that he will return to defendant’s premises. Factors a court considers are the proximity of the business to plaintiff’s residence, the plaintiff’s past patronage of the business, the definitiveness of plaintiff’s plan to return, and the plaintiff’s frequency of travel near defendant. In the complaint plaintiff stated he lives in the same county as defendant, he has frequented defendant hotel for “pleasure purposes,” he was a guest at the premises for a two day stay, and he alleges an intention to return within four months. This constitutes a personal stake in the outcome to constitute standing and avoid dismissal of the complaint.

Bankruptcy
2. In Re Lorraine Hotel 2017 LLC, 2018 WL 5288893 (N.D. Ohio, 10/22/2018). Plaintiff hotel filed a Chapter 11 petition in bankruptcy. The debtor’s sole asset was a 93-room hotel, of which 54 rooms were rentable. The debtor did not have casualty insurance covering destruction of, or damage to, the facility. The Bankruptcy Code, Section 1112(b) authorizes a judge to dismiss or convert a Chapter 11 case to Chapter 7 “for cause.” Cause exists where a debtor fails to maintain appropriate insurance resulting in risk to the estate. The court stated appropriate insurance coverage is of “paramount importance” in this case because of the single asset in the estate and the status of the business as a struggling downtown hotel. The court thus dismissed the Chapter 11 case and denied conversion to Chapter 7. Instead, creditors can pursue their state remedies.

Class Action
3. Valverde v. Xclusive Staffing, Inc., et al, 2018 WL 4178532 (D. Co., 08/31/2018). Plaintiff is an employee of Omni Hotel. Per the written employment policies of the management company that operates the hotel, a $3.00 processing fee is deducted from each paycheck plaintiff and other employees receive. Plaintiff objected and seeks certification of a nationwide class of plaintiffs. Defendant objected arguing the allegations were insufficient to show that plaintiffs from other states were subject to the same policy. The court noted that defendant management company’s policies are national and controlled centrally from its Colorado headquarters. They are contained in its written employment policies used nationwide. The court thus found the evidence sufficient to certify a nationwide class.

Contracts
4. Murphy Elevator Co., Inc., v. Coco Key Hotel & Water Resort, 2018 WL 1747924 (Ohio Appls Crt, 04/11/2018). The parties had a two-year elevator maintenance contract. After the first year and a half, the hotel failed to pay. The elevator company stopped performing and sued for breach of contract. The hotel argued that it should only be liable for the unpaid moneys up to the time plaintiff stopped performing. The court rejected this argument and granted the elevator company lost profits. Noted the court, an award of damages should put the injured party in the same position it would have been in had there been no breach.

6. Claris, Ltd. v. Hotel Development Services, LLC, 2018 WL 3203053 (Crt. Appls, Ohio, 06/29/18). Per contract dated 8/2005, defendant agreed to build plaintiff a 4-floor, 122 room hotel which plaintiff planned to operate as a Candlewood Suites. The construction was completed in late summer 2006. In 2013 the hotel began experiencing water penetration when rain occurred. Plaintiff’s expert witness investigated defendant’s construction work of the hotel’s walls and identified five deficiencies. The expert excluded one of the five as the cause of the water problem but did not identify the extent to which the other four may have contributed to the damage. Therefore, plaintiff failed to establish that a breach of contract by defendant caused the leakage. Thus, the court reversed a jury verdict in favor of plaintiff and directed a verdict for defendant.

7. Couture Hotel Corporate v. US, 2018 WL 3076847 (Crt. of Fed. Clms, 06/21/2018). Plaintiff purchased a $9 million hotel near Nellis Air Force Base intending to participate in the off-base lodging business for visitors to the base utilized when on-base lodging is full. To meet the base’s requirements, plaintiff made modifications costing in excess of $1 million. When the work was completed, defendant advised plaintiff that, due to lowered demand, it was not adding any new facilities to its overflow listings at the time. Plaintiff sued, claiming that defendant’s refusal to permit plaintiff to compete for off-base services violated the Competition in Contracting Act, various associated procurement regulations, and a contract implied-in-fact. The court held for the government finding procurement rules were not violated, and a contract-in-fact did not exist. While the government representative talked to plaintiff about prerequisites to qualify for the lodging overflow business before plaintiff purchased the facility, documents provided to plaintiff clearly stated that a prerequisite to the government signing a contract were various inspections and approvals. Said the court, “[I]n negotiations where the parties contemplate that their contractual relationship would arise by means of a written agreement, no contract can be implied.” The complaint was thus dismissed for failure to state a claim.

Default Judgment
8. Travelodge Hotels, Inc. v. Durga, LLC, 2018 WL 5307809 (D. NJ, 10/26/2018). Defendant was a franchisee of plaintiff. Defendant ceased operating and plaintiff filed suit for damages for breach of contract. Plaintiff ultimately received a default judgment. Defendant now seeks relief from that judgment. He argued his failure to defend was excusable because he was traveling the world searching for experimental medical treatments for their daughter who suffers from a rare anoxic brain injury which worsened about the time of the lawsuit. Per defendant, this search “consumed” his life. The court granted the relief, noting that the defendant’s inattention to the lawsuit was excusable given the daughter’s illness.

Eminent Domain
9. North Carolina Dept. of Transportation v. Laxmi Hotels, Inc., 2018 WL 2207793 (05/15/2018). Defendant operates a Super 8 Motel. The Department of Transportation (DOT) sought to widen and improve the street on which the hotel was located. As a result of the work, the hotel lost several parking spaces. Also, due to a 15-foot tall retaining wall installed, visibility of the facility from the nearby thoroughfares was totally lost. The DOT claims it explained the extent of the work to be performed. The hotel’s president stated the DOT assured him the hotel would not lose any parking spaces and failed to explain the height of the retaining wall. As a result of the lost parking and street visibility, the hotel claims the DOT significantly underpaid for the taking since the loss of parking and visibility severely impacted the value of the hotel. The court agreed that the DOT did not adequately inform the hotel of the extent of the taking of hotel property. The court thus ordered the DOT to provide just compensation. The case was remanded for further calculation of appropriate reimbursement for the hotel.

Karen Morris is an elected Town Justice in Brighton New York, a Professor of Law at Monroe Community College (MCC), and an author. She was elevated to the title of Distinguished Professor, awarded by the Chancellor of the State University of New York.

She has written several textbooks including numerous editions of Hotel, Restaurant and Travel Law, the latest of which was published in 2017 by Kendall Hunt and won a Textbook Excellence Award from Text and Academic Authors Association. She also wrote two editions of New York Cases in Business Law for Cengage Publishing. In 2011, she published Law Made Fun through Harry Potter’s Adventures, and in 2017, Law Made Fun through Downton Abbey. She also co-authors Criminal Law in New York, a treatise for lawyers. She writes a column for Hotel Management Magazine entitled, Legally Speaking, and a blog for Cengage Publishing Company on the law underpinning the news.

Among the courses she has taught are Hotel and Restaurant Law, Business Law I and II, Constitutional Law, Movies and the Law, “The Michael Jackson Trial” and “O.J. Simpson 101; Understanding Our Criminal Justice System.” Her course offerings include some in traditional classroom settings and others online. She won the Excellence in Teaching Award in 1994, having been selected by her peers, and the Chancellor’s Award for Teaching Excellence in 2002, conferred by the Chancellor of the State University of New York.

Diana S. Barber, J.D., CHE, CWP is currently an adjunct professor teaching hospitality law and hospitality human resource management at Georgia State University in Atlanta, GA. In addition, she conducts a one-day workshop on contracting and risk management for the Events and Meeting Planning Certificate Program offered by The University of Georgia in Athens, Georgia.

In 2017, Diana became a co-author of Hospitality Law, Managing Legal Issues in the Hospitality Industry (5th Edition), along with Stephen Barth.
Ms. Barber is a recipient of the J. Mack Robinson College of Business Teaching Excellence Award in 2011 and was awarded 2011 Study Abroad Program Director of the Year by Georgia State University. In addition, Ms. Barber is the recipient of the 2010 Hospitality Faculty of the Year award and in 2012, received a Certificate of Recognition from the Career Management Center for the J. Mack Robinson College of Business. Ms. Barber is a member of Phi Beta Delta, an honor society for international scholars. Diana also completed her certification as a Certified Wedding Planner through the nationally recognized [the] Bridal Society.

Ms. Barber has recently launched a consulting/speaking company called LodgeLaw Consulting using her combined academic and hospitality legal skills; specializing in providing education to hospitality companies on preventative measures to reduce legal exposure, as well as a full range of legal services to hotels, motels, restaurants, event planning companies and private clubs. She has over thirty years of legal hospitality experience. Diana began her law practice as an associate attorney at King & Spalding in Atlanta, Georgia after graduating cum laude from Walter F. George School of Law at Mercer University in Macon, Georgia. She then spent over fourteen years with The Ritz-Carlton Hotel Company, LLC serving as vice president and associate general counsel. She is a member of the State Bar of Georgia, G.A.H.A., and the Georgia Hotel & Lodging Association (“GHLA”).

"For 22 years as Brighton Town Judge I have enforced the law, applying the rules without favor. As a judge, I blend fairness, impartiality, diligence, caring and firmness in all my decisions. Like you I am concerned about the safety of our community, the future of our young people, and the wellbeing of our residents. To those ends, I hold convicted defendants accountable, and for nonviolent offenders I include mandatory rehabilitation programs to help eliminate repeat criminal behavior" Additionally, 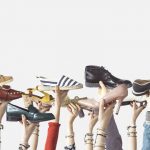 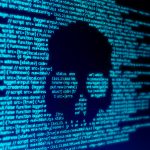