Some may say the minimum wage raise is inevitable. Of course there are staunch opinions on both sides raising very challenging issues. “Gov. Jerry Brown [of California] announced a landmark deal between lawmakers and union leaders that would increase the state’s minimum wage to $15 an hour by2022 for employers.” California’s current $10 per hour would be gradually increased over the next six years. Brown comments ” This plan raises the minimum wage in a careful and responsible way and provides some flexibility if economic and budgetary conditions change.” It should be noted that “if the legislature does not adopt the plan as negotiated…the group may go forward with bringing the minimum wage hike directly to voters.”

Lisa Jennings reports on the details of this wage hike. Providing perspectives from all sides, she captures a more complete picture of those involved and their reactions.

Increases to Minimum Wage by West Coast States Are On the Up and Up November 27, 2013
Wage/Hour Law Compliance for International Business Travelers and Guest Workers June 30, 2014
Hospitality Industry Remains in the Cross Hairs of Department of Labor Following Wage Violation Study December 26, 2014 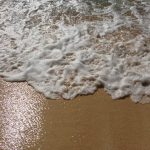 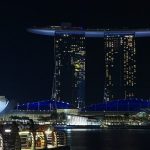