In a decision published this week, the Fourth District Court of Appeal in San Diego held that a patron chased by a chainsaw-wielding actor at a Halloween haunted attraction assumed the risk he may become frightened, run and fall as a result of that fear when he chose to engage in the activity, and therefore had no claim against the facility. The decision in Scott Griffin v. The Haunted Hotel, Inc., applied recent Supreme Court authority that extended the doctrine of primary assumption of risk, previously applied almost exclusively to sports and athletic recreational activities, to amusement attractions. The decision affirmed a summary judgment won in San Diego County Superior Court by attorneys from the San Diego office of Murchison & Cumming, LLP, who went on to win the appeal. Jefferson S. Smith was lead counsel, and Scott J. Loeding and David M. Hall handled the motion and appeal.

” ‘Patrons in a Halloween haunted house are expected to be surprised, startled and scared by the exhibits but the operator does not have a duty to guard against patrons reacting in bizarre, frightened and unpredictable ways’ [citations omitted],” wrote Justice Gilbert Nares in the unanimous opinion. The appellate court affirmed the ruling of the Hon. Katherine A. Bacal, Judge of the Superior Court.

Justice Nares concluded: “[T]he very purpose of the Haunted Trail is to frighten patrons. Haunted Hotel informed patrons the event had ‘high impact scares.’ Patrons in a Halloween haunted house are expected to be surprised, startled, and scared by the exhibits. That is what Griffin paid money to experience. At bottom, his complaint here is Haunted Hotel delivered on its promise to scare the wits out of him.”

On October 15, 2011, Plaintiff Scott Griffin, a Los Angeles mortgage broker in his 40’s, joined a group of friends at a Halloween outdoor scare attraction, The Haunted Trail, in San Diego’s Balboa Park. The attraction, owned and operated by Defendant, The Haunted Hotel, Inc., features costumed actors portraying ghouls, zombies and other monsters, armed with prop weapons, who are employed for the express purpose of terrifying the paying customers. The “trail” leads from one creepy temporary structure to another, each presenting a different horror scene. The actors often jump out from dark places, sometimes inches from the patrons, trying to optimize the scare. Defendant provides many warnings that The Haunted Trail is not for the faint of heart, even promising in an orientation audiotape that visitors will be “scared sh—less and try to run, but if you do our creatures will chase you down like the chickens that you are!” The last horror scene features multiple actors who menace patrons with live operating chainsaws, though the chains have been removed, rendering them harmless.

On the night of his visit, Plaintiff made it through the trail without incident, passing the chainsaw-wielding creatures, and walked through an opening in the screen-covered fence, joining his friends on a blocked-off park access road. He believed, after stepping outside the “gate,” that the attraction was over. What Plaintiff did not know was that Defendant also controlled the access road during the event, and that Plaintiff and his friends were in for The Haunted Trail’s signature scare, known as “The Carrie Effect.” (The name is derived from the 1970s horror movie, “Carrie,” which ends with a jolting, unexpected final scare. According to the owner of The Haunted Hotel, Inc., the message of “The Carrie Effect” is, “You might think it’s over … but it’s not over.”)

As Plaintiff regrouped with his friends on the access road, a chainsaw suddenly started up behind them and one of the actors approached, menacingly. Plaintiff said the actor invaded his space and Plaintiff repeatedly told him to back off and to stop, but the actor kept coming. So Plaintiff ran. As Defendant promised in the orientation audiotape, the actor with the chainsaw gave chase and, shortly thereafter, Plaintiff fell, sustaining a broken wrist and injured thumb. Plaintiff did not allege that the actor pushed him or even touched him, but said that he came dangerously close to him with a chainsaw that, apparently, Plaintiff believed was armed with the cutting chain. He testified at deposition that he feared the actor may accidentally stumble forward and cut him, but could not say that he believed the actor was trying to hurt him.

Plaintiff Contentions*: Plaintiff’s First Amended Complaint alleged causes of action for Negligence; Negligent Hiring, Training, Retention and Supervision; and Assault, and included a claim for punitive damages. Plaintiff alleged that The Haunted Hotel, Inc., was negligent in chasing patrons with chainsaws; in continuing the scare outside the “gate” where Plaintiff had an expectation that the event was over; and in entrusting young actors, earning minimum wage, with the decision of whether a particular patron had become too frightened to continue scaring. Plaintiff also alleged that Defendant was negligent in hiring its youthful employees, provided inadequate training and continued to employ actors who had already proven “too wild” for the job. Finally, Plaintiff alleged that Defendant’s menacing of visitors with chainsaws amounted to assault, and that Defendant’s policy of chasing patrons who run, even though Defendant acknowledged that running is the main cause of minor injuries at The Haunted Trail, was “despicable conduct,” supporting a finding of malice and giving rise to imposition of punitive damages.

Defendant Contentions*: In its Motion for Summary Judgment, The Haunted Hotel, Inc., contended that Defendant owed Plaintiff no duty of ordinary care, pursuant the doctrine of primary assumption of risk, and therefore all of Plaintiff’s claims were barred. Defendant urged the Court to follow the California Supreme Court’s recent decision in Nalwa v. Cedar Fair, LP (2012) 55 Cal.4th 1590, in which the Court found that primary assumption of risk, a doctrine traditionally applied to sports and recreational activities, also applies to an amusement park bumper car ride. Defendant argued that, like the plaintiff in Nalwa, who was injured when bumped too hard by a bumper car, Plaintiff in this case assumed the risk that his reaction to becoming too scared at a haunted attraction may prompt him to react in a manner that caused him injury. (Defendant also argued it was entitled to summary adjudication of the Assault cause of action and Plaintiff’s claim for punitive damages, but the Court never reached these contentions.)

Judge Bacal granted The Haunted Hotel’s motion for summary judgment on August 22, 2014, finding that the doctrine of primary assumption of risk applied. That ruling now has been affirmed by the Court of Appeal. 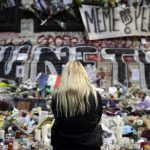 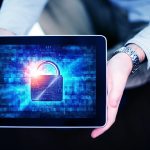