Mr. Eiler grew up in the hotel and restaurant industry in Las Vegas. With a father who helped opened the Stardust Hotel in 1958 and a mother who was employed at the Sands Hotel, he has worked nearly every department there is in the hotel industry. Mr. Eiler has more than 10 years of hotel operations experience, even working full time during his first year of law school as a front office manager for a resort hotel in Anaheim, California.

A sought after author and speaker, Mr. Eiler brings his years of experience as a thought leader and industry expert to the Hospitality Law community. As an active participant in several key trade industry associations, he also helps shape regulations and legislation affecting the hospitality industries on an ongoing basis.

“We are very excited to have James and his team join our firm in general, and our hospitality practice group in particular,” said Managing Partner Dan L. Longo. “We look forward to combining our experience in this area with the new clients that James brings with him.”

Mr. Eiler lectures on Hospitality Law at California State University Long Beach and is a former Adjunct Professor of Hospitality Law for the William F. Harrah School of Hotel Management at the University of Nevada, Las Vegas, dedicating much of his career to mentoring young lawyers as his way of giving back to the legal profession.

A graduate of University of Nevada, Las Vegas with a B.S. in Hotel & Restaurant Administration, Mr. Eiler continued onto law school at Western State University College of Law where he was awarded the American Jurisprudence Award for Contracts, profiled in Who’s Who in American Law, and was on the National Dean’s List. 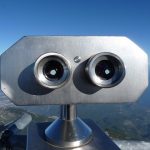 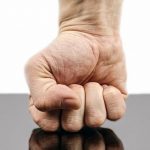