It’s Never Been So Important – See Something, Say Something

It’s Never Been So Important – See Something, Say Something

After the horrible terrorist attacks in Paris and a few weeks later, in San Bernardino, law enforcement officers and intelligence officials around the world are understandably concerned about possible future attacks.  These public servants sacrifice immensely, doing their best every day to try and keep us safe.  Similar to the weather forecaster, they arrive at educated and insightful conclusions about future crime and terrorism trends using various tools at their disposal.  Their tools, including intelligence from a variety of sources, are sophisticated.  They try to cover all the bases, but unlike baseball, this game has more than just three.

Intelligence gaps will always be a part of the equation when strategizing in counterterrorism circles and those that are charged with its analysis are handicapped without regular access to well-placed sources, those with the right “access”.  Pressing intelligence needs today may include detailed information about Isis adherents, the strength of Isis forces, outside support to the group, including financing as well as vulnerabilities and motivations of members.  Significantly, after the above-mentioned attacks, intelligence priorities certainly include reliable information on radicalized individuals posing as refugees heading to Europe.  Similarly, heavy emphasis is undoubtedly being placed on visa scams and suspect sham marriages, especially between Westerners and those coming from unstable regions.

But all the well-placed human and technical source-derived intelligence is incomplete without the assistance of the public.  The phrase and the meaning of “see something, say something”, have never been more important than they are today.  What appears to be suspicious or unusual activity as observed by a reasonable citizen with good intentions may well be that key grain of intel that police or the FBI needed to solve a case or to prevent an act of terror.  It may also be the initial lead law enforcement receives on a heretofore unknown attempt to violate the law or to threaten the homeland.

Hence, the assistance of the public in thwarting terrorist attacks is crucial.  For that reason, we encourage all citizens to report what appears to them to be suspicious activity.  It may turn out to be nothing, but as long as the citizen’s reporting of such activity is done in good faith, no harm, no foul.

Remember that your local police department and the FBI can take reports of suspicious activity and do just that on a daily basis.  There is also the “terrorist liaison officer”, or “TLO” program, a highly successful collaboration between agencies through which state and local officers, often assigned to a local precinct and working on the street, report suspect information of a homeland security nature.  The information then goes “up the chain” and is analyzed and vetted by a regional intelligence center or Joint Terrorism Task Force.  If the activity is deemed to be a credible threat, investigators are assigned.  If it gets “washed out” as nothing, at least it was reported and the data contained in the report is retained for future reference.

A good example of reporting done by a TLO could be as follows:  A local police officer is interviewing bank employees after a robbery or attempted robbery.  After finishing up, he exits the bank and proceeds to his vehicle.  In checking his environs, the officer notices an individual in plain clothes who has jumped the fence separating the street from a public utility-controlled canal.  The individual accesses a control box while looking around.  He then slams the box shut, hops the fence and speeds away from the area in an unmarked vehicle.

The activity that the officer observed may not be illegal.  Accessing a utility box within a controlled access area of a canal may be a legitimate activity of the operating authority.  But based on the officer’s experience, the fact that the person he observed was not wearing the utility’s uniform, and was not driving the company van seemed strange.  Furthermore, speeding away from the scene was also unusual.  The officer promptly accesses a dedicated form and possibly dedicated, secure on-line database and files a “suspicious activity report”, or SAR.  The process of vetting and corroboration then begins.

Although the average citizen does not have access to the law enforcement database for filing a SAR, different departments and jurisdictions have made it very easy for the public to report suspicious activity.  Various “tip” lines are available through local police departments and all federal law enforcement agencies.  Furthermore, a citizen can call his or her local authorities and ask to speak to a TLO.  Better to report the information than to sit on it, thinking that it was probably nothing.  Let the professionals decide and above all, do not conduct investigation on your own if you are not a sworn law enforcement officer.  Not only could it be dangerous, it just might be illegal as well.

What are some of the suspicious activity indicators that might presage terrorist activity?  Our website will publish a list of them in January.  In the meantime, send us your comments on this article through the portal on the homepage of our website. 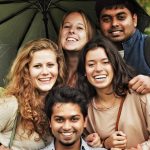 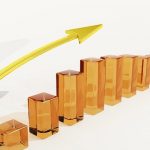