Recently, much discussion has occurred in the US press and in other circles regarding the recent conviction-upon Italian government appeal-of Amanda Knox in the murder of her roommate, Meredith Kercher.  Will the US extradite her?  Is she subject to Italian law?  Is this double jeopardy, since she was acquitted once already (after a successful appeal post-conviction in a lower court)?

The answers to those questions and the legal basis justifying them reside in the details encapsulated in the US-Italy Treaty of Mutual Legal Assistance, one of the oldest in force today.  It remains to be seen whether the Italian Ministry of Justice will request her extradition and whether the US Department of Justice will appear before a US federal district court to act on a provisional request for arrest.  So far, the government of Italy has not requested extradition.

If all this legal talk sounds confusing, the purpose of the above is to illustrate a few details of what a Mutual Legal Assistance Treaty or MLAT means in the realm of criminal justice cooperation between nations.  There are dozens of MLAT treaties currently in force between the US and several nations.  Each MLAT treaty must go through a ratification process in both countries that are signatories.  In the US, MLAT treaties, like all treaties, require approval by the US Senate.  Once ratified, it has the force of law, meaning that it is not at all easy for the US or the other signing party to wiggle out of its obligations.

Importantly, it is vital to understand that in cases where civil litigation requires evidence from overseas, the private individual must rely on his or her attorneys in country to file an action requesting the production of such evidence.  Think of resolving claims over residential property after the death of the property owner, in other words, an inheritance matter.  The MLAT treaties regulate activities between states, not between individuals.  So, you’re on your own in the case of property rights, divorce settlements, or civil liability/damages/restitution.

Finally, MLATs are written with the understanding that before evidence can be transferred from one country to another or before a person can be arrested in one country at the request of another, the alleged crime in the requesting country must also be a crime in the country where the defendant is located.  For example, drug trafficking, murder or sexual assault is a crime in the US as well as in most others, so that hurdle is overcome.  Criminal association (not conspiracy) is not a violation in the US, but is in some other counties, so the treaty would not grant the arrest of a person in the US charged with that offense.

With regard to judicial cooperation within the EU, the old bilateral MLAT agreements have been supplanted by the multi-faceted agreements ratified by the European Parliament and implemented by the European Commission.  These agreements spell out EU-wide terms of criminal justice cooperation between member states, including use of the European arrest warrant, which permits one EU member to execute the arrest of a person wanted by another member state without seeking additional authorization from a justice ministry. 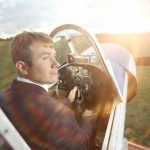 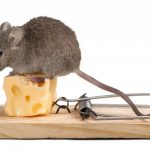