The Top 4 Ways to Fly Privately

The Top 4 Ways to Fly Privately

When entering the world of private flying it’s important to fully appreciate all of your options and to know precisely which one will benefit you the most. Making a choice between the various forms of private flying can be difficult, and sometimes it helps to think about your options as you would when ordering at a restaurant. Whether choosing how to fly privately or how to dine out, understanding the available selections and factoring in your specific budget and taste are paramount.

For your consideration, here are the main forms of private flight:

Ad hoc charter is one of the most flexible methods of flying privately. Essentially it’s air charter “on demand”- you choose your desired aircraft, flight route, and desired date. Once a booking is scheduled, prices and availability are guaranteed and all is taken care of in a single payment. Ad hoc charter is like buying a la carte. Imagine the waiter is your broker and the menu lists your charter options- you order what you like and they take care of the rest. All you need to do is pay the bill.

In 2002, Mathews moved to London-based Air Partner as senior vice president. The company, which began in 1961 as a school for military pilots converting to civilian flying, changed its focus to aircraft brokering in 1983. It now has $324 million in annual sales and 20 offices worldwide. It neither owns nor operates aircraft; instead, it works with more than 700 charter operators. It is the world's only publicly traded air-charter broker (listed on the London Stock Exchange) and the only firm to hold a royal warrant as supplier of aircraft charter to Her Majesty Queen Elizabeth II. Mathews, who has played an important role in the company's growth, became president of its U.S. operation in 2003. We talked with him in New York recently about that operation and about Air Partner's global plans. 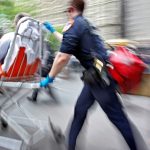 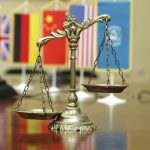