As of late 2014, the United States faced no Ebola pandemic whatsoever. The odds of catching Ebola in an American workplace remained statistically zero. Only a handful of Ebola cases had made their way to the United States, and a few hospitals aside, every American workplace remained Ebola-free. Only two employees had caught Ebola on an American job site—both at the same Dallas hospital. Both survived.

And yet American employers have been battening down for the Ebola pandemic possibly to come. Industrial health and safety experts have been recommending Ebola protective measures. Conferences on Ebola have been scheduled. Law firms have issued bulletins explicating the theoretical legal issues that might emerge were Ebola to infect American workplaces. The US Occupational Safety and Health Administration has even drawn criticism for not giving employers enough detailed guidance on preventing Ebola.

Meanwhile, where an actual Ebola pandemic rages in real time and endangers countless workers is West Africa, particularly Liberia, Sierra Leone and parts of Mali and Guinea. The World Health Organisation had declared Africa’s Ebola pandemic a “Public Health Emergency of International Concern.” The pandemic has killed well over 5,000 Africans with “more than 150 Liberian medical workers [having] died from Ebola.” (S. Fink, “Treating Those Treating Ebola in Liberia,” The New York Times, Nov. 6, 2014)

As of 2014, the most urgent real-world Ebola risk threatening the American workforce is in Africa—that is, the danger US-based staff face when traveling for work to West Africa. Think of researchers, journalists, consultants, medical relief workers, infrastructure development teams, government staff, government contractors, and American expatriates who happen to live and work where Ebola strikes.

And so the most practical Ebola question that employers should be asking about their American staff is: What is our liability risk as to our US-based employees and expatriates who contract Ebola while working overseas?

Ban Smoking and Lighters in Planes and Airports: Fire and Jet Fuel? Everyone Knows Better July 30, 2013
Coughing in the Cabin: Commercial Flights, Illness, and Passengers Who Save the Day July 30, 2013
Tackle Hotel Spend in a Disciplined and Professional Manner January 24, 2014 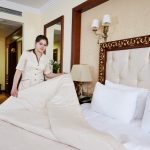 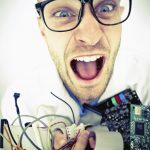