When employees travel in large groups, risk managers often lean back and relax. Booking tickets simultaneously, arranging transportation in one go, and providing a single, large pre-trip briefing to all concerned, certainly sounds a lot easier. However, this sense of ease is exactly where danger can lurk. While convenient, large group travel can also instill a false sense of security into both employees and their travel managers. Although travelers within a group may assume they will look out for each other, thereby reducing the chance that something bad may occur, in reality, there is no guarantee that risks are lessened. In fact, when traveling with a large group, it is still important to pay as much attention to your surroundings as you would when traveling alone.

In some situations, it is actually more risky to travel in large groups, since they carry the risk of becoming a target of protestors, extremists and criminals, who often choose highly visible and largely attended events to maximize the impact of their message. In fact, according to the US Department of State’s Worldwide Caution issued on April 10, “Extremists may elect to…target both official and private interests. Examples of such targets include high-profile sporting events, residential areas, business offices, hotels, clubs, restaurants, places of worship, schools, public areas, shopping malls, and other tourist destinations both in the US and abroad where US citizens gather in large numbers, including during holidays.”

Another risk inherent in large group travel that many companies don’t consider is the mixed demographic of the group, especially as it pertains to comfort levels with international travel. “For example, junior employees may be leaving the country for the first time, and are more prone to taking risks,” notes Tom Davidson, VP of sales and marketing at On Call International. “It would be wise to assign them to a group containing more seasoned travelers. In this way, senior employees can help model and reinforce the importance of appropriate behavior for junior employees.”

On Call, headquartered in Salem, NH, provides medical evacuation and emergency assistance to travelers anywhere in the world.

As indicated by the US State Department warning, mass gatherings such as high profile international sporting events can become popular venues for those with anti-government agendas to air their grievances. The recent World Cup in Brazil, where over 2,000 activists took part in anti-World Cup protests, as well as the June 2013 FIFA Confederations Cup, when over a million people participated in demonstrations to protest government corruption and financial mismanagement, highlighted these concerns. Many of the protests turned violent and several resulted in fatalities.

Travelers in large groups at such events should also pay heed to the risk of being injured within such a confined, high-density crowd. Even what normally starts as a minor demonstration has the potential to spiral into violence and create dangerous conditions where injury – especially by trampling – can occur. Furthermore, protests can clog traffic arteries, making travel to and from hotels and airports a significant security concern.

Another risk factor in large group travel to international sporting events is the transmission of communicable disease, since large numbers of people are concentrated in one area and germs can spread quickly. For some travel managers, keeping track of multiple employees’ health concerns during the Olympic Games in Beijing was no minor task. With each employee possessing a unique set of pre-dispositions or pre-existing conditions, it was important to be able to find employees wherever they were, locate appropriate medical care if needed, and overcome linguistic and cultural barriers along the way.

Additionally, protecting intellectual data was a concern that surfaced during the recent 2014 Winter Olympics in Sochi. With reports of cyber terrorism hitting the news, some travel managers were particularly worried about tracking their group’s proprietary information on a virtual level.

It’s a Duty of Care Thing

Fortunately, travel assistance and security providers offer a wide variety of services to help mitigate risks associated with large group travel, such as traveler tracking services. Other services are more sophisticated, such as having canine explosives detection teams, armed VIP protection or transportation and traffic management teams on the ground with your group.

No doubt, the provision of these kinds of services during large group travel is a duty of care issue. “Traveler tracking is an efficient way to keep track of employees in large groups and help meet duty of care,” says Charlie Terry, SVP of product management and product marketing at iJET International in Annapolis, MD. “It can be performed via an employee’s itinerary – that is, verifying the traveler is where he is supposed to be via air, train and hotel – or it can be done via mobile phone, wherein the traveler checks in manually by sending his or her latitude/longitude, often at frequent intervals. This type of tracking is often used in high Country Security Assessment Rating (CSAR) areas,” Terry explains.

Adequately preparing groups before they travel is another duty of care issue. This includes reviewing the threats inheent in the destination, especially if employees are unfamiliar with that location and do not understand security and cultural risks there. In order to effectively train travelers before departure, companies can perform desktop exercises to practice various scenarios such as a fire, bombing, evacuation or a medical emergency, including how to access third party medical and security assistance.

“Also, in addition to performing desktop exercises and site reviews, we provide intelligence before and during the entire duration of the trip to monitor any unexpected factors that may arise such as civil unrest, harsh weather, crime or anti-government protests,” Terry adds. “These factors often impair a group’s ability to move around freely. We also provide specialized trainings, such as for all-female groups, who may require extra information on the cultural and social norms of the destination.”

When Rotary International was planning a large meeting in a country that could experience disruptive strikes and demonstrations, they turned to iJET. “We plan these large meetings years in advance and began discussions about a year and a half before the meeting,” says Robert S. Mintz, manager of corporate relations and global travel for Rotary International in Evanston, IL. “iJET helped us identify the threats that might pose the greatest risk to our meeting and developed a detailed evacuation plan of assembly/pick up locations for our team should they need assistance. They also established a communications network that allowed us to push a broadcast text message to all staff who were assigned local cellphones that required a return receipt so we were sure they got the message and the system worked. About 96 percent acknowledged the test message within 10 minutes and thankfully the meeting was uneventful from a risk perspective and a success with the audience,” Mintz explains.

“Companies can also help meet their duty of care obligations by providing employees with the appropriate business travel coverages, including security, repatriation and evacuation,” states On Call International’s Tom Davidson. “Offering a mixed array of products can sometimes be the best bet; this array of products can range from the most basic services such as VIP transport to a very sophisticated and expansive solution that is completely customized to a group’s needs.”

Davidson provides a detailed example. “For instance, one of our clients had a group of 375 employees travel to Fiji; 75 spouses accompanied the employees, bringing the total group number to 450. After conducting a thorough analysis of their needs and the destination, we realized medical capabilities in Nadi maintained a Level 2 tertiary care ranking (Level 3 is the highest),” he says. “We reviewed a list of ailments that were treatable at a Level 2 clinic, knowing that anyone who needed a higher level of care would need to endure a 13-hour flight to New Zealand. After this analysis, we decided we would dedicate an air ambulance for 10 days in Nadi in case the situation arose that someone needed a higher level of care.”

On Call, which has an in-house chief medical officer, medical director and staff of doctors, also flew in a physician, who set up shop on site in Fiji and played a key role in identifying potential concerns. All employees traveling in the group had access to his cell phone number. In this case, the customized solution put the client at ease and mitigated potential medical risks, allowing the company to meet its duty of care objectives.

While duty of care towards employees is crucial, another issue of concern in large group travel is business continuity. “Companies must consider what it means for their future if the concentration of intellectual property in one location is destroyed,” states John Rose, COO of iJET International. “For example, suppose a pro-sports team puts 100 percent of their intellectual property (the players and coaches) on a single aircraft. If that plane crashes, the $2 billion valuation of the franchise goes to $0. It’s a risk they have to take, but a risk nonetheless,” he explains.

Similarly, the entire sales team, or executive committee, should not be sent to one location and never together on one flight, so they are not affected by one singular crisis. “An executive team should be broken into half and half; this is one of the lessons we learned from Haiti, when the earthquake wiped out an entire hotel in one particular location,” adds On Call’s Davidson.

Learning from these lessons is important, especially as trends in group travel are expected to grow. According to the Global Business Travel Association, spending by US businesses in 2014 is expected to increase to $288.8 billion. One of the reasons for this growth is increased spending on group trips, which will rise by 7.2 percent to $124.1 billion in 2014. In the end, organizations need to evaluate their capacity and skills in managing large group travel. If undertaking the effort in-house, companies should ask, do we have the risk management maturity? If utilizing a travel management company, is it experienced enough? “Take a step back and see if you can handle it,” advises Davidson. “If not, then don’t engage in large group travel without seeking the assistance of a provider who has the knowledge, experience and skill to do so successfully.”

Community Outreach and Organizing in the greater metropolitan Washington DC/MD area: developing and implementing cross-cultural and interfaith educational programs on a variety of issues, from "green" to the prevention of violence. Organizing service-learning projects for youth and families on social action issues such as hunger, alienation, and violent extremism. Public Policy: developing a community led intervention model in order to counter violent extremism (CVE). Identifying the risk factors for radicalization and researching avenues for building resilience in communities against violence. Writing, Editing and Analysis in Risk Management: multiple freelance publishing projects in the fields of commercial and personal insurance, corporate security and travel risk management. Special focus on Duty of Care issues. Cultural Competency: Broad cultural sensitivity due to ongoing projects in refugee resettlement, community service and international travel. Fluency in Urdu. 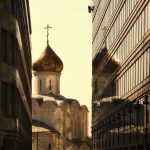