Political Risk Insurance for Businesses Operating in Russia and Ukraine

Political Risk Insurance for Businesses Operating in Russia and Ukraine

Given recent events, there is an increased interest in political risk insurance in Russia and Ukraine. However, it also appears that insurers have stopped underwriting political risk insurance, at least for exposures in Ukraine for the time being, and many insurers are declining to quote on Russian exposures, or are subjecting new inquiries to greater, and slower, underwriting scrutiny. The situation is exacerbated by threats and implementation of economic sanctions, which could lead to responsive economic measures, changes in the laws, or even steps by the governments resulting in payment delays or seizure or reprisals against foreign assets in those countries.

Coverage also can be tailored to meet specific needs through the private insurance marketplace (e.g., underwriters at Lloyd’s of London or AIG).

Kirk Pasich is the client strategy leader of Dickstein Shapiro’s Insurance Coverage Group and leader of the group's Political Risk Insurance Practice. According to the 2015 edition of Chambers USA: America's Leading Lawyers for Business, Kirk is one of the country's best-known and respected lawyers. He represents policyholders in disputes with insurers and insurance brokers, and focuses on maximizing the value of clients’ insurance portfolios. Kirk was recognized by Variety as one of the nation’s top 50 entertainment lawyers. He represents motion picture studios, television networks, production companies, record companies, actors, directors, producers, executives, book publishers, musicians, and others in insurance coverage, entertainment industry, and intellectual property matters. Indeed, Lawdragon describes Kirk as “the entertainment industry’s insurance guru,” while stating that he “is primo for movie studios, TV networks, Fortune 500 companies," and others. Kirk has handled more than 60 trials and arbitrations and more than 50 appellate proceedings. Since January 2007, Kirk has helped clients obtain more than $5 billion in insurance recoveries. He is a prolific author, speaker, and presenter, and his articles have been cited and quoted by numerous courts. 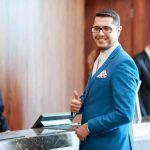