Corey Goerdt of Fisher & Phillips takes a look at the recent development of tip-credit procedures. Many of these procedures take effect in the early part of this year and are as varied as they are complicated per state and federal standards.

We’ve all struggled with what to do when we’re given conflicting orders.  Grandma says “have some pudding,” and Pink Floyd’s Roger Waters responds, “how can you have any pudding if you don’t eat your meat?!” Employers are increasingly facing similar (though perhaps less-existential) wage-related conflicts.

We’ve recently written about the steady stream of states and localities that have implemented their own minimum-wage laws.  These laws, which often create rights and obligations in addition to increased minimum-wage rates, can give some employers heartburn befitting a meal of pot-roast and pudding.

Sure, employers may be required to pay workers more in some places under these laws.  But multi-state employers often also have to decide whether to implement varying pay policies that mirror the patchwork of local, state, and federal laws, or to implement blanket nationwide policies that are based upon the highest applicable standards.

These decisions can become even more complicated when provisions intersect.  For example, on January 1, 2017, Colorado’s new minimum wage of $9.30 per hour took effect.  The state also raised the direct cash wage to at least $6.28 per hour for tipped employees for whom an employer takes the balance as a “tip credit” under state law.  (See our previous posts on tip-credits for more information – the details are not as simple as you might assume.)

Presumably as part of a lawmakers’ bargain underlying these changes, Colorado’s legislature also added a provision that supposedly allows employers to claim ownership of an employee’s tips. The employer must display a “conspicuous notice” to the general public stating that all tips are the employer’s property, rather than the employee’s.

We say “supposedly”, because Colorado’s new tip-ownership provision directly conflicts with the U.S. Department of Labor’s current tip-credit regulations under the federal Fair Labor Standards Act.  Those regulations prohibit an employer from diverting or asserting control over an employee’s tips for any reason, except:

◊       To the extent necessary to cover a proper credit against its FLSA minimum-wage obligations to the employee; or

Litigation is ongoing as to whether USDOL’s position is valid with respect to employers who take no FLSA tip credit. But at least some courts have backed the USDOL in this respect.

Consequently, Colorado’s new “conspicuous notice” tip-ownership provision will be of no help to employers who are using the FLSA tip-credit for workers in that state. Moreover, even employers who are not taking an FLSA tip-credit for Colorado workers must keep in mind the possibility that eventually a court consensus will emerge to the effect that asserting control over their employees’ tips runs afoul of the FLSA.

The Colorado illustration is by no means the only one.

For instance, New Hampshire’s minimum-wage rate is currently the same as the FLSA’s − $7.25 an hour. But that state’s law requires a higher direct-wage for tipped workers − $3.27 an hour − than today’s $2.13-an-hour FLSA figure. An employer of tipped workers in New Hampshire must ensure that the employees’ pay plan properly melds both state and federal obligations.

As another example, California takes a different approach altogether. That state’s law requires employers to pay tipped workers the full state minimum wage, without regard to tips.

Employers must take into account the requirements and restrictions of all jurisdictions in which they employ tipped workers, as well as how these provisions interact with the FLSA’s requirements. Sometimes the correct approach is obvious, but sometimes it is not. Given that many new state and local requirements take effect early in the year, now is a good time for employers to make sure that they are in compliance with all applicable laws.

Corey litigates and advises clients in disputes involving the hiring and defection of high-level employees. When his clients are hiring, he drafts and negotiates agreements to protect investments in executives and other essential employees, including non-compete, non-solicitation and non-disclosure provisions. When disputes arise regarding the hiring or defection of important employees, Corey litigates issues involving contract enforcement, trade secret protection, employee poaching, the duty of loyalty, and computer protection laws. Corey has also developed a knack for helping employers navigate the complexities of wage and hour laws. In the hospitality industry and beyond, he advises clients on white-collar exemptions from state and federal overtime and minimum wage laws. He counsels other clients on the use of independent contractors and related joint employment issues. Corey has experience litigating these and many other disputes in state and federal courts, as well as alternative dispute resolution venues like mediation and arbitration. Corey doesn’t spend all of his time on the front lines of employment law. He is also committed to providing pro bono legal services for those in need, and supporting the organizations in our community doing that work full-time. Corey formed a partnership between Fisher Phillips and the Atlanta Volunteer Lawyers Foundation’s Domestic Violence Project, through which Fisher Phillips attorneys provide consultation and direct representation to victims of domestic violence. Corey also serves as the firm’s coordinator for the Atlanta Council for Younger Lawyers’ Associates Campaign, an annual grass-roots campaign sponsored by associates at Atlanta-area law firms, which raises awareness and much-needed funds for the organizations like AVLF that provide pro bono legal services in Georgia. 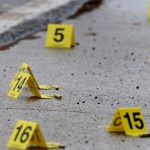 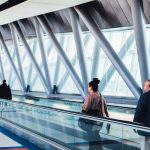