Don’t Settle Away Your Liability Insurance

Don’t Settle Away Your Liability Insurance

When settling a lawsuit against your company, you should do everything you can to keep your insurance company aboard. If the insurance company unreasonably refuses consent to a fair settlement, though, be prepared to fight.

Most hotels buy commercial general liability insurance to ensure that if they are sued by a third party, their insurance company will pay for the defense. Many hotel operators fail to recognize, however, that most liability policies provide the insurance company with the right, under certain circumstances, to control aspects of the defense of the underlying action, including whether and when to settle. It is crucial to know your rights and the rights of your insurance company when the prospect of settling a case arises.

Consent to Settle May Not Be “Unreasonably Withheld”

Most standard CGL provisions state that a policyholder may not enter into a settlement without an insurance company’s consent, stipulating that “[n]o Claims Expenses shall be incurred or settlements made, contractual obligations assumed or liability admitted with respect to any Claim without the Insurer’s written consent, which shall not be unreasonably withheld.” Other policies do away with the reasonableness requirement altogether. Some policies even purport to limit a policyholder’s ability to bring legal action against the insurance company seeking reimbursement for a settlement unless the settlement has been approved.

While these provisions make it clear that the policyholder must seek the insurance company’s consent before entering into a settlement with a plaintiff, courts generally do not permit an insurance company arbitrarily to withhold consent to a reasonable settlement. In Bogan v. Progressive Casualty Insurance Co., 521 N.E.2d 447 (Ohio 1988), a court ruled that an insurer may not avoid coverage by unreasonably refusing to consent to a settlement. In Traders & General Insurance Co. v. Rudco Oil & Gas Co., a court ruled that “[W]here the insured is clearly liable and the insurer refuses to make a settlement, thus protecting the insured from a possible judgment for damages in excess of the amount of the insurance, the refusal must be made in good faith and upon reasonable grounds for the belief that the amount required to effect a settlement is excessive.” 129 F.2d 621, 626-27 (10th Cir. 1942). Many courts have found this to be the rule of law even if the policy does not expressly state that consent will not be withheld unreasonably, because every policy contains an inherent, if unstated, duty of good faith and fair dealing.

Not All Refusals Are “Unreasonable”

While many courts hold that policyholders should not be bound by capricious or unreasonable refusals to settle, this does not negate the language of the “consent to settle” provision or the obligations it imposes. In Vincent Soybean & Grain Co. v. Lloyd’s Underwriters of London, 246 F.3d 1129 (8th Cir. 2001), the Court made it clear that an insurance company’s refusal to authorize a settlement does not in itself constitute bad faith, even if the policyholder keeps the insurance company fully informed and involved in settlement discussions. Policyholders Must Keep Their Insurance Companies Involved and Informed. 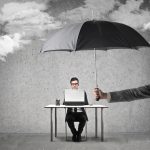 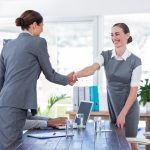