On May 6, 2015, New York City Mayor Bill de Blasio signed into law the Stop Credit Discrimination in Employment Act that would prevent employers from using credit checks, bankruptcies and liens to disqualify most applicants from employment. The bill was passed by the New York City Council by a vote of 47–3 in April. The law amends the city’s Human Rights Law to add protections prohibiting discrimination on the basis of an individual’s credit history by limiting most employer inquiries into or basing employment decisions upon, the credit history of a current or prospective employee.

Councilman Brad Lander, the sponsor of the law, explained the view of many consumer advocates that the use of credit checks in employment unfairly prevents law abiding citizens from obtaining employment due to student loans or medical bills that have ruined their credit and that the use of credit histories can have a disproportionately negative effect on low income and minority applicants. “Credit checks for employment unfairly lock New Yorkers out of jobs. There is no link that can be shown between credit history and job performance and now New York City reflects that fact,” stated Lander.

The ban on credit checks does not apply to:

• police, law enforcement, public safety and other appointed positions subject to background investigations by the NYC Department of Investigation;
• bonded and financial services positions;
• non-clerical jobs providing access to trade secret or national security/intelligence information;
• jobs with signatory or fiduciary authority over funds valued at $10,000 or more;
• jobs where security clearance is required by any federal or state law; and
• positions allowing the employee access to modify digital security systems designed to prevent the unauthorized use of networks or databases.

The law adds New York City to a list that includes 10 states (California, Colorado, Connecticut, Hawaii, Illinois, Maryland, Nevada, Oregon, Vermont and Washington) and the city of Chicago, all of which currently ban the use of credit checks of job applicants. Chicago (and several of the states) allow credit checks to be performed for any job involving money handling.

According to a 2012 study by the Society for Human Resource Management, nearly half of all employers utilized credit checks in evaluating prospective employees. The stated rationale for those employers doing so, according to the SHRM study, is that an individual who acts responsibly with respect to his/her own finances tends to be a better performer.

The New York City law goes into effect on September 3, 2015, 120 days after being signed by Mayor de Blasio.

Aggrieved applicants and employees would have the full range of rights and remedies available to individuals asserting other rights under the NYC Human Rights Law.

New York City employers should look carefully at the scope of their credit and background check protocols to ensure that they are in compliance with the Stop Credit in Discrimination in Employment Act and/or fall within any of the new law’s exclusions, prior to September 3, 2015.
Please contact the author if you have any questions or require additional information. 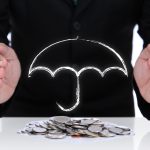 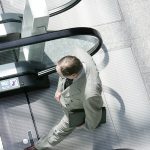